Seventy percent of the voters in Sonoma and Marin Counties backed the sales tax levy for the SMART commuter train three year ago, and enthusiasm and desire for the project remains high, as demonstrated at a lively midday rally in support of the train on Thursday. 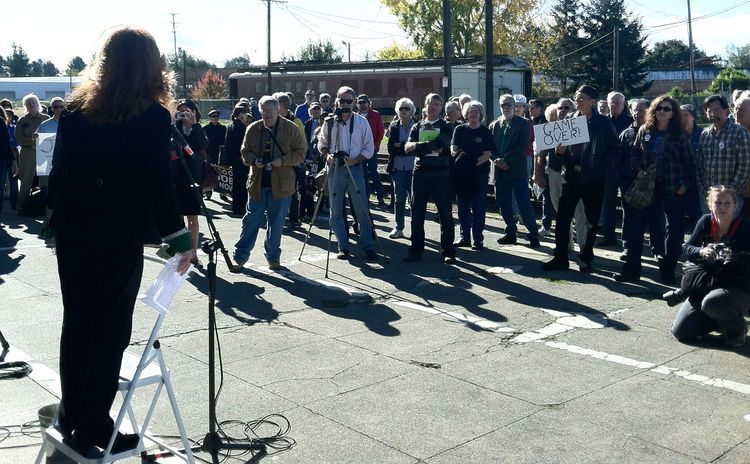 Supervisor Shirlee Zane addresses the SMART Train rally at the Santa Rosa rail station.State Senator Noreen Evans added that the effort to undo SMART appears to be part of a much wider campaign opposing rail projects across the country.

In addition to the bike trail that will run next to the railroad tracks, the train cars themselves are being built to carry bicycles as well as passengers. That capacity has fired up the imagination of Sandra Lupien, Outreach Director for the Sonoma Bicycle Coalition.