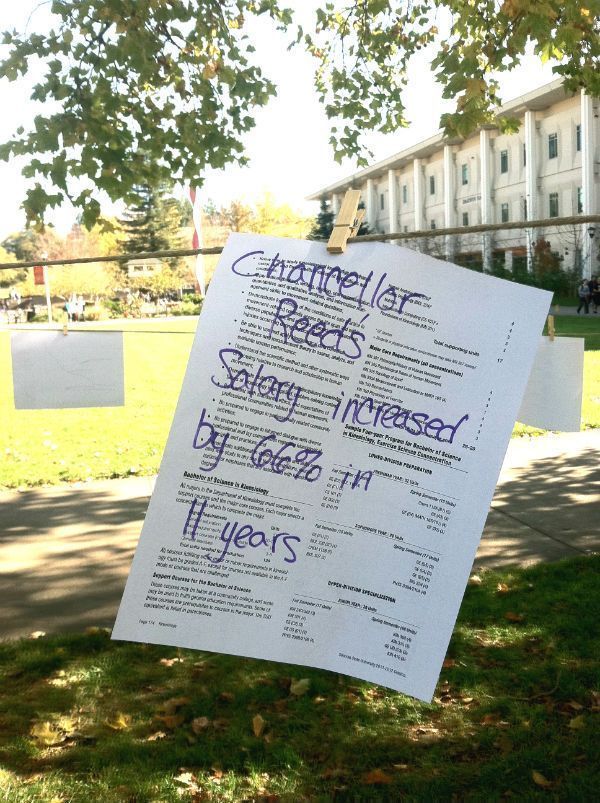 Small protest flyers, such as this one, were strung in banners between trees at several SSU campus locations on Tuesday.It's taking longer than ever for undergraduates to complete their degrees at Sonoma State and other California universities; meanwhile the cost of attending college has been bumping upward with increasing frequency. Unhappiness with those concurrent trends bubbled up on the Rohnert Park campus yesterday, but students got few satisfying answers to their complaints. 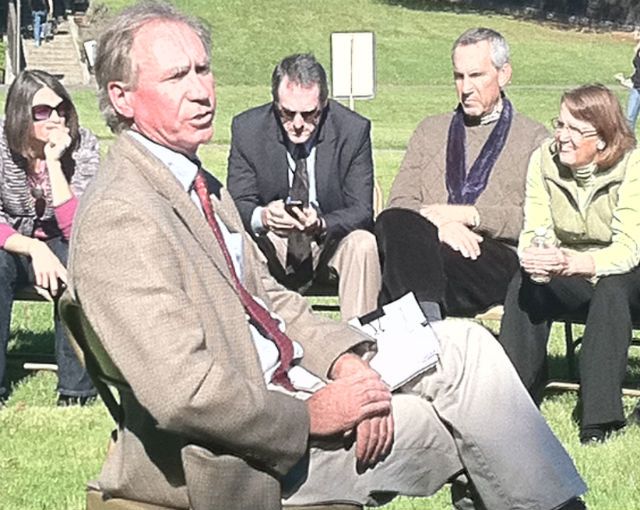 SSU Provost Andrew Rogerson met with students and staff  in a dialog circle on the central campus quadrangle at noon.Along with the concerns about capping the number of units students can enroll in, much of the dialog with Provost Andrew Rogerson focused on the cancellation of one specific course, Universtiy 238, which was a class tailored for training students in leadership skills. Kia Kolderup-Lane of Students for Quality Education was among those objecting to the change.

The back and forth between the Provost and the students was lively but polite, and afterward Rogerson said he felt it had been positive.

A large poster, announcing the changes in the registration cap on units adopted the night before was displayed near the dialog circle. poster

That leadership class will be replaced by a series of workshops to cover the same skills, but at about half the cost, Rogerson said. He is more concerned about the next round of belt-tightening that will result from California's shortfall in budgeted revenue projections, and even more about what might come after that.