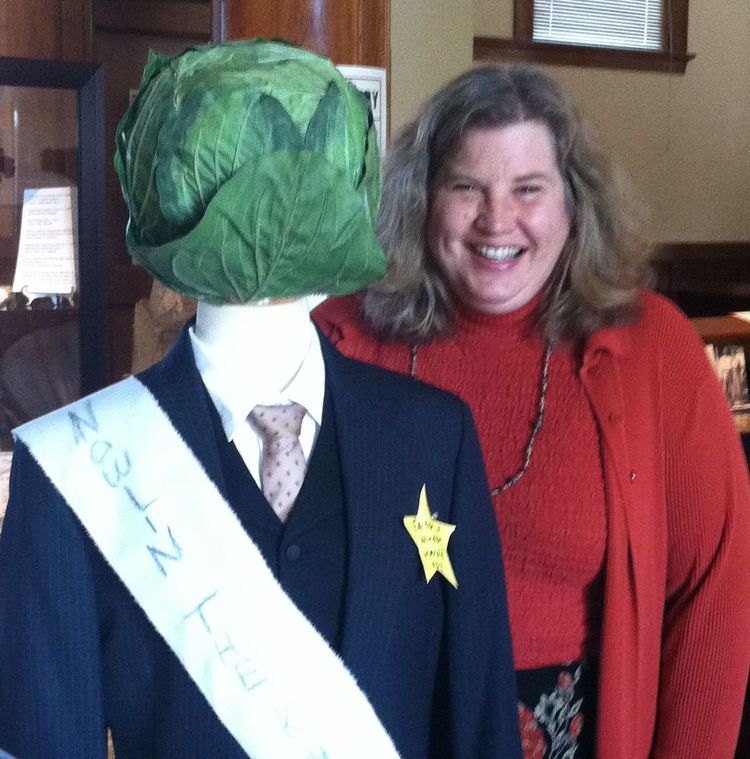 Healdsburg Museum curator Holly Hoods (she's the one on the right) with the recreated effigy of reviled newspaper editor "Nowlin the Knocker."From strange clowns to unsolved murders, even a low profile role in a high profile act of vigilantism, the sordid and unseemly side of Healdsburg's history is on display in their local museum.

The Twisted History exhibit opened at the Healdsburg Museum in September and continues through November 9th. But Museum Curator Holly Hoods says the idea had been germinating for years. 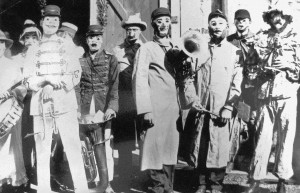 The strange and vaguely threatening Squeedunks, seen here in 1908, were among the colorful groups whose doings are documented in the Twisted History exhibit.One section of the exhibit is dedicated to "Colorful Characters," including the brawling hookers whose antics inspired the whole concept. Also featured in that display is the story of Cordellia Botkin, who became known as "the Chocolate Killer" for her efforts to extract her lover from his marriage. When the object of her affections did not secure the divorce she desired, Hoods recounts, Botkin took direct action herself. 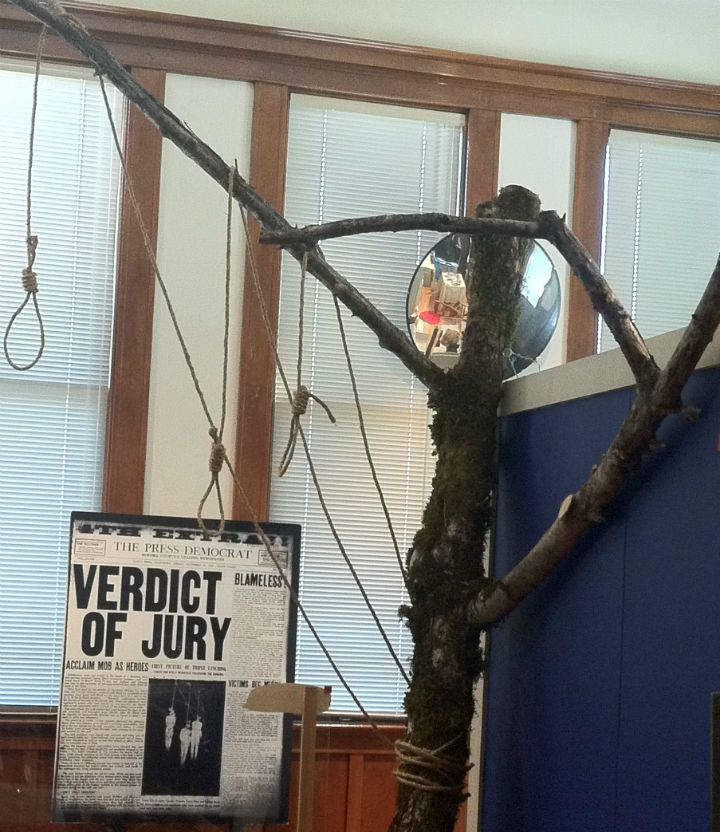 The three actual nooses from the 1920 triple lynching are on display, along with an enlarged copy of the newspaper headline trumpeting the verdict of the legal inquiry into the deaths.The December, 1920 lynching of three San Francisco gangsters who had killed three lawmen, including Sonoma County Sheriff Jim Petrie, is probably the most notorious "unsolved" crime in Santa Rosa's history. Although an inquest at the time returned a verdict of "death by persons unknown," the true identities of those vigilantes was an open secret in Healdsburg. Elizabeth Holmes relates the details in an excerpt from the audio tour for exhibit.

Not everything on display is grotesque or criminal. One wall holds examples of the mourning customs that were widely practiced a century or more ago, as explained here by Holmes.