"The Dolphin in the Mirror" 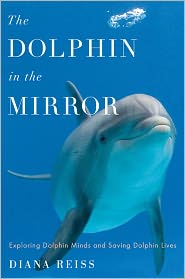 From ancient creation myths to rescues after recent tsunamis, humans have shared an affinity with dolphins. But we're still just beginning to learn how—and how well—they think.

Dolphins have been featured in human mythology down through the ages, all over the planet, explains researcher, professor and author Diana Reiss. And those stories have been reinforced in recent events as well.

The social nature of dolphins has long been observed, and more recently studies. Those inquiries have found that they have interactive relationships among themselves, which Reiss says can be considered as cultures. 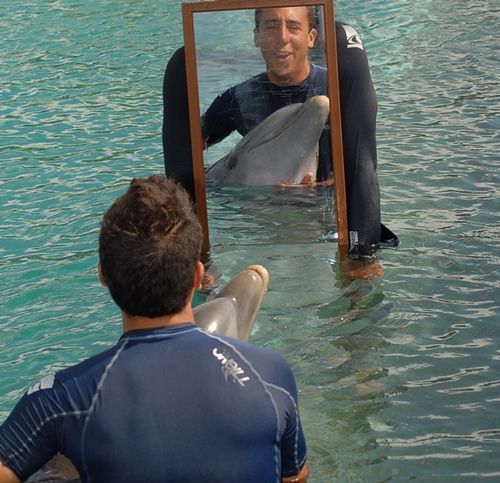 One of the experiments Reiss designed and conducted involved an underwater keyboard with an array of nine symbols, each associated with an object or action the dolphin might want, and a distinctive sound. She reports being amazed by the ways the animals quickly mastered the use of the keyboard, then incorporated the new sounds in their own playful activities.

Below, video of dophins looking at themselves in a mirror attached to the edge of their tank. The camera captured their actions through the one-way glass of the mirror.

Diana Reiss will talk about her book, The Dolphin in the Mirror, at the Sebastopol Community Church, Saturday evening at 7 pm. The event is sponsored by Copperfield's Books.

Add trailer from The Cove?