Everyone is unhappy about the reductions in hours at all 13 Sonoma County libraries. But there is some disagreement over other steps the library system might have taken to address a million dollar budget shortfall.

Melissa Kelly, chairman of the Sonoma County Library Commission, explains that the restructuring of library hours was done to cut nearly $250,000 in personnel costs for substitute workers.

Nobody likes the new library schedule, including Petaluma branch manager Doug Cisney, who says it creates hardships for library users. 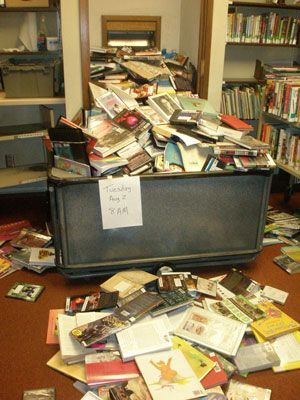 Deena Bliss, the "founding Mother" of Sonoma County Save Our Libraries, contends that both the library commission and the advisory boards at each local branch are unresponsive to public comments, and operate with a general lack of transparency.

These issues should get a full hearing at the next meeting of the Library Commission (now rescheduled to Sept 21, 6:30 at the Rincon Branch), where Bliss plans to deliver a sheaf of petitions calling for changes.