The workers who clean, cook, and help care for the inform and disabled are mostly women, and largely Latino. That's left them outside the labor protections afforded to most other workers, a situation that may be about to change. 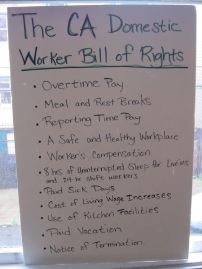 A right to sleep may seem like an odd thing to legislate, but it is an important safety concern for live-in caregivers. Maureen Purtill, an organizer with the women of the Graton Day Labor Center, explains.

As Assembly Bill 899 (read the full text here) moved easily through the California Assembly, it didn't face much resistance. But Purtill expects that to change in the State Senate, where one business sector is lining up in opposition. 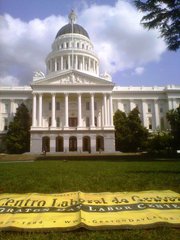 If the Domestic Workers Bill of Rights is passed by the legislature and signed by the governor, California will join New York as two key states to have adopted such a measure. Purtill says that would add major momentum toward a nationwide change in our labor laws.