"Blood on the Tracks" 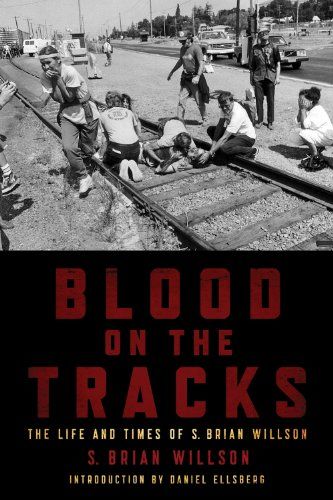 In a horrific peaceful protest gone wrong, S. Brian Wilson lost both his legs when he was run over by a train loaded with military weaponry. He's written about that experience, and much more, in a newly published memoir. 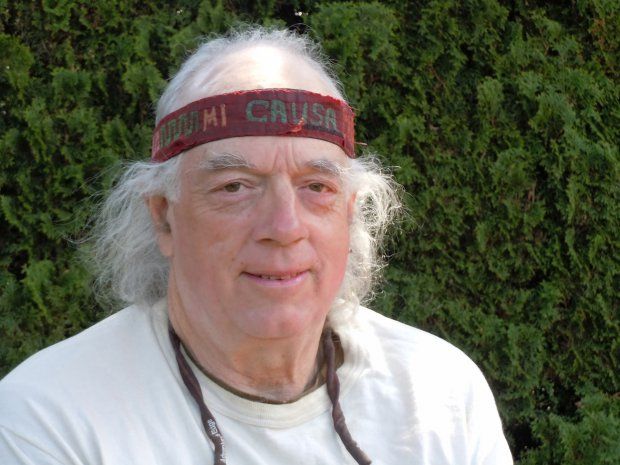 S. Brian WilsonAfter recovering from his encounter with the munitions train, Willson acquired a pair of prosthetic legs with which he can walk freely now. But because of the circumstances—and the politics through which he got them, Brian often refers to them as his "third world legs."

On September 1, 1987, Willson was quietly sitting between the tracks as the train approached, part of a well-publicized protest intended to delay, if not halt, the shipment of weaponry it carried. He says he has no memories at all of the locomotive bearing down on him or its impact. And he's surprised to have lived through the near-lethal encounter. 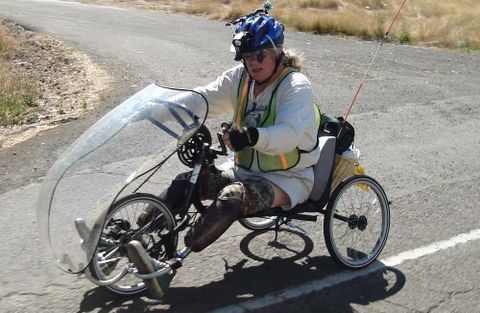 Willlson's book tour, which began in his hometown of Portland, has been somewhat leisurely in its pace, due to his decision to travel from town to town exclusively on his hand-powered bicycle.

BLOOD ON THE TRACKS is available for purchase from your favorite bookseller or from PM Press.