A Buck for the Parks 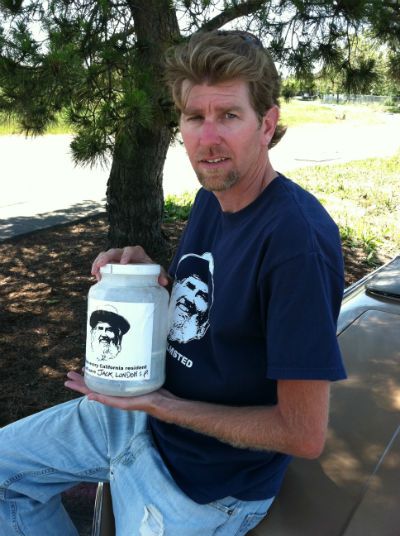 Eleven million dollars are needed to keep 70 of California's state parks from closing later this year. One man is out to raise that money, asking for just one dollar at a time. 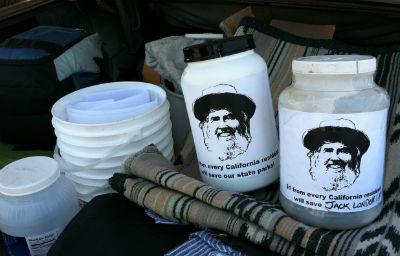 Alden Olmsted's low-tech tool in his A Buck for the Parks campagn is just a stack of white plastic buckets, to which he has pasted a black and white picture of his late father. But he's finding that's enough to trigger the imagination and enthusiasm of a growing corps of like-minded volunteers up and down California.

Buckets have so far been placed with "hosts" at 18 state parksites in northern California, with more to come. Donations may also be made via the one-page website Alden Olmsted has set up in his father's name just for that purpose. 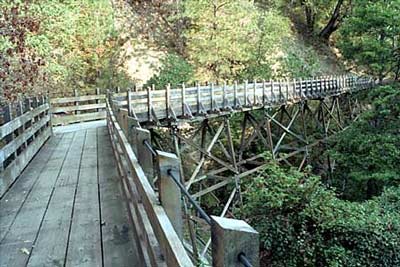 The wheelchair-accessible Independence Trail, shown at right, was the most innovative of the public park projects championed by the late John Olmsted.