John Daly says his bright riding garb is a form of protective coloration.The 36 mile round trip from Occidental to Santa Rosa Junior College is hardly flat, but it just a day's ride to work and back for Sonoma County's Bicycle Commuter of the Year. 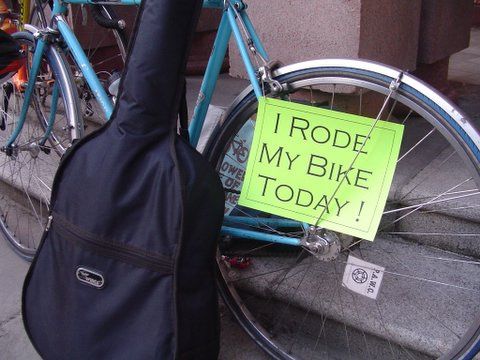 Although he's been making the trip from Occidental to Santa Rosa and back for many years, John Daly has had to make some changes to his preferred commuter route, as vehicle traffic patterns shifted over time.

Early morning darkness in wintertime will curtail Daly's ride a bit--he drives out of the hills to the flatter lands, then boards his bike--but the weather is not a consideration. Mostly, he says, he'll just power on through it.