Russian River, Then and Now 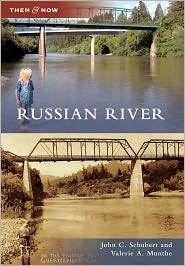 Back when Santa Rosa was still a sleepy farm town, the lower Russian River was a lively vacation hot spot. That history is a marked contrast with the region's present, and they both can be seen side by side in a new book about the area 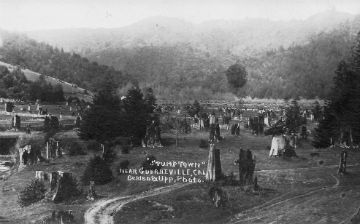 John Schubert's personal collection of historic photos of western Sonoma County (such as this early image that explains why modern day Guerneviille was once known as "Stumptown")  was previously the basis for a previous pictorial history of the Russian River area, a 2002 book written by local journalist Simone Wilson. But Shubert says there's no overlap with the images in the new book. 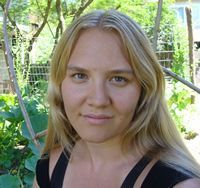 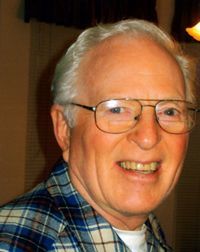 Valerie Munthe and John Schubert, (right)  the co-authors of Russian River Then and Now, both know Guerneville well. Val works at the Russian River Chamber's Visitor Center, while John was a long-time sheriff's deputy stationed there. They agree that the book has lots of offer both residents and visitors. 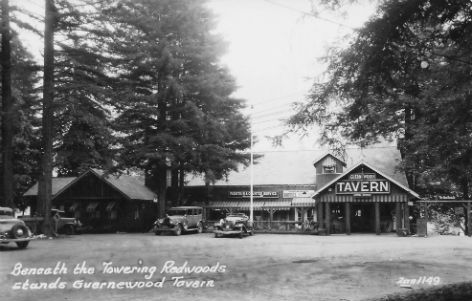 The large Guernewood Tavern (seen here as it appeared in 1949)  is an example of a one-time local landmark that has disappeared, leaving scant trace on the contemporary landscape. The site now is an empty beach, returned to nature and showing no sign of the bustling commerceial enterprise that flourished there a half century ago. Another building from that era, however, remains very much in place, although the contrasting images of what is now called George's Hideaway clearly show changes in the site beneath the structure, which was filled in (left) sometime before the 1970s. 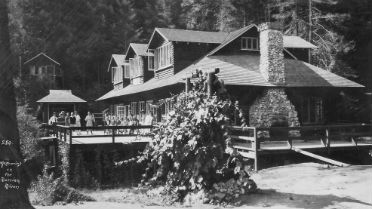 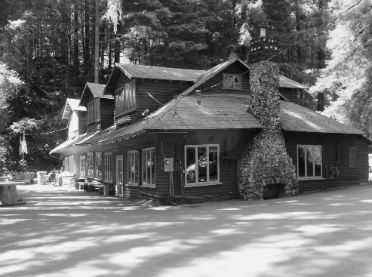