Community gardens, walking and bicycle paths, meandering creeks, and a habitat corridor for wildlife. All of these could be part of an urban open space "greenway" in a concentrated residential area of Southeast Santa Rosa. 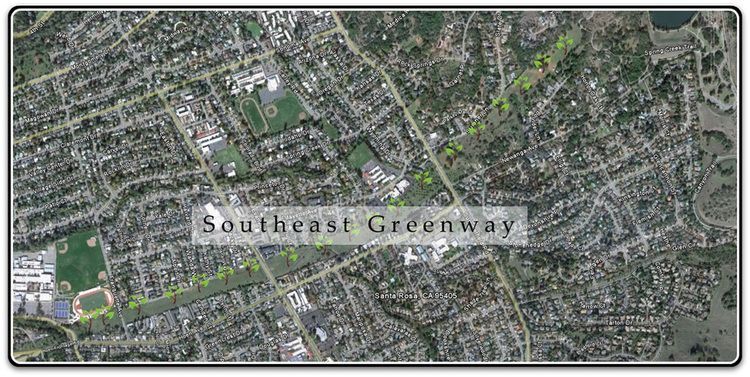 As seen in this ariel view, the former Highway 12 extension and potential future Southeast Greenway bends through a fullly developed urban neighborhood. That, says Linda Proulx, co-chair of the Southeast Santa Rosa Greenway Campaign, means a corridor of vacant property that has multiple existing access points (most of them currently fenced off) as well as a sense of untouched Nature.

When the team from the American Institute of Architects is here, June 6-8, Proulx says their role will be to collect as many ideas as possible for the future use of the Greenway corridor, and begin to distill them into an actualplan for the space. 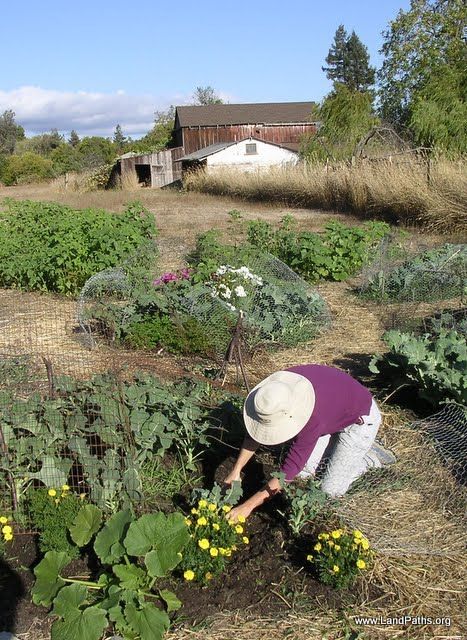 Jonathan Glass, who will be leading additional tours of the greenway site on May 17 and June 23, envisions a scattering of community gardens when the project is finally implemented, such as the Bayer Farm site (seen at right)  that Landpaths has cultivated in the Roseland neighborhood.

Another core constituency for the Greenway project, predicts Linda Proulx, will be bicyclists, who would benefit from a central link between two of the county's most popular existing riding areas.