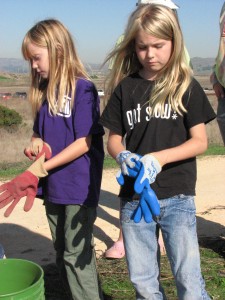 The account of how fourth graders restored a watershed in Marin and Sonoma Counties is just one of many remarkable stories on display this weekend at the Sebastopol Documentary Film Festival.

One of the strengths of his film, says Kevin White, co-director of A Simple Question, is its ability to show the full 17 year history of the STRAW program within its 34 minute running time. You can see the trailer for it below.

Ever since An Inconvenient Truth, many films on environmental subjects tend to take a dark view of situations that are deteriorating. But there are some, such as A Simple Question, that examine more positive responses to those situations Somewhere in between lies I Bought A Rainforest, part of the same program at the Sebastopol Documentary festival on Saturday. Festival Program Director Jason Perdue describes it.