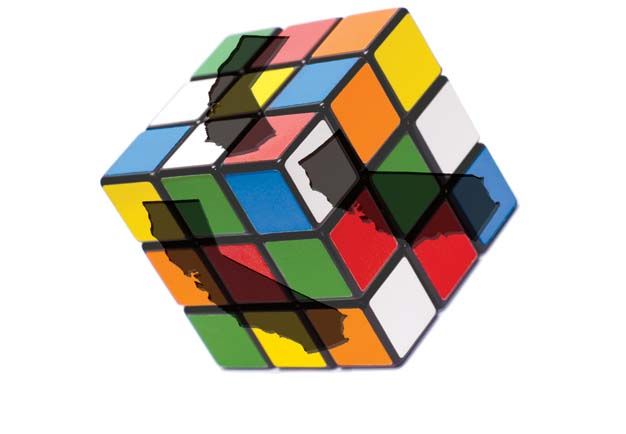 California voters set the stage for some dramatic changes in our next statewide election, some of which will be felt very close to home here in Sonoma County. 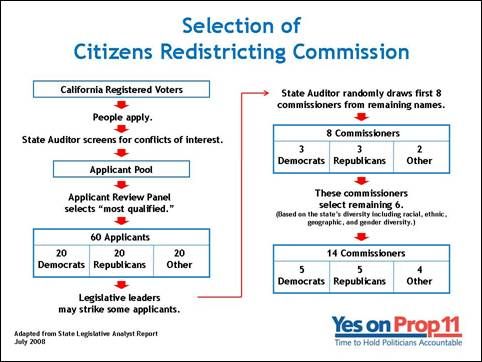 There are no active politicians or past elected officials on the redistricting commission, but SSU Political Science· professor David McCuan notes that partisan considerations did, by law, go into its composition.

There's a good reason for redrawing all the electoral districts at the same time, explains McCuan. That allows State Senate seats and  Congressional districts to follow the same lines as much as possible. Similarly, the Assembly district boundaries often have a tricke-down effect on county supervisor districts. 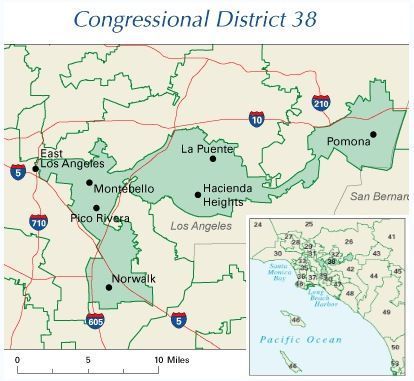 The Los Angels-area congressional district shown at left  is an example of the torturously drawn or "gerrymandered" maps that the new redistricting commission is charged with eliminating.