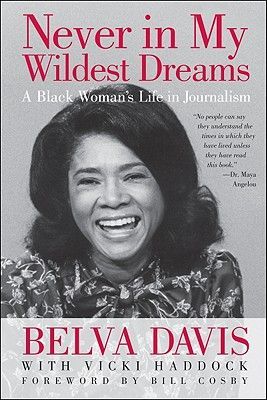 As a black woman, Belva Davis has forged a broadcast news career laced with awards and newly opened doors. In her new autobiography, she charts the challenges she met along the way, and traces the source of her perseverance to a lonely childhood that was hard to revisit. Writing her life story wasn't easy. Davis says she labored over early drafts for five years, before partnering with co-author Vickki Haddock to shape the manuscript into its final form. But there were lessons gained from the process, too; among them a renewed appreciation for the many forms of support she received from the community where she came of age. 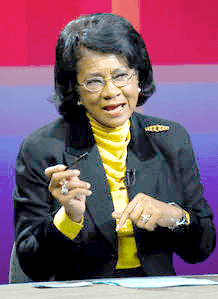 Davis says she doesn't think of her self as a role model--although many others do--yet she recalls her pleasure in encountering a couple of young black journalist recently who hold key roles with CNN.

For the past 21 years, Davis has hosted the weekly public affairs program, This Week in Northern California, for KQED television in San Francisco,and her enthusiasm for that job remains as strong as ever.