"A State of Change" 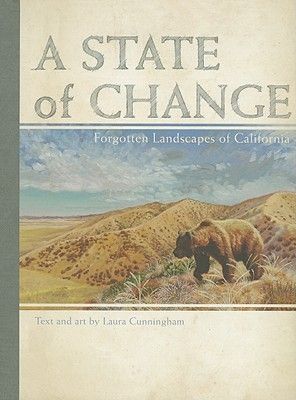 Even before the first western men reached California, the natural environment was altered by the presence of native people. In an impressive work of historical ecology, Laura Cunningham illustrates what the state might have looked like then—or even hundreds of years earlier. 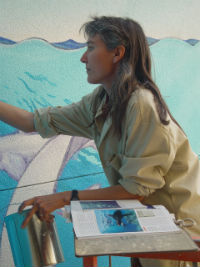 Laura Cunningham, at work on an aquatic muralAs she began her inquiries into the historic landscapes around her east bay home, artist and naturalist Laura Cunningham soon found that even some of what she had thought of as the natural flora was comparatively new to the area.

The role of Native Americans in managing the natural landscape for their own ends has long been overlooked or underestimated by many anthropologists. In her research, Cunningham was fortunate to learn from some tribal elders whose knowledge of their regions far outstripped that of academic "experts." 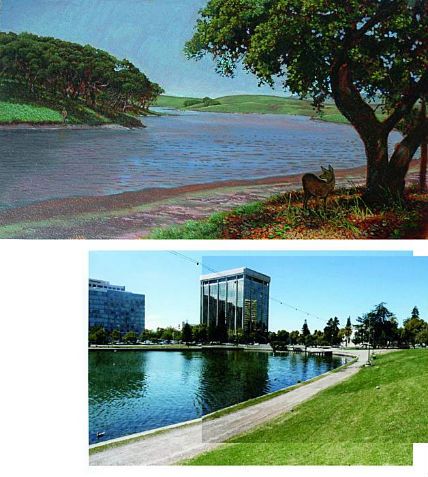 At several points in A State of Change, Cunningham highlights the contrast between her historic landscapes and the present day by showing the same scene as it is now, and the way it could have appeared centuries ago. This example is in present day downtown Oakland. 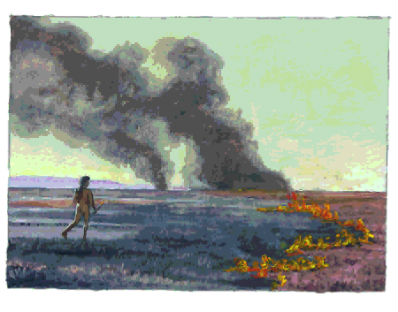 Native Americans across the continent were adept at using fire to manage the landscape to their benefit. Here, Cunninghma envisions that practice as applied to a tidal marsh.