Are public sector workers paid more or less than their private sector counterparts? A study from UC Berkeley says neither—they're essentially even.

Sylvia AllegrettoWhile the question of how much is being spent on public employee salaries and benefits is closely linked with the budget woes facing California and many local governments, Berkeley economist Sylvia Allegretto says her study (which you can read in full here) is more narrowly focused.

Public perceptions that state government workers are being overpaid compared to nongovernmental employees were fueled by the corrupt cronyism in the City of Bell, Allegretto says, even though that was an extreme and probably criminal abuse of the public trust by city officials for their personal gain.

The table below shows thecomparative concentration of more educated workers in the public sector. Washington Post business columnist Ezra Klein argues that it's a good thing. 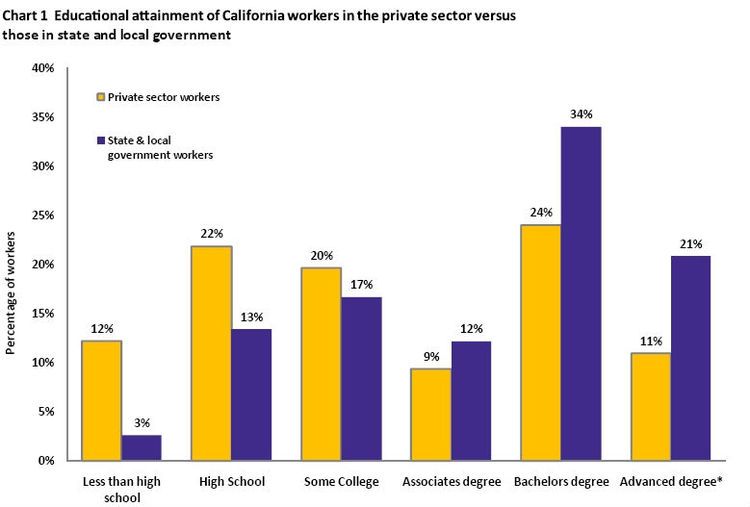 Sylvia Allegretto will be one of the featured speakers at a free public forum titled Public Employee Compensation: Myth & Reality, which will be held Thursday evening, Feb. 3, at the Santa Rosa Oddfellows Hall, 545 Pacific Avenue, beginning at 5:45 pm.