High school is hard enough without enduring bullying. But when there is constant verbal abuse, and fear of worse, learning becomes impossible. 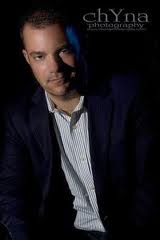 Part of the pain of his high school years, said Rick Bartalini, was feeling the absence of support or protection from his teachers, even though, he admitted, they probably had little idea how they could help. But with the perspective of adulthood, he suggested that even small gestures to reign in the most overt verbal abuse would have been important and meaningful.

Bartalini was interviewed before the Montgomery teachers by Phyllis Rosenfield, founder of Listening for a Change.