All across America, even here in California, political progressives have been dispirited and depressed by the apparent abrupt change in the electoral landscape last November. But a leading progressive activist argues that this is a mis-reading of what actually happened, and buying into it is a serious mistake. 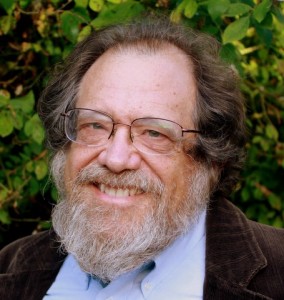 Rabbi Michael Lerner pulls no punches in holding President Obama accountable for the decisive Republican gains in the November 2010 midterm elections, but he sees no indications that the president has taken away anything from those outcomes that is prompting any reconsideration of the course he has charted.

Lerner sounds some of these same themes in his recent Huff Post article, Ten Commandments to Revive Progressives after the November Defeat. But he also cautions that while the ideas and ideals on the left have merit and should be part of a vigorous political debate, they often come freighted with attitudes that undermine those goals.

Calling the Environmental and Social Responsibility Amendment to the US Constitution (ESRA) unrealistic and over-reaching is missing the point, Lerner says. As was the case a generation earlier with the Equal Rights Amendment, promoting a widespread discussion of the ideas in the measure can in itself become a means of effecting change.

Rabbi Michael Lerner will talk about the ESRA and a renewed progressive agenda in an appearance at the First Congregational Church in Sonoma on Sunday, January 23rd at 3 pm. Sponsored by the Praxis Peace Institute.

Read the full text of the proposed ESRA (Environmental and Social Responsibility Amendment to the US Constitution) here.