Even though we may have seen and crossed the Golden Gate Bridge many times, it’s hard not to be impressed each time by its distinctive color and historic profile. The story behind it is equally impressive. 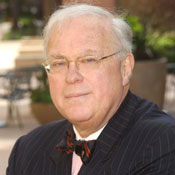 Kevin Starr,As a native San Franciscan, Kevin Starr has spent most of his life within sight of the Golden Gate Bridge, and seen it from just about every possible perspective, even from below while swimming beneath the span. But there is one vantage point he has not tried.

The building of the Golden Gate Bridge was a popular subject for photographers of the day, and many of their striking images have endured as popular posters today. Unsurprisingly, Starr has a favorite, seen below. 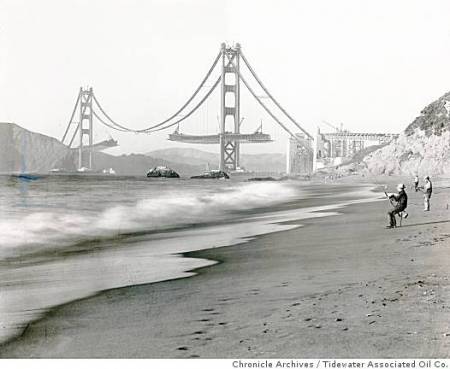