There’s a legislative brawl brewing over national energy policy and climate change. The 6th annual Climate Protection Everybody Profits Conference in Sebastopol laid out a preview of where those battle lines are being drawn. 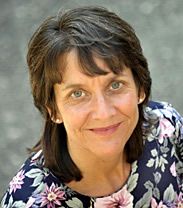 Since 2005, every local government in Sonoma County has signed on to a goal of reducing greenhouse gas emissions to 25% below 1990 levels by 2015. But progress toward that goal has been elusive. And while a comprehensive local plan to move this county in that direction has been developed, Ann Hancock (left) , Executive Director of the Climate Protection Campaign, points out that local actions alone will not be effective.

The graph below breaks down where those local emissions are coming from. As solar photovoltaic systems and other measures bring down the shares attributable to residential and commercial energy use, the relative proportion of transportation emissions has increased.

The CLEAR (Carbon Limits and Energy for American Renewal )Act was introduced jointly by Senators Maria Cantwell (D-WA) and Susan Collins (R-ME) in 2009, an indication of early bipartisan backing for the “cap and dividend” measure. Peter Barnes, Senior Fellow at the Tomales Bay Institute in Point Reyes Station sees multiple reasons why that approach could find further support from Republicans in Congress.