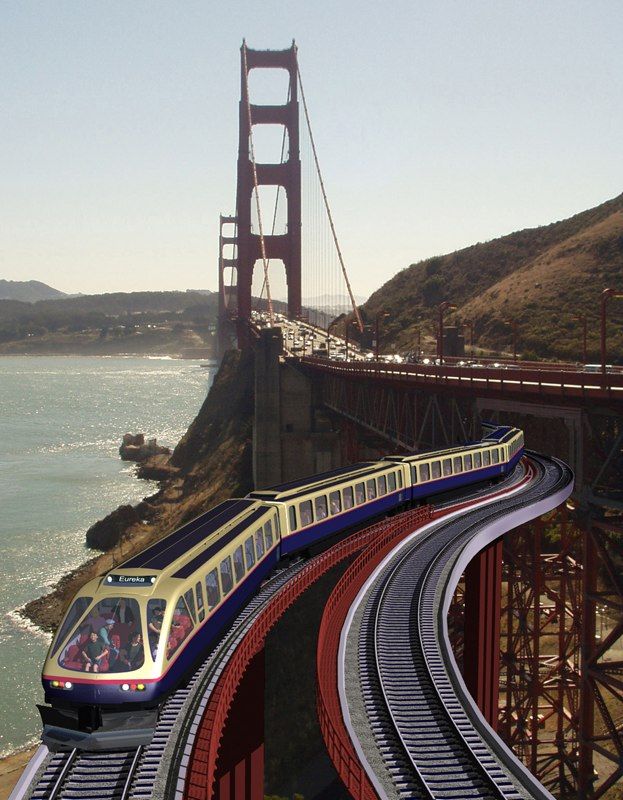 The North Bay is finally on its way to getting passenger rail service rolling again. But what if it used solar and hydrogen fuel cell technology to be non-polluting and carbon-free?

This artist's conception of a future Sun Train was drawn by David Vasquez, who used it as the cover illustration for his book, Mr. Swan's Big Idea, which details and sets out a case for this forward-looking  update of passeger rail travel. He notes that building a new rail system is an expensive undertaking, but Vasquez urges putting the costs into perspective by comparing them highway construction.

America has a proud history of rail service reaching back more than a century, notes David Vasquez (right), but much of that has been forgotten as other modes of transportation took precedence.

Mr. Swan's Big Idea  is built on the concepts developed by architect and rail advocate Christopher Swann (left) , whose on recent book, Electric Water, concentrates on his vision of a future hydrogen-based economy. 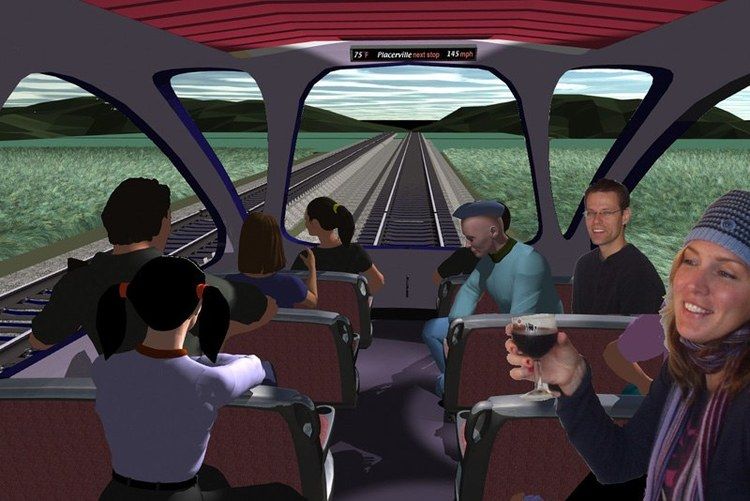 David Vasquez will present a multi-media slideshow about the Sun Train concept at Aqus Cafe in Petaluma , on Wednesday, April 22, 6:30 - 8:30 pm.