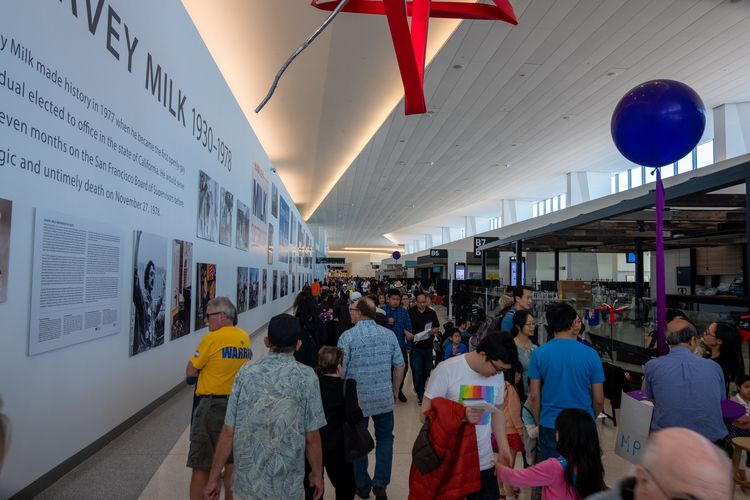 A 41-year-old female Russian LGBTQ activist was found stabbed to death in front of her home last week.  She had been listed on a website advocating for the hunting and torture of LGBTQ people.

In gay-friendly St. Petersburg, Florida, a candidate for mayor said that he believes homosexuality is a choice.

Locally, the San Francisco International Airport celebrated the opening of Harvey Milk Terminal 1, the first airport terminal in the world named after an LGBT icon.

Outbeat News can also be heard Sunday nights at 8 pm as part of Outbeat Radio.