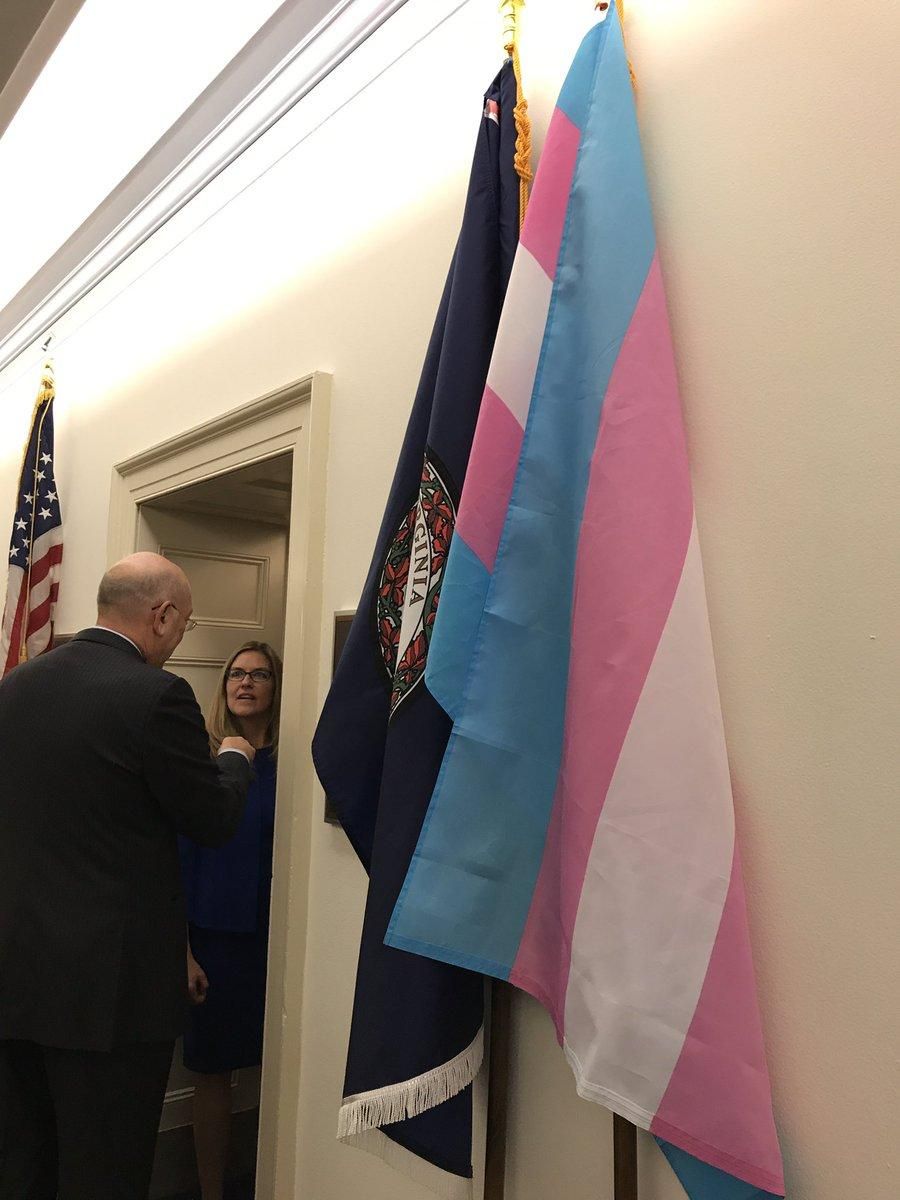 Newly elected Rep. Jennifer Wexton (D-Va) displays a transgender pride flag next to the Virginia state flag outside her D. C. office. Credit: Via TwitterCanada is celebrating the 50th anniversary of that country’s decriminalization of homosexuality with the minting of a new coin.

The new U.S. Congress was sworn in last week and a freshman congresswoman because the first to fly a transgender community flag outside of her DC office.

One of the first actions taken by the new Congress was to pass rules for its workers prohibiting discrimination based on sexual orientation and gender identity.

And, an appeals court rule in favor of the Trump administration’s transgender military ban.

Outbeat News can be heard Sunday nights at 8 pm as part of Outbeat Radio on KRCB FM.