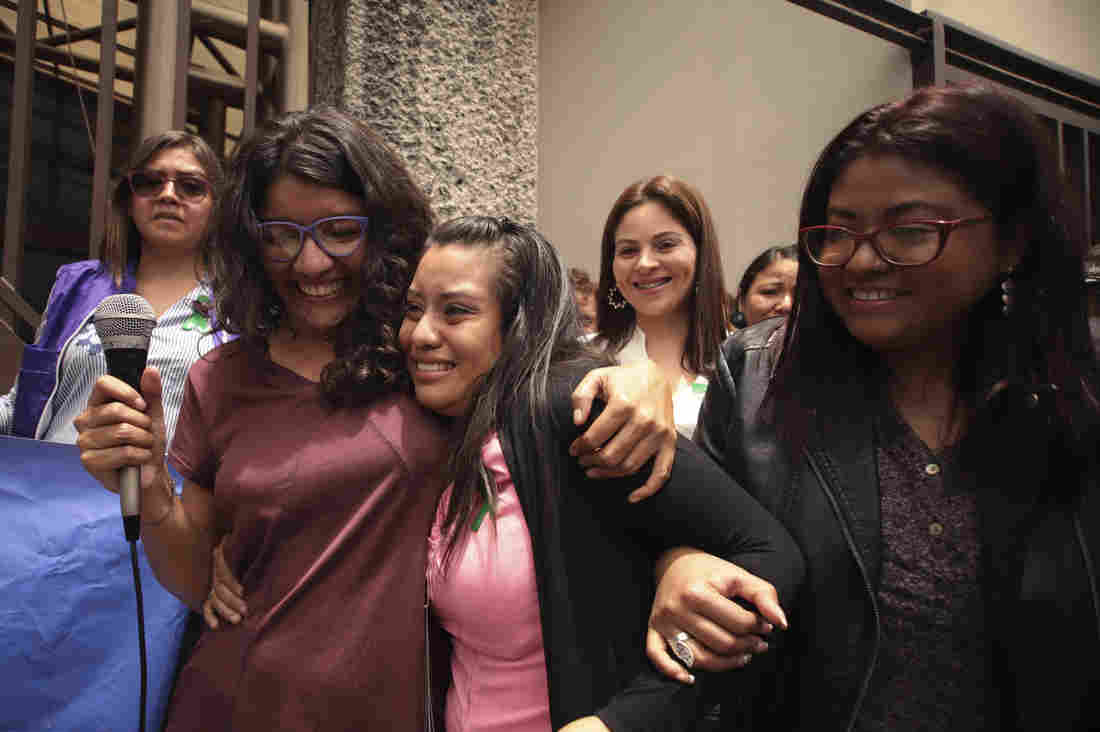 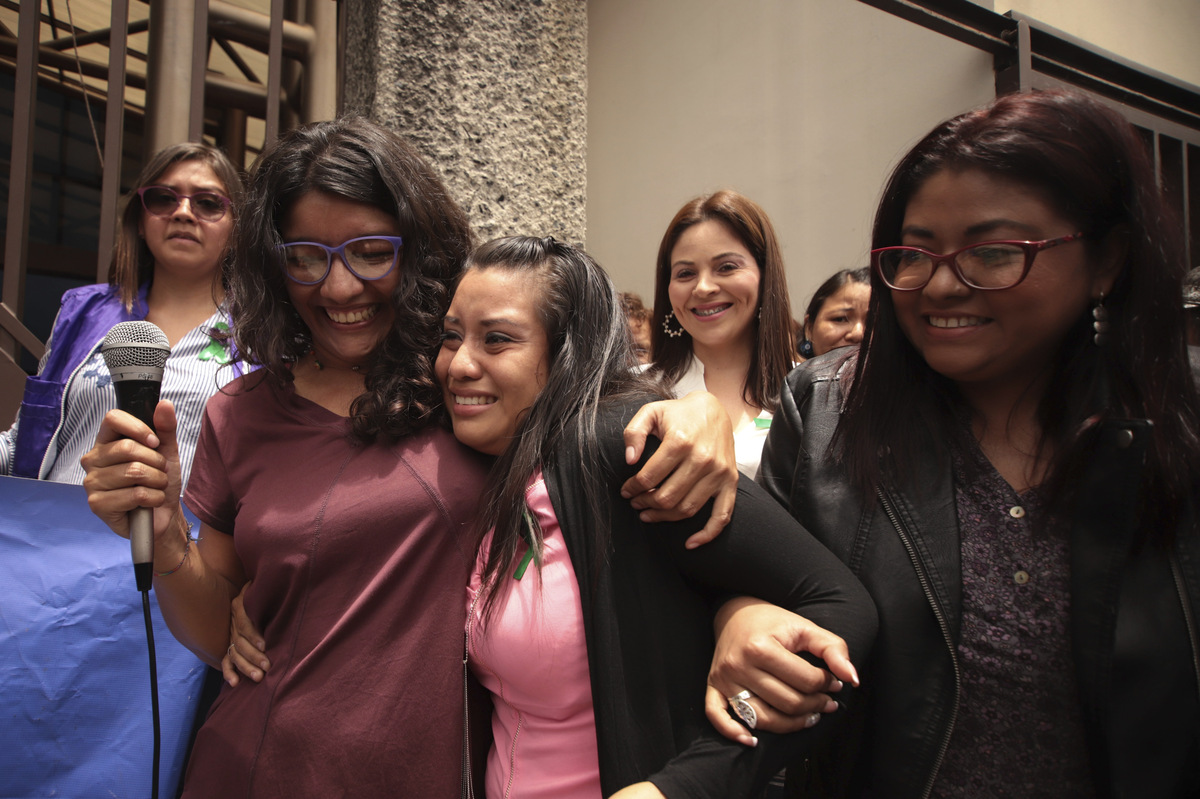 Evelyn Hernández (center) is embraced by supporters after she was acquitted of aggravated homicide in her retrial related to the loss of a pregnancy.

A young woman from El Salvador who was convicted of aggravated homicide after she lost her pregnancy has been acquitted in a retrial.

El Salvador has one of the strictest abortion laws in the world — it's not allowed under any circumstances.

Evelyn Beatriz Hernández, 21, has said she was raped by a gang member and didn't know she was pregnant. In 2016, she gave birth into a toilet, and her mother found her passed out next to it.

At the hospital, doctors told her that she'd given birth, according to the BBC. "She was arrested after the body of her baby was found in the toilet's septic tank," the broadcaster reported. It's not clear whether it was stillborn or died in the septic tank. Forensic experts could not make a determination, according to The Associated Press.

Hernández was convicted of aggregated murder and a judge sentenced her to 30 years in prison in 2017. Earlier this year, the country's Supreme Court ordered a retrial, saying the first verdict "was based on prejudice and insufficient evidence," according to Reuters.

She was acquitted on Monday. "Thank God, justice was done," Hernández tearfully told a crowd outside the court, the news service reported. "There are many women who are still locked up and I call for them to be freed soon, too."

Amnesty International said that in El Salvador, "at least 19 women remain in jail or continue to face charges in these circumstances."

"This is a resounding victory for the rights of women in El Salvador," said Erika Guevara-Rosas, Amnesty's Americas director. "It reaffirms that no woman should be wrongly accused of homicide for the simple fact of suffering an obstetric emergency."

Hernández has said that "if I'd known I was pregnant I would have awaited [the birth] with pride and joy," the BBC notes.

Many women obtain abortions in El Salvador despite the restrictive laws. A report from the Center for Reproductive Rights estimates that nearly 250,000 occurred between 1995 and 2000 — "with 11.1% of them resulting in the death of the pregnant woman."

As in Hernández's case, many of the women who have been prosecuted were accused by health workers providing them medical care.