Italy's Premier Resigns In Fight Within His Coalition Government 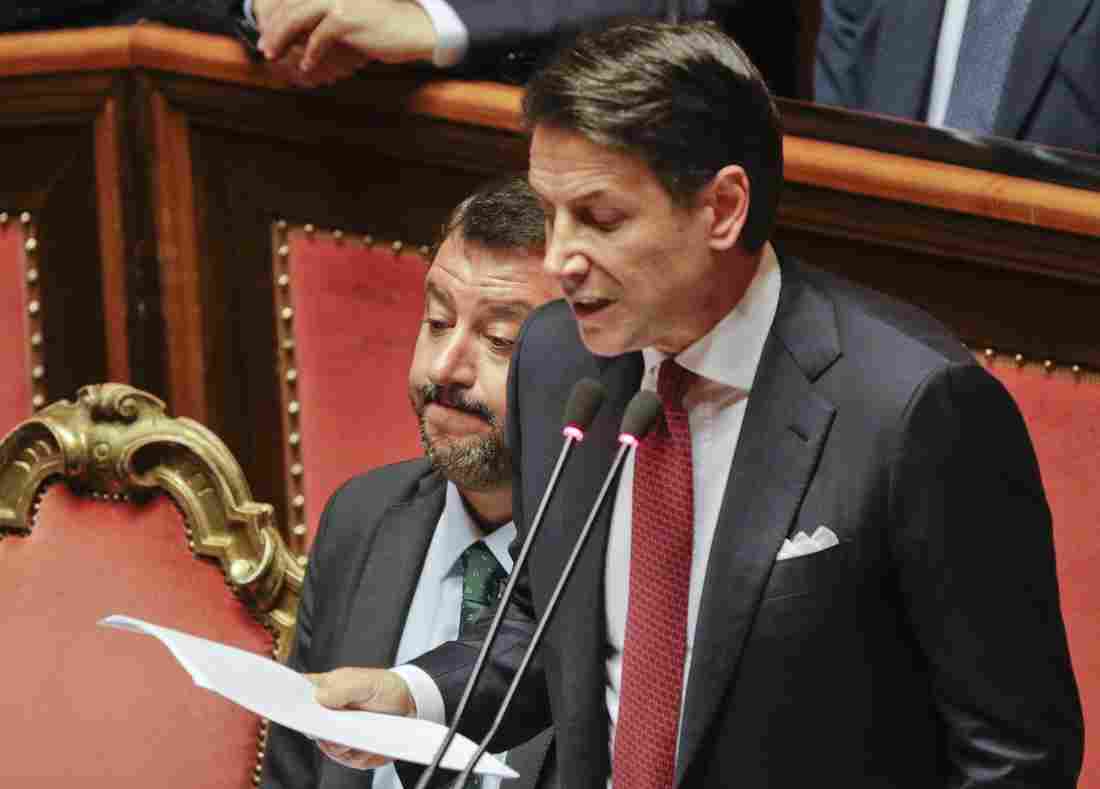 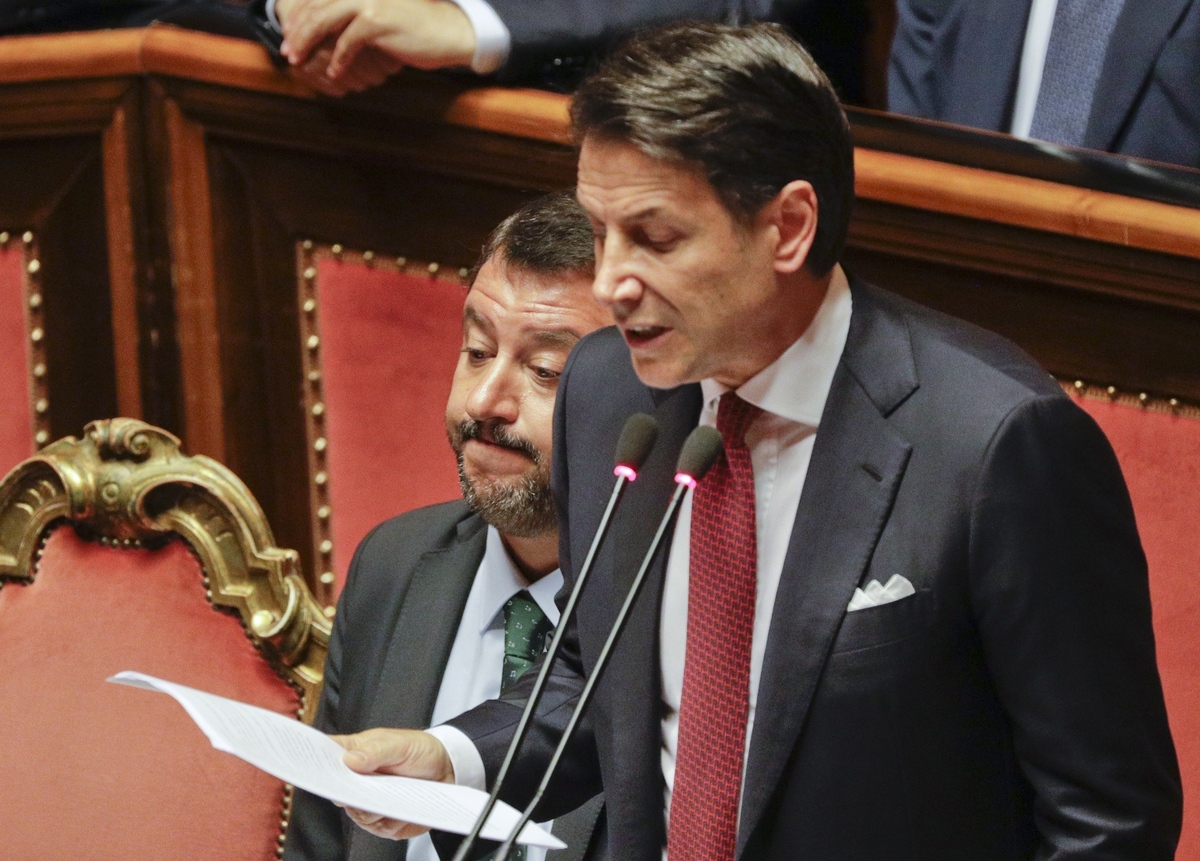 Italian Premier Giuseppe Conte has announced that his resignation amid political chaos and jockeying for power within his own coalition.

In a scathing speech to the Senate, Conte railed against his right-wing coalition partner, Deputy Premier Matteo Salvini. Conte is an independent. His coalition includes the anti-establishment Five Star Movement and Salvini's party, the League, which is staunchly anti-migrant and euroskeptic. Conte's government has held power for some 14 months.

Salvini's party said earlier this month that it planned to hold a no-confidence vote against Conte. On Tuesday, Conte accused Salvini of showing "grave contempt" for parliament, and accused him of putting Italy into a possible "dizzying spiral of political and financial instability," as The Associated Press reported.

He said Salvini initiated the crisis "for his own political and personal gain," as NPR's Sylvia Poggioli reported from Rome.

Italian President Sergio Mattarella will be the one to determine what happens next in Italy's political crisis. Mattarella will talk with parliamentary groups and decide whether a new coalition government can be formed or if elections will have to be held. They weren't scheduled for another three and a half years.

Some reports have suggested that the Five Star Movement might try to find an unlikely alliance with the center-left opposition Democratic Party. Poggioli describes them as "dire rivals" and says they're "on opposite sides of many issues."

It's clear that Salvini is hoping that he emerges from the chaos as Prime Minister, Poggioli reports, though the possible alliance of rivals would sorely complicate that ambition.

Ultimately, Poggioli notes, "this is the end of Italy's most hard line nationalist and populist government since World War II."