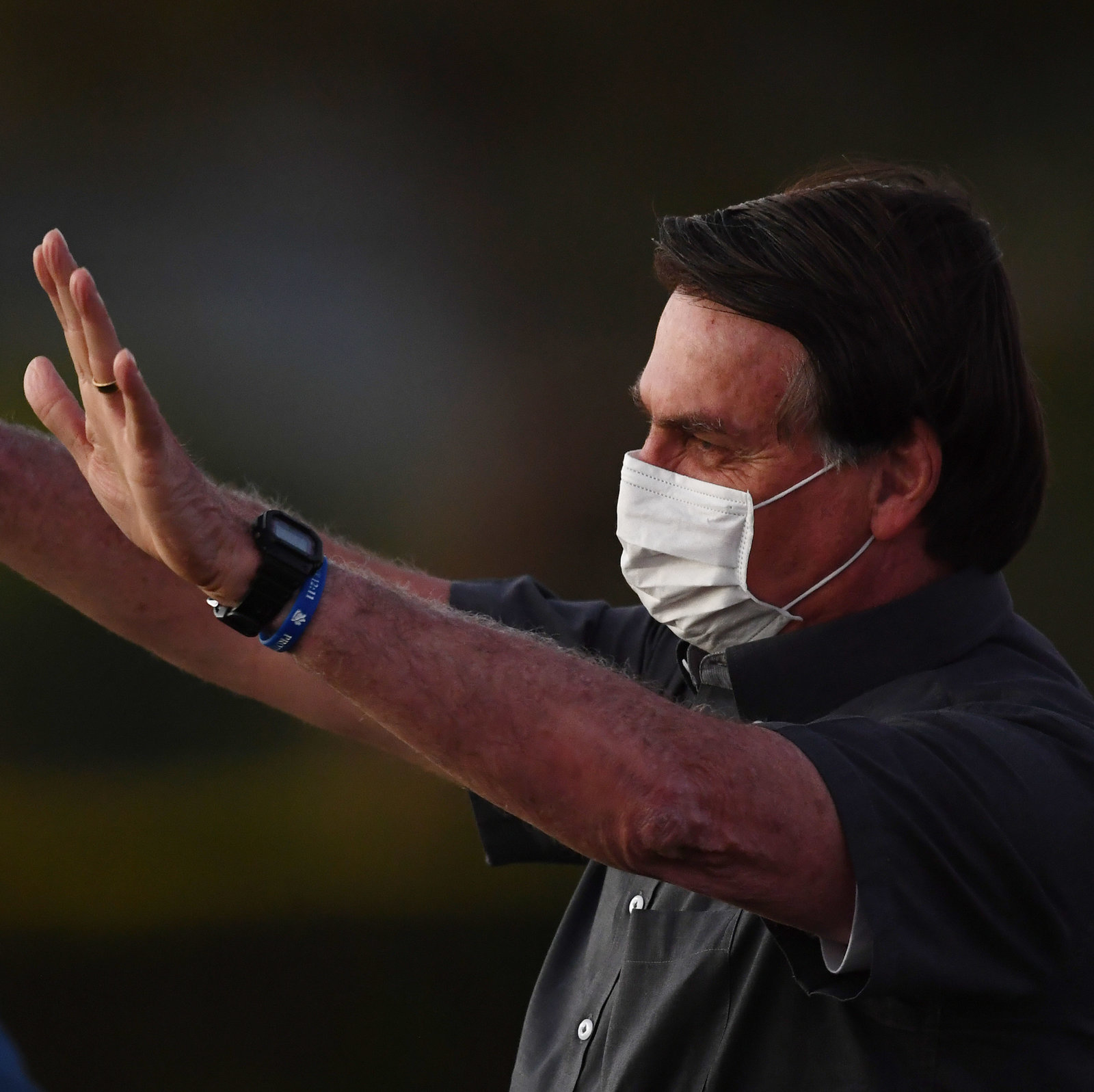 Two government ministers in Brazil have tested positive for the coronavirus, as the country – second only to the U.S. in the number of infections – surpassed 80,000 deaths from the disease.

In a tweet, Lorenzoni said he had begun feeling COVID-19 symptoms on Thursday night and had received confirmation that he was infected on Monday.

Bolsonaro himself tested positive for COVID-19 earlier this month and two other top government officials, national security advisor Augusto Heleno and the minister of mines and energy, Bento Albuquerque, have also been infected with the virus.

The news that COVID-19 can't be contained even at the top echelons of government comes as Brazil marked a grim milestone in the pandemic, with more than 80,000 now dead from the disease, according to a tally kept by Johns Hopkins University. The country has more than 2.1 million confirmed infections.

Bolsonaro has been accused of endangering the public with his consistent efforts to downplay the virus, campaigning against COVID-19 shutdowns and referring to the disease as "a little flu."

After he was diagnosed, the president promoted the anti-malarial drug hydroxychloroquine, which he has credited with his recovery. Despite several studies showing no efficacy and warning about the drug's potential side effects, hydroxychloroquine has also been touted by President Trump. In June, the U.S. Food and Drug Administration revoked an emergency authorization for the drug.

As recently as Monday, Bolsonaro tweeted his support for the drug and over the weekend, he hailed it as an effective treatment for COVID-19. Reuters reports that on Sunday he stood a few feet away from supporters at a rally in Brasilia as he held a box of the drug aloft to cheers from the crowd.

Following suit, Lorenzoni, the citizenship minister, tweeted that he too was taking a mix of drugs including chloroquine "and I already feel the positive effects."

(Photo: Brazilian President Jair Bolsonaro waves to supporters from the Alvorada Palace in Brasilia on Monday, the same day that two more of his Cabinet ministers were diagnosed with COVID-19 - Evaristo Sa/AFP via Getty Images)