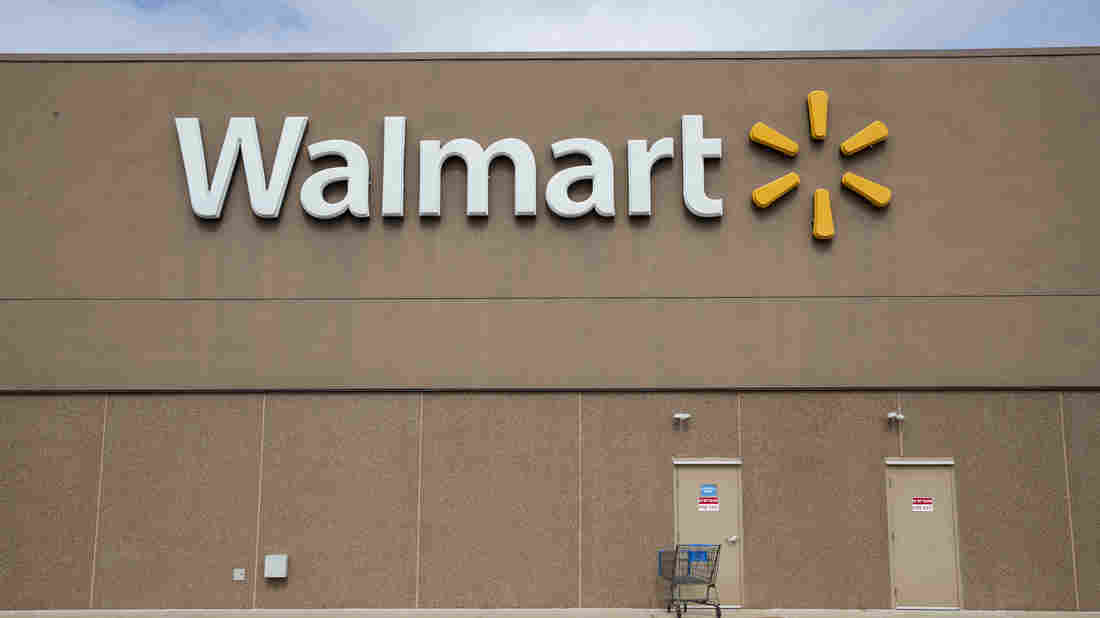 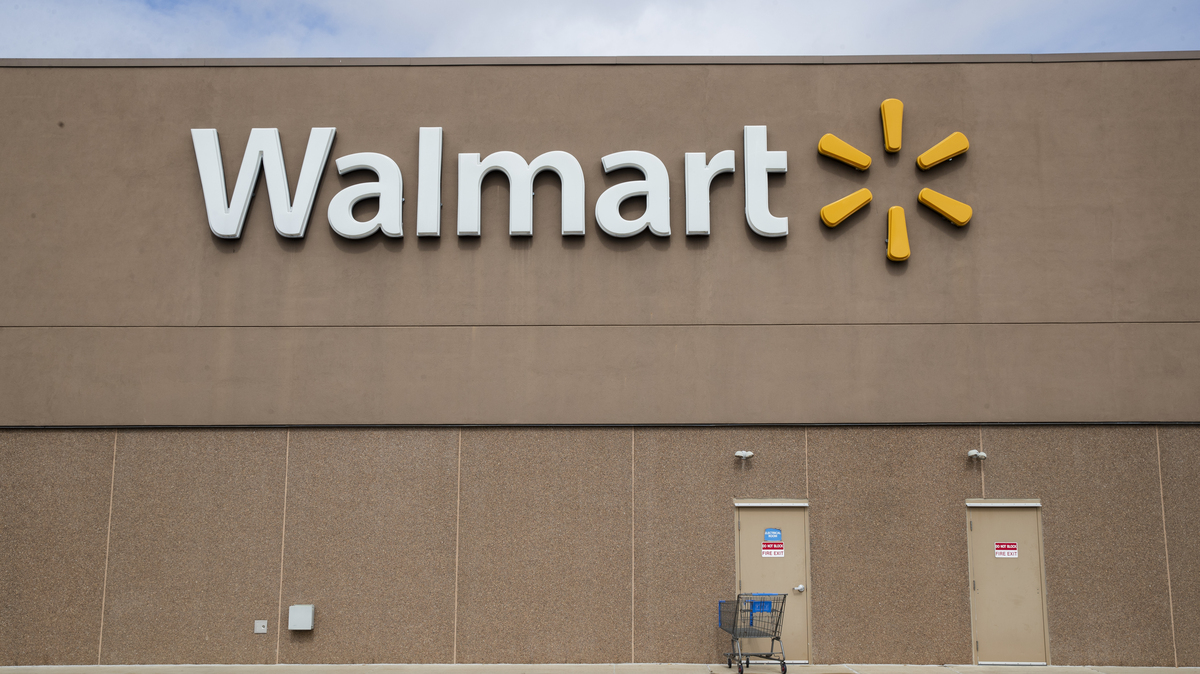 Walmart announced a series of measures to safeguard against the coronavirus and urged shoppers to limit how often they visit its stores.

Walmart plans to start checking workers' temperatures as they clock in and to offer gloves and masks who want them, the company said on Tuesday as it announced a series of new measures to safeguard against the coronavirus.

Retail workers across the country have been raising concerns about their safety — including protests and walk-offs — as their low-wage hourly and gig work is declared essential. That means they have to continue working and interacting with others while most of the country is asked to isolate at home.

She told NPR's National Conversation with All Things Considered on Friday that she lives with her elderly parents, who are in the high-risk category for COVID-19. "I'm scared that, going every day to work, I am putting them in danger."

Walmart has been adding plastic guard shields around cash registers in stores around the country. Now it says that in the coming weeks, it will start distributing gloves and masks to those workers in warehouses and stores who want them.

"We know not only our associates, but our customers as well will be more comforted by the fact that they have access to the more general medical mask," Walmart executive Dan Bartlett told reporters on Tuesday.

The process will be voluntary, he said, because the official health guidelines do not recommend masks for those who are not sick, out of concern that they might provide a false sense of security. Walmart might need more than 7 million masks a week to keep its workers supplied, Bartlett said.

The retail giant is also trying to get shoppers to be more mindful about how they act in stores. Walmart plans to add one-way aisles, like the company does for Black Friday, as well as announcements reminding people to keep a six-foot distance from each other.

Supermarkets continue to see spikes of shopping — including mass runs on eggs and other foods, but also toilet paper.

"I can't explain it," Bartlett said. "Every five days we're selling enough toilet paper for every individual American to have their own roll. It's just an astonishing volume that we're going through."

The company is urging shoppers to be "prudent," both for their own but also the workers' sake, limiting both how often they visit, how many people they bring, how much time they spend in stores and the quantity of stuff they buy.

Walmart, along with Amazon and other retail and food-delivery companies, is hiring thousands of new workers to keep up with demand. They are expediting the hiring process and encouraging people who recently lost jobs in hotels and other hard-hit industries to apply. Bartlett said Walmart on average is making 5,000 hires a day, already bringing on board "just shy of 50,000" in less than two weeks.