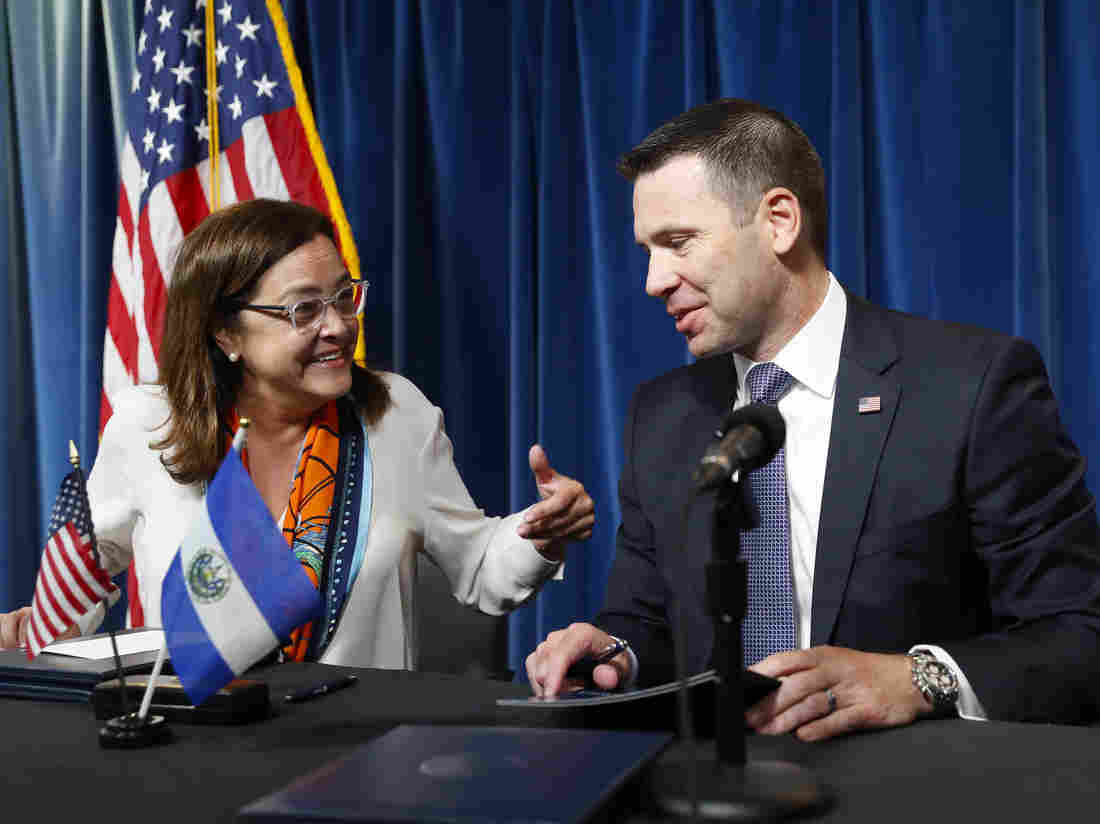 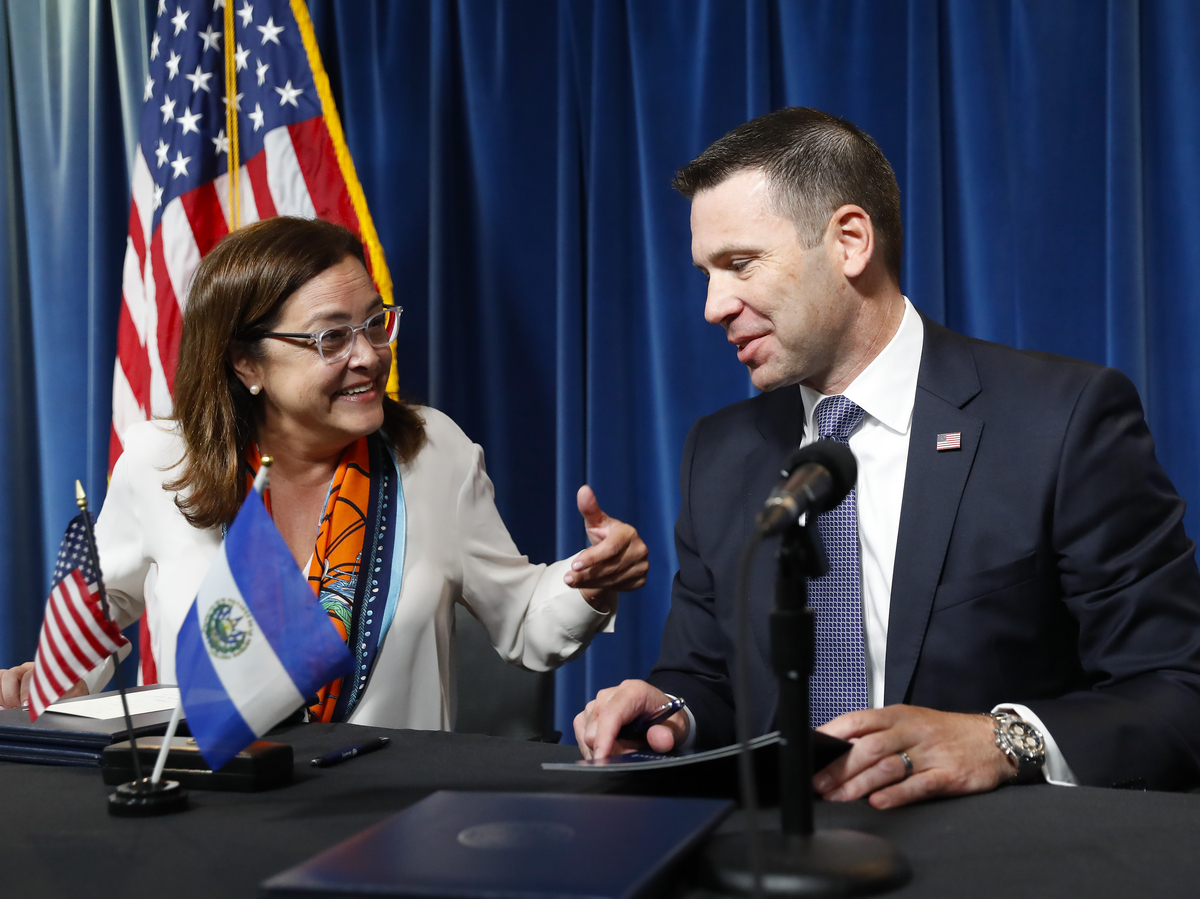 The United States and El Salvador signed an agreement Friday aimed at deterring the flow of migrants seeking to enter this country by requiring them to seek asylum in that Central American nation on their way here.

In a signing ceremony in Washington, D.C., Kevin McAleenan, the acting secretary of the Department of Homeland Security and Alexandra Hill Tinoco, El Salvador's Foreign Minister, inked a "cooperative asylum agreement." But they provided no details about how the agreement will work, when it goes into effect, or who it will be impact.

"This agreement today is one significant step forward," McAleenan said in a live-streamed press conference. "El Salvador is a critical partner for the United States in promoting the security and prosperity of Central America."

"We are working every single day to try to solve this issue of people, who by various reasons, reasons of insecurity or reasons of death threats are forced to leave our country," said Hill Tinoco.

The agreement appears to put in El Salvador in the position of accepting migrants from third countries who would otherwise seek to enter the U.S. Hill Tinoco said El Salvador wants to cooperate with the U.S. and that economic investment in El Salvador is key to improving her country's ability to keep its own citizens from fleeing.

The agreement also aligns with the administration's "third country" asylum rule, although that term was not used in the press conference.

The administration signed a similar agreement with Guatemala in July, but questions remain about that country's capacity to comply. Lawmakers there have yet to ratify it.

"If this agreement goes into effect, the U.S. will be forcing the most vulnerable communities to seek safety in a country that is not equipped to protect its own citizens or provide economic opportunity," said Oscar Chacon, executive director of Alianza Americas, a network of immigrant-led organizations.

A 2018 State Department report on human rights in El Salvador cites allegations of unlawful killings and torture by security forces, as well as forced disappearances by military personnel. The report describes a "lack of government respect for judicial independence" and "widespread government corruption."

"Impunity persisted despite government steps to dismiss and prosecute some in the security forces, executive branch, and justice system who committed abuses," the report added.

It is not clear whether El Salvador's cooperation on asylum is tied to other bi-lateral issues, most prominently, the status of some 200,000 Salvadorans living in the Unites States under temporary protected status. The administration sought to end that program for Salvadorans and citizens of three other countries, but a federal judge has intervened. The temporary protections are due to end in January 2020.