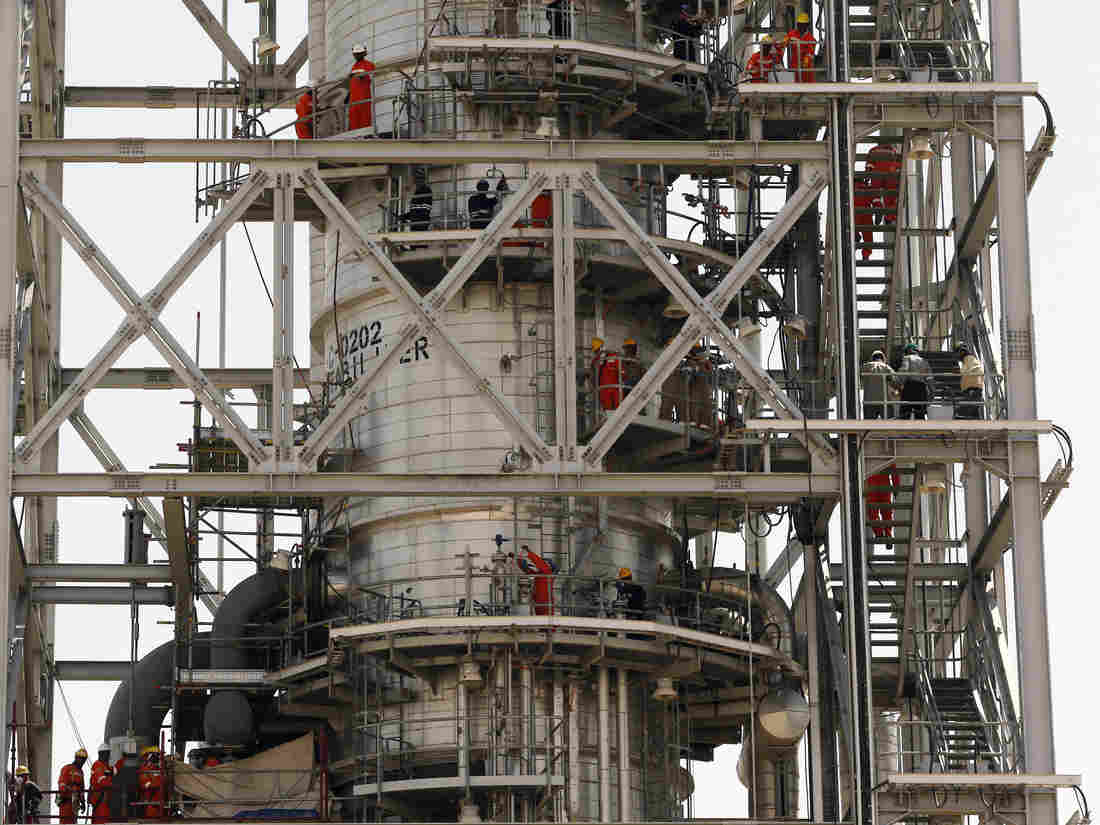 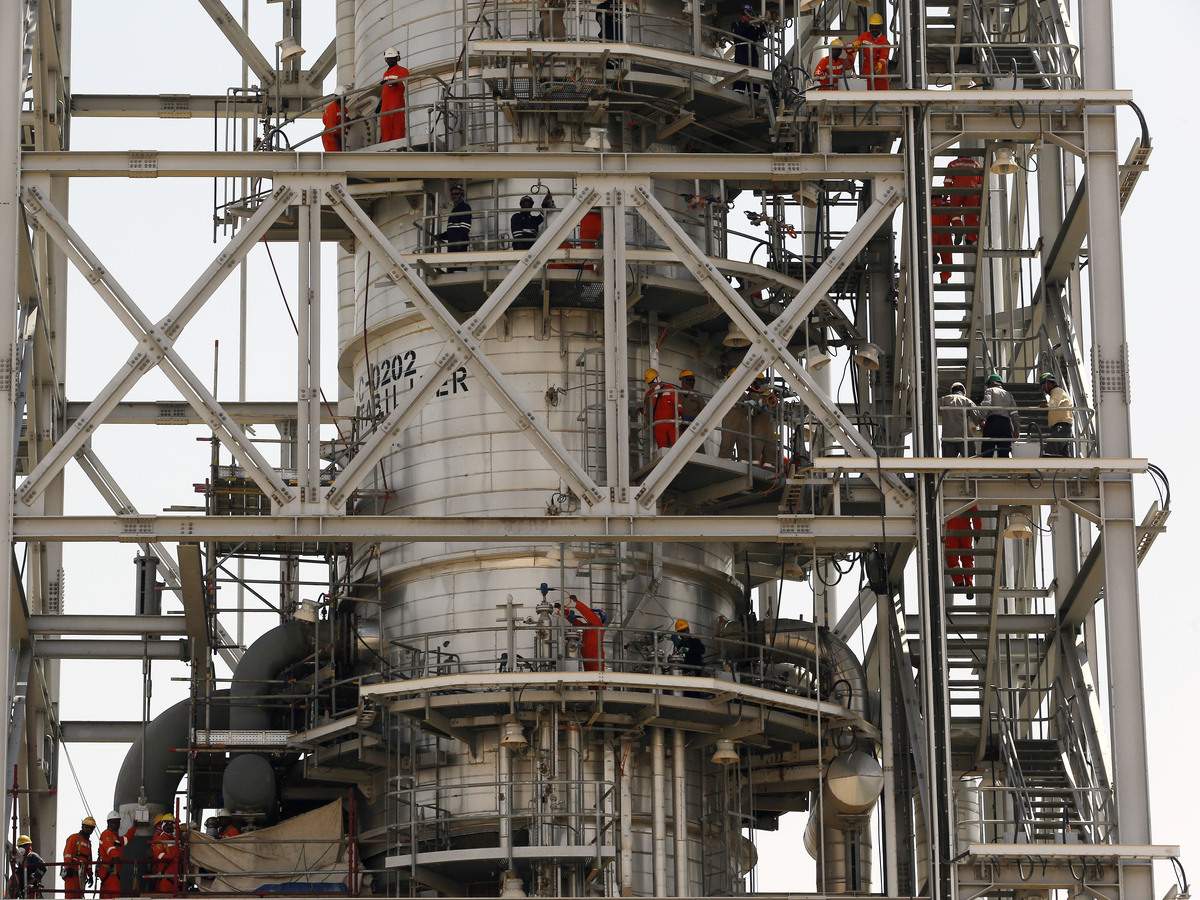 Workers fix damage at Saudi Aramco's Khurais oil field in Saudi Arabia on Friday after it was hit during a Sept. 14 attack.

President Trump has authorized the deployment of additional U.S. forces to the Middle East to strengthen air and missile defenses around Saudi Arabia and the United Arab Emirates, the Pentagon announced late Friday.

Gen. Joseph Dunford, chairman of the Joint Chiefs of Staff, called the deployment moderate, but offered no specifics on the number of troops involved. He said the Pentagon would have more to say about the deployment next week.

The announcement appears to signal that President Trump has not yet decided whether to order to a military strike against Iran, which the administration has said was behind the attack on Saudi oil facilities.