Some U.S. Troops May Remain In Northeast Syria To Protect Oil Fields 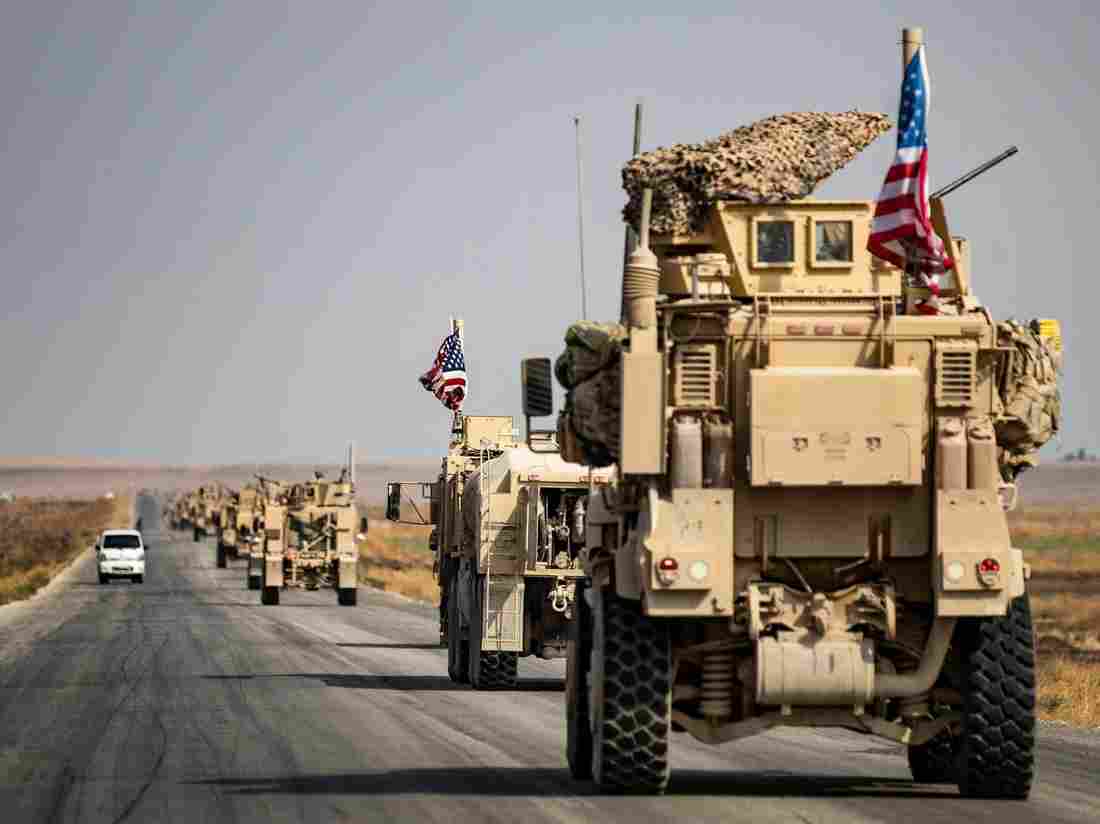 U.S. military vehicles drive on a road in the town of Tal Tamr on Sunday after pulling out of a 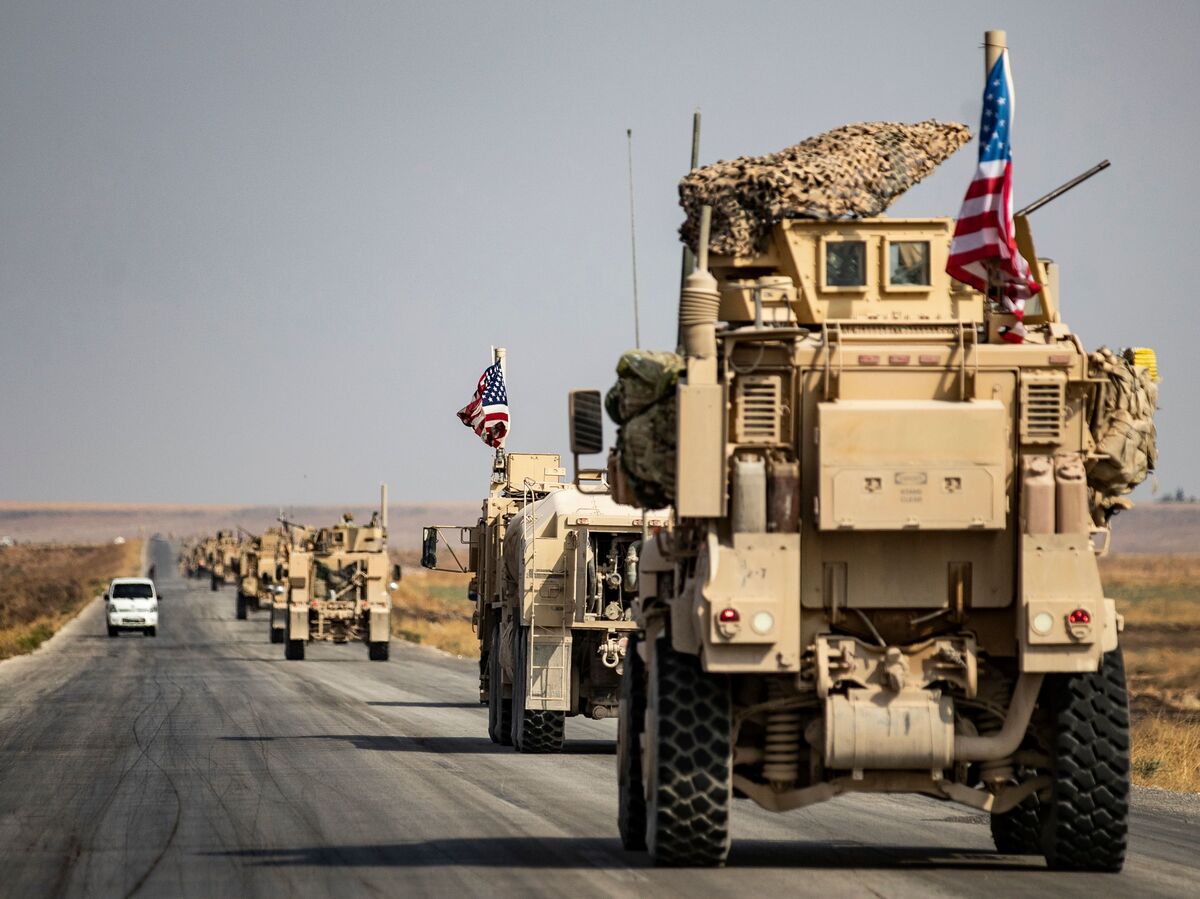 U.S. military vehicles drive on a road in the town of Tal Tamr on Sunday after pulling out of a base in northern Syria. Defense Secretary Mark Esper says some troops may remain in northeast Syria to secure oil fields.

The U.S. may now keep some troops in northeast Syria, Defense Secretary Mark Esper said on Monday. It is the latest in a series of consequential pivots the Trump administration has made in its Syria policy.

Esper said the troops are needed to secure oil fields from falling into the hands of ISIS and profiting from them, The Associated Press reports. But most recently it was Russian mercenaries, not ISIS fighters, who tried to seize the oil fields and who were repulsed by U.S. airstrikes, NPR's Tom Bowman reports.

Despite President Trump's earlier announcements that ISIS is defeated and that he is bringing the troops home rather than being entangled in "endless wars," the U.S. forces are not heading immediately for home. Instead, they're being moved to western Iraq to continue to fight ISIS there, Esper said during his overseas trip to Afghanistan and other countries.

Shortly after Esper spoke, President Trump acknowledged during a Cabinet meeting that the troops would be deployed to different areas first — but he added they would then return to the U.S.

"Well, they're going to be sent initially to different parts, a different method," Trump said. "Ultimately, we're bringing them home."

According to a White House pool report, Trump said of America's allies in Syria, "We never agreed to protect the Kurds for the rest of their lives."

Some Fighting Continues In Northern Syria Despite Turkish 'Pause'

U.S. forces could be seen withdrawing on Monday. They left a base in Turkey and rolled into the Iraqi Kurdish city of Erbil, NPR's Jane Arraf reports. Thousands of refugees are also flooding across the border into Iraq, doubtful that the ceasefire the U.S. brokered with Turkey last week will hold, and unsure of what will happen next.

When American troops first arrived in North Syria, kurds received them as heroes with flowers and ululation.

As U.S. forces left the northeastern city Syrian of Qamishli, residents of the majority Kurdish city pelted American military vehicles with potatoes, the AP reported. "Like rats, America is running away," a man was quoted shouting in Arabic.

There has been widespread criticism of President Trump's decision two weeks ago to pull troops from northeast Syria, which cleared the way for Turkey to assault the Kurds, key allies with the U.S. in the fight against ISIS.

The Syrian Observatory for Human Rights, a monitoring group, says 120 civilians have been killed since Turkey began the operation it calls "Peace Spring" on Oct. 9. The group says 300,000 people have been displaced by the violence.

The Kurdish-led Syrian Democratic Forces said on Monday that Turkish-aligned forces had violated the terms of the ceasefire. The SDF said violent clashes had broken out, with casualties among both the SDF and the Turkish-backed forces.

House Speaker Nancy Pelosi was in Jordan on Sunday, leading a delegation meeting with leaders including Jordan's King Abdullah II to discuss the crisis in Syria.

With the U.S. pulling out its troops, Kurdish commander Mazlum Kobani is predicting his people will be slaughtered.

"There will be ethnic cleansing of the Kurdish people from Syria, and the American administration will be responsible for it," he toldThe New York Times. He said the U.S. should work "to limit the damage of this past decision and preserve the areas we liberated together."