New York, 'Still In Search Of The Apex,' Sees Another Spike In Coronavirus Cases 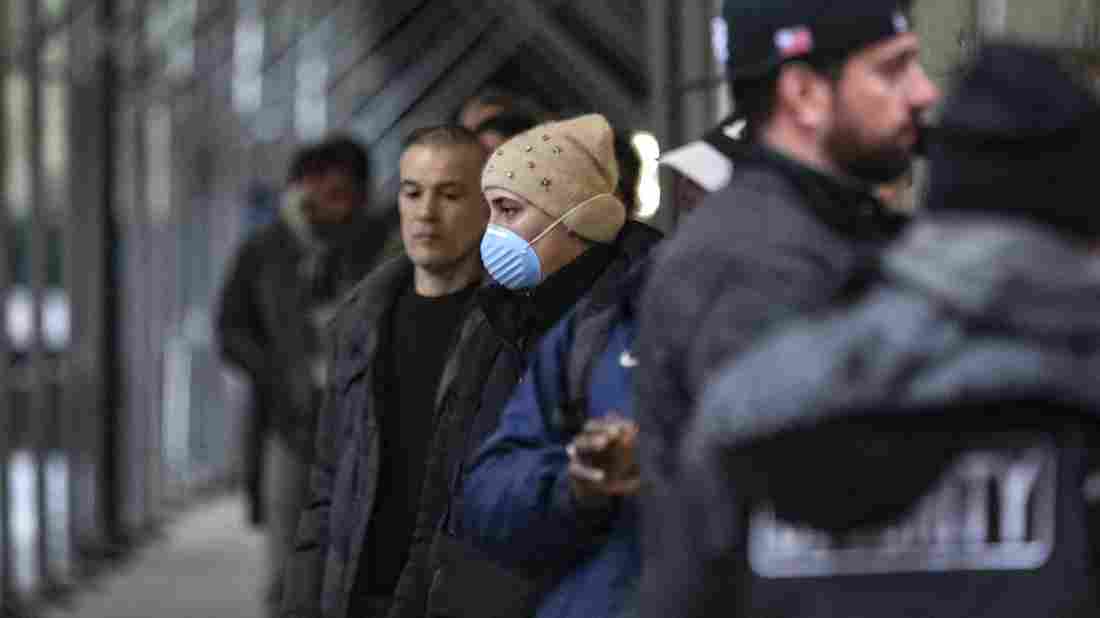 New York, the epicenter of the coronavirus' spread in the U.S., has reported yet another sizable leap in confirmed cases. With more than 9,200 new cases, the state's grand total is more than 75,000 as of midday Tuesday.

Gov. Andrew Cuomo is warning that the rise in New York's confirmed cases is only going to get steeper as testing increases and more time passes.

"We're all in search of the apex and the other side of the mountain," he told a news conference Tuesday.

"That's where the main battle is going to be, the apex of the curve," he added, referring to graphs projecting the number of COVID-19 cases over time. The top of the curve, in other words, reflects the moment at which the volume of cases reaches its peak. "And then we come down the other side of the mountain. We are planning now for the battle at the top of the mountain."

Holding a briefing with updates on #Coronavirus. WATCH LIVE: https://t.co/iTt5ZlaTmD

New York has reported nearly five times as many confirmed cases of the coronavirus as any other state — a gap that may grow larger as the state ramps up testing. Of the more than 18,000 tests undertaken there since Monday, Cuomo said that roughly half returned a coronavirus diagnosis.

Even as it grapples with the biggest outbreak in the U.S., Cuomo said the state is struggling to get the respirators it needs — partly due to federal invention, which he said has been hindering rather than supporting the state's efforts.

"Look at the bizarre situation we wind up in: Every state does its own purchasing, so New York is purchasing, California's purchasing, Illinois is purchasing — we're all trying to buy literally the same exact item," he explained. The Federal Emergency Management Agency is involved in bidding — and Cuomo said it is driving up the price, as well.

He compared it to eBay, in which New York is forced to compete with other states and the federal government for the medical equipment its residents need.

"What sense does this make? The federal government should have been the purchasing agent — buy everything and then allocate it by need to the states," he said. "Why would you create a situation where the 50 states are competing with each other and then the federal government, FEMA, comes inand competes with the rest of it?"

During the news conference, Cuomo also took a moment to comment on the status of his younger brother, CNN anchor Chris Cuomo, who announced earlier in the day that he had tested positive for the coronavirus himself. He said the situation offered a lesson: Because they practiced social distancing, they may well have protected their more vulnerable mother from catching the virus too.

"You want to go out and act stupid for yourself? That's one thing. But your stupid actions don't just affect you. You come home, you can infect someone else — and you can cause a serious illness or even death for them by your actions," Cuomo said. "People have to really get this and internalize it, because it can happen to anyone."