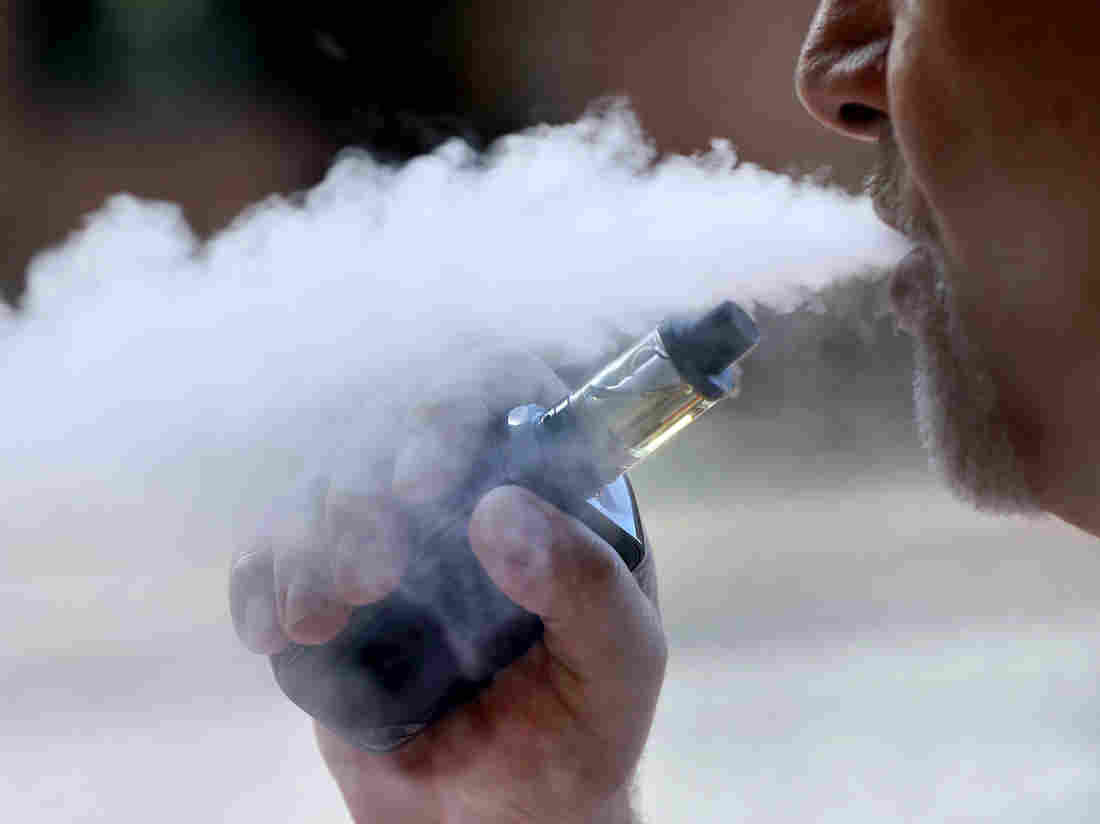 A man exhales while smoking an e-cigarette. New York Gov. Andrew Cuomo said the state will issue an emergency regulation 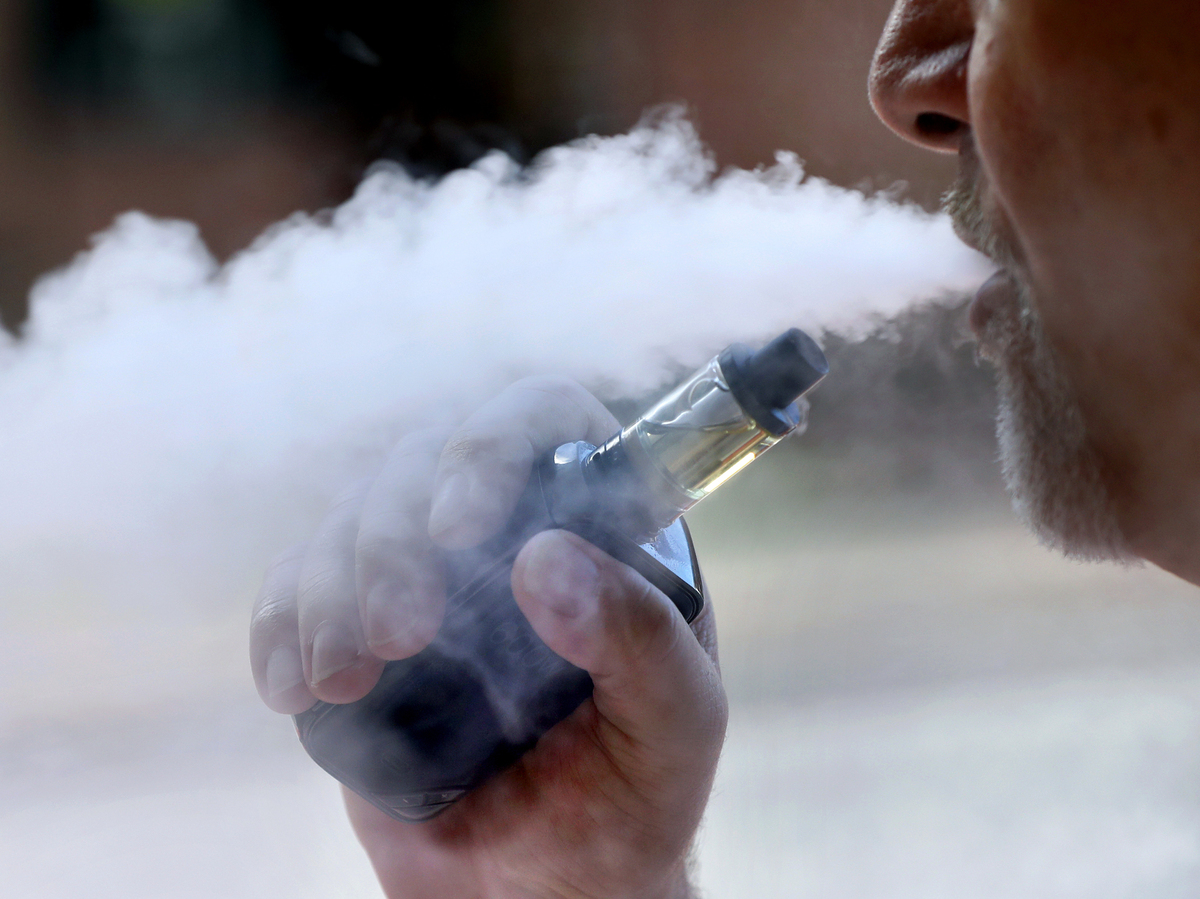 New York Gov. Andrew Cuomo said Sunday he will push for a ban on some electronic cigarettes amid a health scare linked to vaping — a move that would follow a similar ban enacted by Michigan and a call from President Trump for a federal prohibition on certain vaping products.

"Vaping is dangerous," the governor said. "At a minimum, it is addicting young people to nicotine at a very early age."

"We would ban all flavors besides tobacco and menthol," he said.

The push at the state and federal levels to ban certain vaping products comes as the Centers for Disease Control and Prevention said last week that 380 confirmed or probable cases of lung disease associated with e-cigarettes had been identified in 36 states and the U.S. Virgin Islands, with six confirmed deaths.

Earlier this month, Michigan imposed a similar ban. Bills to halt the sale of flavored vaping products have been introduced in California and Massachusetts.

Last week, Trump, appearing beside Health and Human Services Secretary Alex Azar, announced that his administration would move toward a federal ban of flavored vaping products.

"Vaping has become a very big business, as I understand it, but we can't allow people to get sick and allow our youth to be so affected," the president said.

"We intend to clear the market of flavored e-cigarettes to reverse the deeply concerning epidemic of youth e-cigarette use that is impacting children, families, schools and communities," Azar said in a statement.

In July, Cuomo signed a law that raised the minimum age for purchasing tobacco and e-cigarettes in the state from 18 to 21.