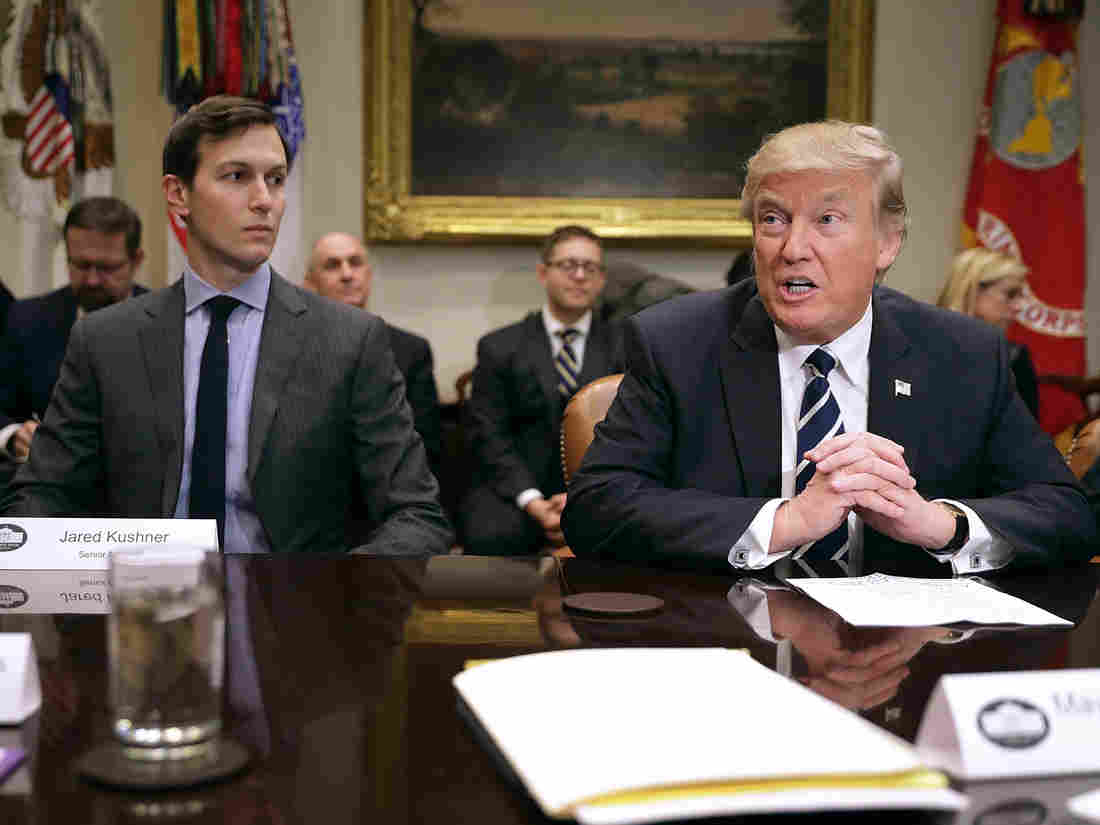 changes and revive the plan ahead of the 2020 election. Chip Somodevilla/Getty Images hide caption 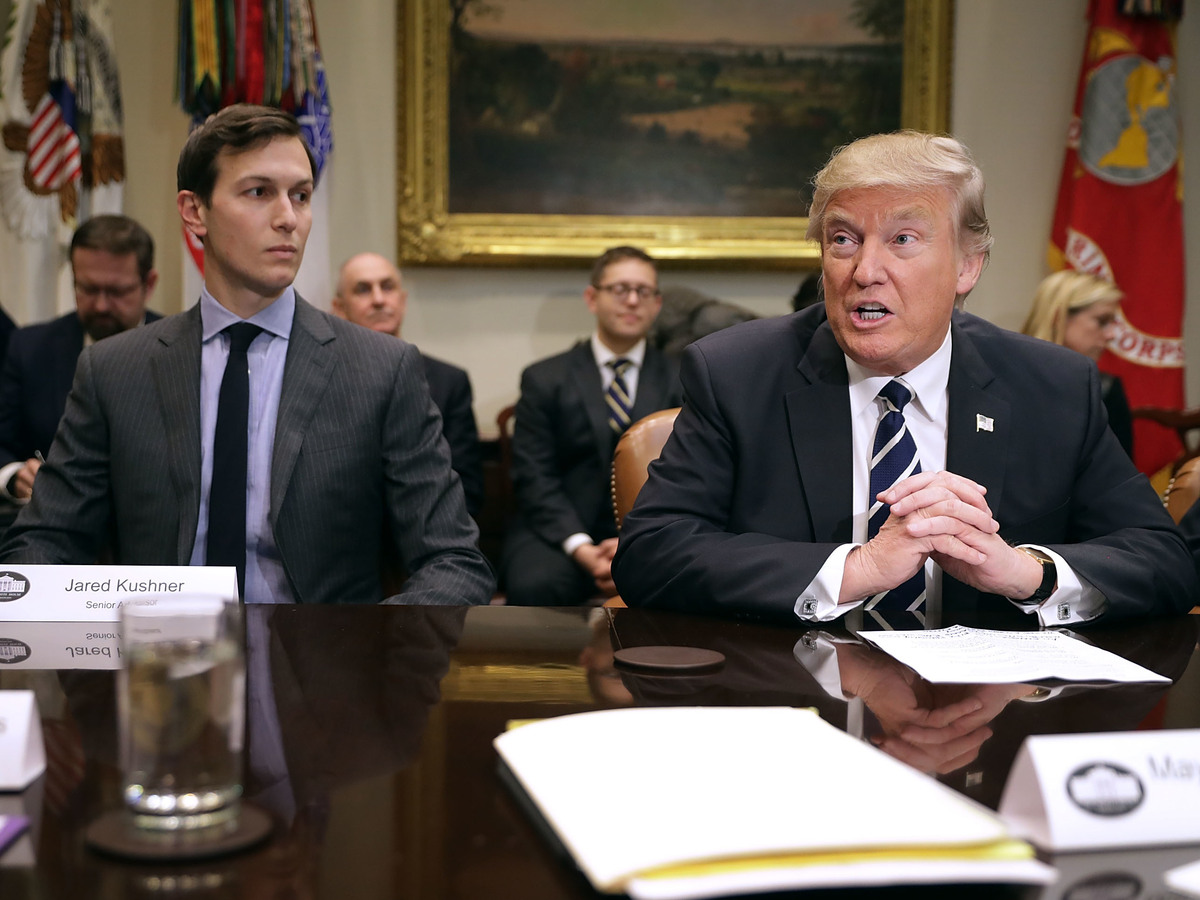 Jared Kushner first tackled a merit-based immigration proposal last year. It landed with a thud. Now, he's working to make changes and revive the plan ahead of the 2020 election.

Jared Kushner has been quietly trying to resurrect discussions to overhaul the U.S. immigration system, multiple people familiar with the conversations have told NPR.

President Trump's senior adviser and son-in-law has been meeting with business leaders, immigration hardliners and other interest groups important to Republicans with the goal of rolling out a new immigration plan once Trump's impeachment trial ended.

The effort responds to a lobbying push by business groups, which have sought to use the booming economy — a core part of Trump's 2020 campaign message — to make their case for more workers to fill critical job openings.

But Kushner's plan faces daunting odds. There is a gulf between what business interests want and what immigration restrictionist groups are willing to accept. And Democrats are expected to denounce any effort that does not address the 11 million undocumented immigrants living in the U.S., or the 'Dreamers' – undocumented people brought into the country as children.

The White House declined to respond to specific questions about the plan. The details of the plan have not been finalized and could change, or even be shelved.

The strategy is part of White House efforts to demonstrate it is making progress on Trump's previous promises while uniting Republicans on a list of principles as they head into the 2020 election.

"The Kushner plan on behalf of President Trump has a lot to like," said Dan Stein, president of the Federation for American Immigration, which advocates for stronger immigration enforcement.

"While it has zero chance of moving through a divided Congress this year, over the coming months we'll hear why it's better than the ideas coming from House Democrats, mayors with pretensions to bigger things, and an open borders socialist," Stein said, alluding to Democratic candidates.

Elements of the new plan

The new plan would boost the number of legal immigrants by increasing visas for high-skilled workers – something Trump has argued is needed for the tech industry and manufacturers to expand in America.

It would reorganize the Department of Homeland Security to streamline the leadership of its three immigration-related agencies, creating a new director position, or immigration czar, who would be in charge of U.S. Citizenship and Immigration Services, U.S. Customs and Border Protection, and U.S. Immigration and Customs Enforcement.

The plan would increase the number of federal departments and agencies required to use E-Verify, a database that helps check the immigration status of employees. But would not make E-Verify mandatory for all businesses to use.

Keeping E-Verify voluntary is one of the reasons groups that favor immigration restrictions are questioning the plan and pushing for stronger enforcement measures.

They are also concerned that Kushner's plan doesn't cut – and likely increases - the number of green cards issued each year. This year, about 1 million immigrants were given permanent resident status.

"What they do is they take Tom Cotton's RAISE Act, which created a merit system which the president liked, and they basically puff it out to cover more people, more types of applicant types and a huge increase in numbers," said Jessica Vaughan, director of policy studies for the Center for Immigration Studies, a group that wants tighter immigration controls. Vaughan has been briefed on elements of the plan.

The plan includes several border security measures, such as stricter visa screening, clamping down on sanctuary cities and tighter rules for asylum seekers.

The plan would eliminate many current categories for family sponsored immigration, but would allow family members of immigrants to apply for a new "Build America Visa." This new visa category would be for "extraordinarily talented individuals," high-skilled professionals and top graduate students from American universities.

Business groups say they're encouraged by the renewed effort to focus immigration on workforce needs, but raised concerns the plan wouldn't go far enough to increase the number of workers.

Neil Bradley, chief policy officer at the U.S. Chamber of Commerce, said the United States needs to increase legal immigrants to keep the economy booming. At a minimum, he said Trump's plan should not reduce levels of legal immigration.

"Every incumbent president is interested in a growing economy, particularly in an election year," Bradley said in an interview. "One of the headwinds that the economy is facing is a lack of available workers and no sense that there's any relief in sight."

This is not Kushner's first attempt at trying to address this perpetually complicated issue. He led a similar effort last year to create a merit-based immigration system like ones used in Canada and Australia. 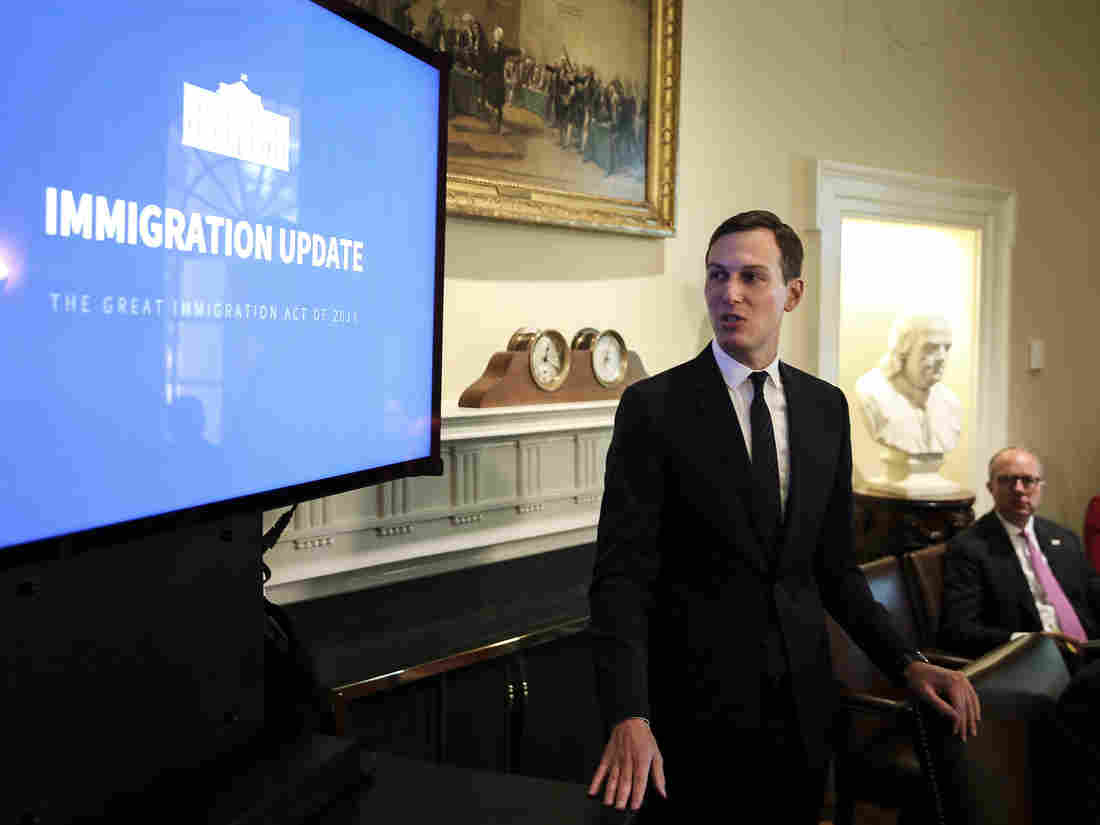 Kushner presented the first version of "The Trump Immigration Plan" during a meeting in the Cabinet Room of the White House on Tuesday, July 16, 2019. Oliver Contreras/Bloomberg via Getty Images hide caption 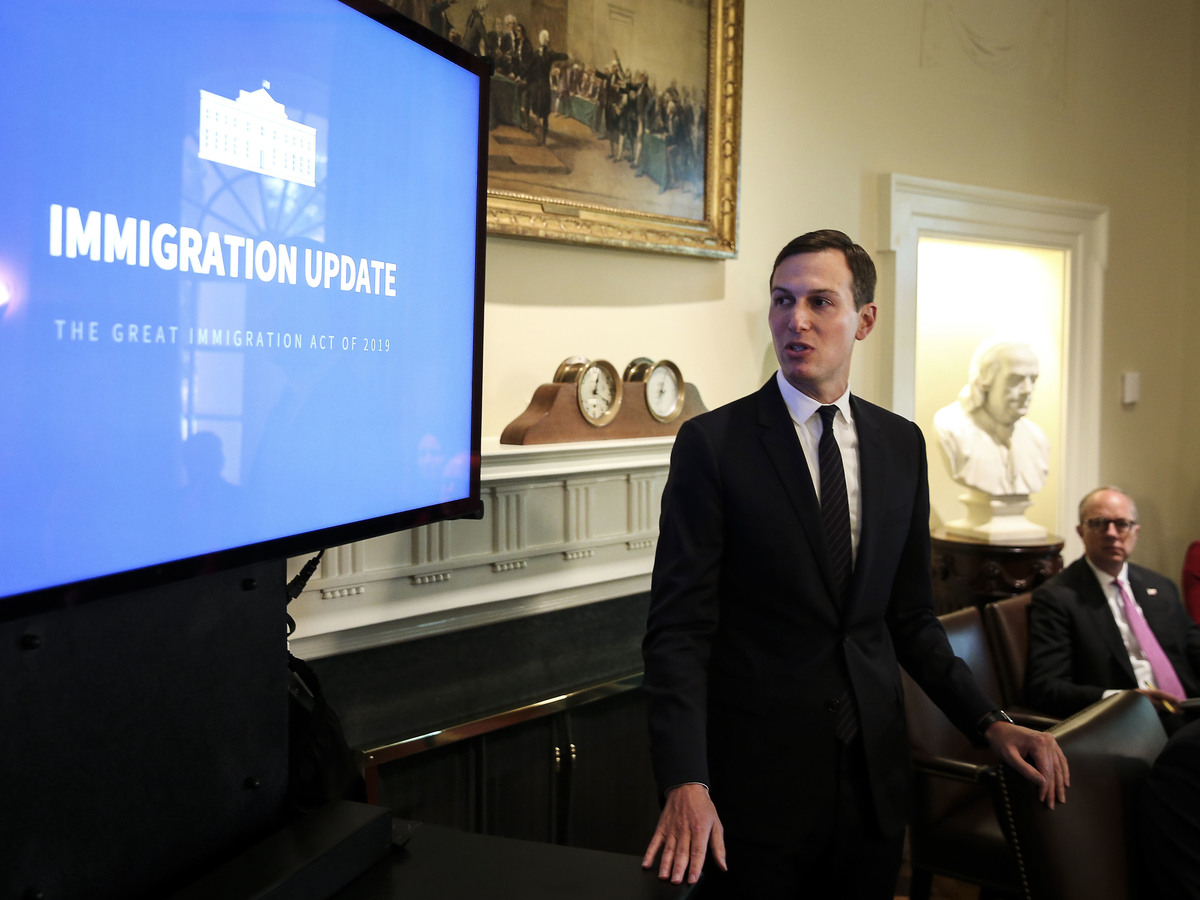 Kushner presented the first version of "The Trump Immigration Plan" during a meeting in the Cabinet Room of the White House on Tuesday, July 16, 2019.

The proposal was released last spring with great fanfare but failed to gain momentum. It landed as Trump shook up DHS leadership. In the course of a few weeks, he fired former Homeland Security Secretary Kirstjen Nielsen and USCIS Director L. Francis Cissna, and pulled the nomination of Ron Vitiello to lead ICE.

The plan also failed to catch fire with factions in the Republican party: the hardliners who seek greater reductions in the number of immigrants, and business groups who want more foreign workers.

The current plan faces those same challenges. And some Republican senators have privately expressed discomfort with the idea of the Trump administration dictating what immigration legislation to introduce, sources said.

Trump campaigned on a promise to crack down on immigration, build a wall on the southern border with Mexico, and end the Obama-era 'Dreamers' program.

But there have been some shifts in his position on legal immigration.

During his State of the Union address this year, Trump alluded to Kushner's efforts to bring in more legal workers to help fuel the U.S. economy. "To build on these historic gains, we are working on legislation to replace our outdated and randomized immigration system with one based on merit, welcoming those who follow the rules, contribute to our economy, support themselves financially, and uphold our values," Trump said.

It's a shift from his "Buy American, Hire American" agenda from the early days of his presidency, which included promises to curtail programs that brought in foreign workers who displaced or competed with U.S. citizens.

Trump addressed skepticism about that shift during a recent interview with Fox News' Laura Ingraham who reminded Trump that he ran for office with a message that he would not allow foreign labor to replace American workers.

Trump pushed back, arguing U.S. companies, particularly tech companies, were running out of workers. "We have to allow smart people to stay in our country," Trump said. "We don't have enough of them. And we have to be competitive with the rest of the world, too."

Those comments raised alarm bells among immigration hawks like Vaughan. While she supports many elements in Kushner's plan, she worries there is too much focus on increasing the number of workers.

"The main problem is trying to do too much in one bill," Vaughan said.