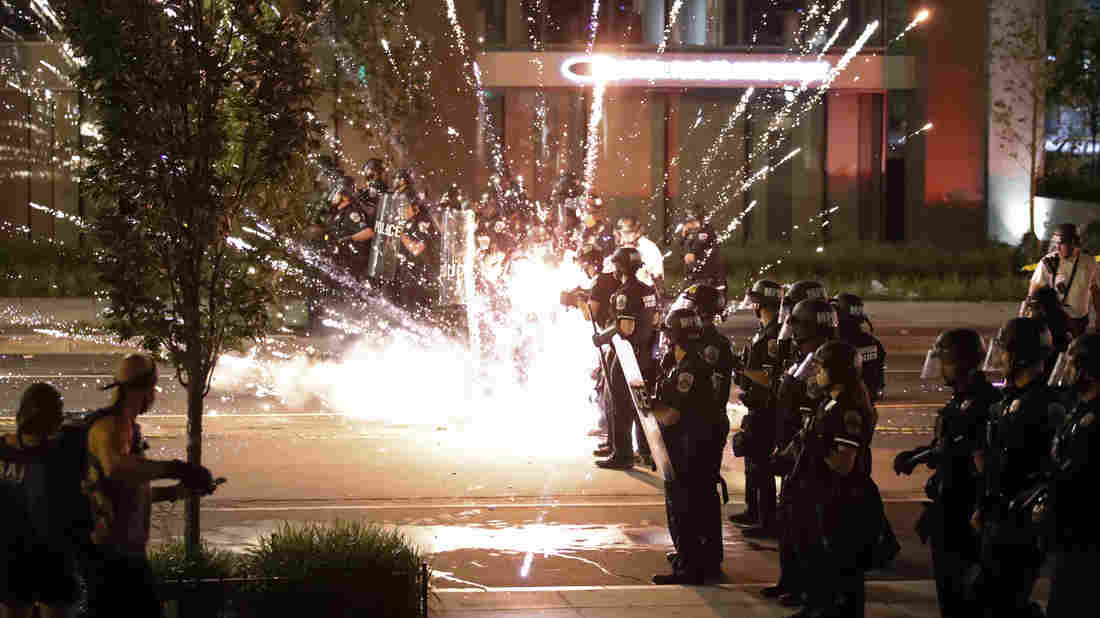 near the White House in Washington. Alex Brandon/AP hide caption 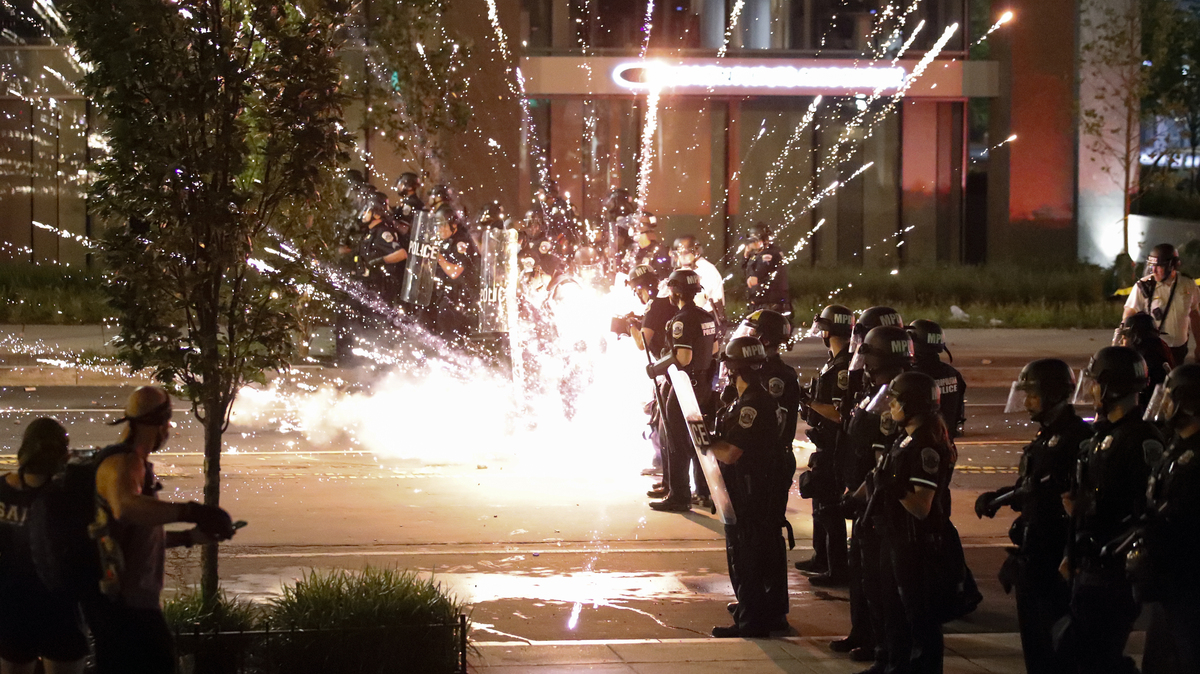 A firework explodes by a police line as demonstrators gather to protest the death of George Floyd on Saturday near the White House in Washington.

Protests have erupted across the nation in response to the death of George Floyd, and some of the demonstrations have turned violent, leading political leaders and activists to debate over who is responsible.

President Donald Trump said in a tweet on Saturday that the chaos was caused by "ANTIFA and the Radical Left." Attorney General William Barr echoed his sentiment, saying that violence has been "planned, organized, and driven by anarchistic and far left extremists, using Antifa-like tactics."

Minnesota Gov. Tim Walz has suggested that white supremacists could be involved.

But former NAACP President and CEO Cornell William Brooks, who is now a professor at the Harvard Kennedy School where he runs a civil rights clinic, told All Things Considered that Derek Chauvin — the police officer who knelt on Floyd's neck — should be blamed for the violent protests, too.

"In these marches and demonstrations, there are anarchists and white supremacists and others who show up to sow chaos, sow anarchy and plant the seeds of violence. That's real," Brooks said. "But be clear: There would be no protests, there would be no demonstrations, had Derek Chauvin not killed George Floyd. And so ... Mr. Chauvin has provided the matches for the arsons [and] the inspiration for the looting that we are all enduring at this moment."

Rioters may have burned Minneapolis & Atlanta—but matches were supplied by Derek Chauvin & Donald Trump. Who supplied or lit matches won’t matter to a Black mother who loses her child to a fire or bullet.

Chauvin was arrested and charged with third-degree murder and manslaughter on Friday, but Brooks believes he "should also be charged with looting, with arson, and with sowing the seeds of chaos and dissension in our public. He is an accomplice, he is a co-conspirator [and] he is a co-participant in the destruction that we are experiencing as a country."

Brooks also pointed out that many of the protesters have been participating in nonviolent demonstrations throughout the past week.

There are "many demonstrations, many protests, [and] many prayer vigils that don't get a lot of news coverage, but where there are thousands, hundreds of thousands of people who have participated with no violence, no looting [and] no burning," Brooks said. "Let's not forget that most people pursue justice nonviolently, peacefully, vigorously, conscientiously and sincerely, with all due respect to the attorney general."

NPR's Janaya Williams and William Troop produced and edited the audio version of this interview.