Coronavirus Cases Have More Than Tripled In Past Week; 17,000 Sickened In China 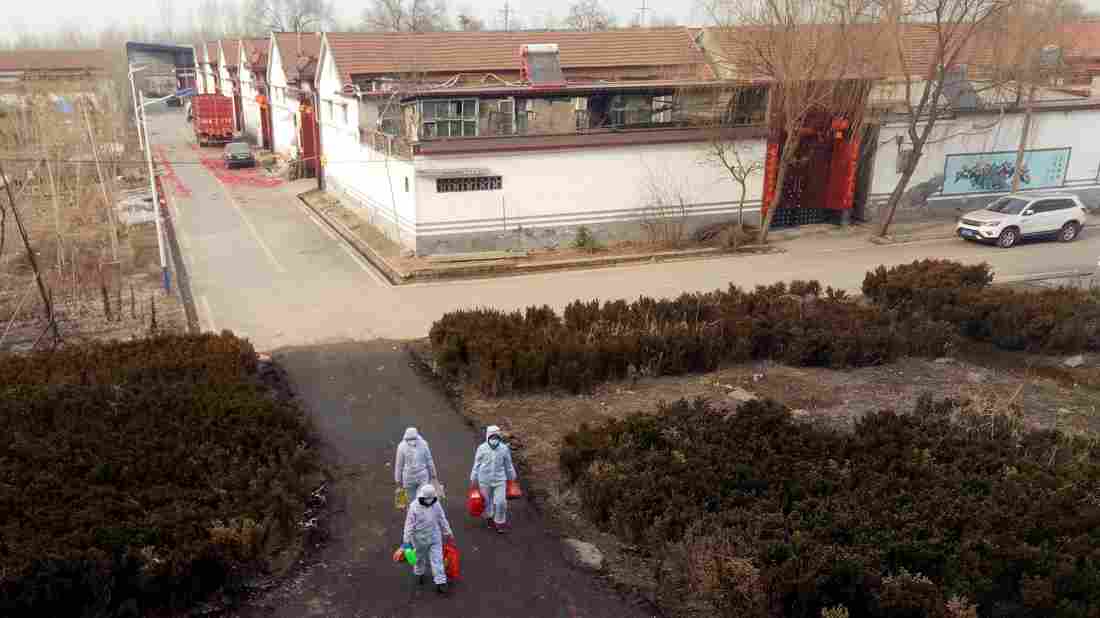 More than 17,000 people have been diagnosed with a new coronavirus since it was identified in December. Here, volunteers in

protective suits deliver daily supplies to people who are under self-quarantine at a village in Shandong province, China. China Daily CDIC/Reuters hide caption 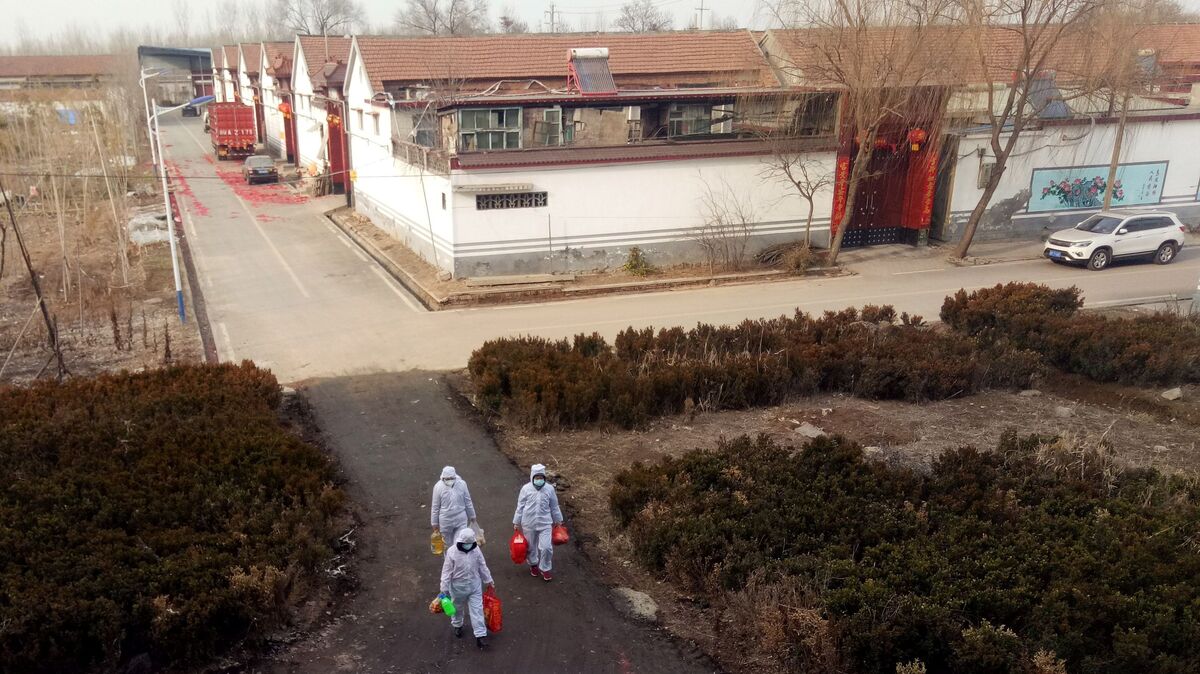 More than 17,000 people have been diagnosed with a new coronavirus since it was identified in December. Here, volunteers in protective suits deliver daily supplies to people who are under self-quarantine at a village in Shandong province, China.

China says it has more than 17,000 confirmed cases of the Wuhan coronavirus, representing a huge leap from the 4,400 cases reported as of last week. Chinese health officials said Monday morning that 2,829 new cases had been diagnosed in the past 24 hours alone.

Outside of mainland China, nine countries or regions are reporting double-digit cases of the coronavirus, led by Japan with 20, according to a global dashboard created by the Johns Hopkins Whiting School of Engineering.

The respiratory virus has killed more than 360 people. The first coronavirus fatality outside China was reported in the Philippines over the weekend.

In a sign of the economic toll, China's stock markets were pummeled Monday — the first day of trading since the Lunar New Year holiday — with the Shanghai Composite Index falling by nearly 8%. Trading was halted for hundreds of Chinese companies after prices for their stocks dropped by 10% — triggering a mandatory hold.

Despite those sharp declines, many markets in the U.S. and elsewhere were holding steady. The S&P 500 rose by about 1% in its first hour of trading, and the Euro Stoxx 50 Index also rose slightly.

The U.S. currently has 11 confirmed cases of the the coronavirus, known as 2019-nCoV, with patients reported in California, Massachusetts, Arizona, Illinois and Washington state. And it has imposed new restrictions on people who want to travel from China to the U.S.

"As of 5 p.m. last night, the federal government started banning anyone traveling from China who isn't a U.S. citizen or an immediate family member of an American from entering the United States," NPR's Rob Stein reports.

That policy followed announcements by American Airlines, Delta Air Lines and United Airlines that they would suspend routes between the U.S. and mainland China.

Nineteen foreigners have been diagnosed with the coronavirus in mainland China, NPR's Emily Feng reports.

"China's foreign ministry said 14 of the foreigners were still under observation and treatment in China," Feng says. "Two had been cured and discharged. At least 37 airlines have said they are reducing or suspending all flights to and from China as the death toll from the new coronavirus continues to rise."

A number of countries, including the U.S., have arranged charter flights to evacuate people from the outbreak's epicenter in the city of Wuhan, repeatedly screening passengers to reduce the chance of the virus spreading. As their citizens arrive home, those countries are placing them under quarantine or other restrictions.

Australia, which has 12 confirmed cases of the deadly coronavirus, is embarking on a controversial plan to send several hundred of its citizens who were evacuated from Wuhan to a mandatory 14-day quarantine in a detention center on Christmas Island.

No, You Won't Catch The New Coronavirus Via Packages Or Mail From China

"The immigration detention center operated from 2003 until late 2018 and has been the site of numerous cases of abuse and unrest," journalist Rachael Bongiorno reports from Melbourne for NPR's Newscast. She adds, "It has been a pillar of Australia's increasingly restrictive immigration policies, which aim to deter refugees arriving by boat from seeking asylum."

There are thousands more cases of the coronavirus than there were of SARS during an outbreak in 2003. But for now, the death toll from the new coronavirus is less than half of the toll from SARS (774).

In the U.S., health officials are urging Americans not to overreact to the coronavirus.

"We do not currently recommend the use of face masks for the general American public," Dr. Nancy Messonnier, director of the National Center for Immunization and Respiratory Diseases at the CDC, said Friday. "This virus is not spreading in your communities."

In an effort to limit the virus, the Trump administration on Friday declared a public health emergency in the U.S. The action requires any U.S. citizen who has recently been in Wuhan's Hubei province to spend 14 days in quarantine when they return to the U.S.

That move was announced after the Centers for Disease Control and Prevention placed 195 Americans who were evacuated from Wuhan, China, under a mandatory 14-day quarantine at a military base in California. Those passengers had initially been subject only to a three-day holding period.

While the Wuhan respiratory illness has dominated headlines with its fast spread, health experts in the U.S. say that right now, the influenza or flu virus poses a greater potential risk to Americans.

Worried About Catching The New Coronavirus? In The U.S., Flu Is A Bigger Threat

"We have an influenza outbreak here," Dr. Anthony Fauci, director of the National Institute of Allergy and Infectious Diseases, said Friday. "We have about 8,000 deaths already. We have about 100,000 hospitalizations."

But Fauci added that U.S. agencies are watching the coronavirus outbreak closely, because while they can be certain flu cases will go away when the seasons change, there are "a lot of unknowns" about the new virus. And he added that evidence of people being infected but not showing symptoms "would make it a much broader outbreak than what we're seeing."

To reduce the chance of spreading any respiratory illness, the CDC recommends that people take simple steps such as washing hands with soap and water for at least 20 seconds and avoiding close contact with anyone who is sick.