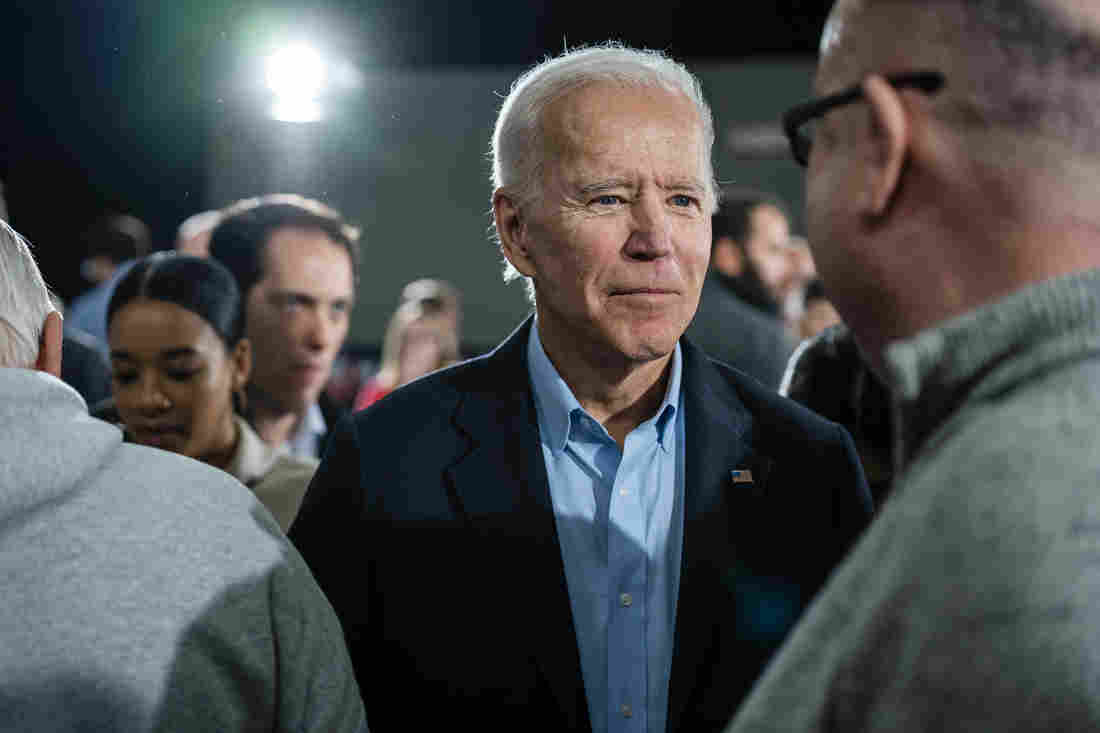 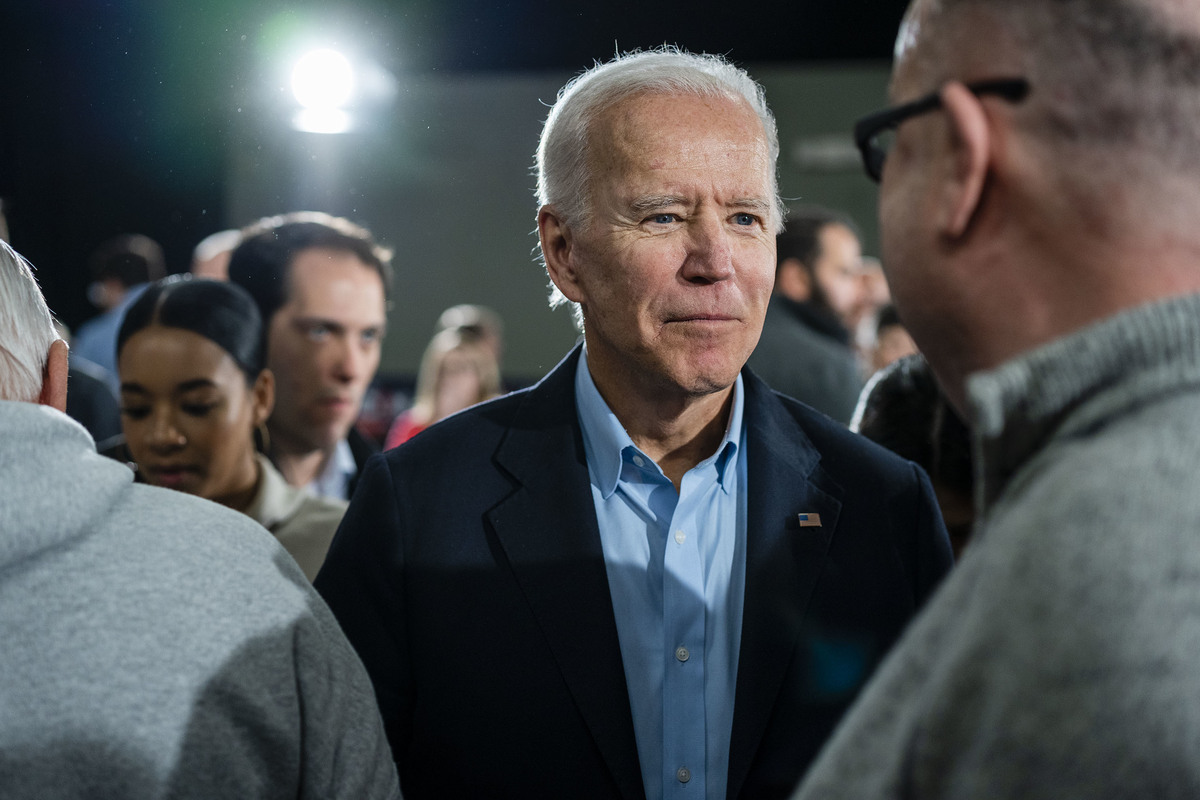 Former Vice President Joe Biden is defending himself against criticism over a heated town hall earlier this week in which he called a voter a "damn liar" and challenged him to a push-up contest and IQ test. The voter, an 83-year-old retired farmer, stood up to ask about Biden's and his son Hunter's work in Ukraine, making some false accusations about it. He also said Biden was too old to run for president.

In a nearly two-minute exchange caught on video that was widely shared, Biden raised his voice as he forcefully pushed back on the voter's allegations. Biden also seemed to comment on the voter's appearance — after the the man said he saw one allegation on TV, Biden replied, "I know you do ... I'm not sedentary."

"The fact of the matter is, this guy stood up and he was, in fact, lying," Biden said in an interview Friday evening with NPR Morning Edition host Rachel Martin on his campaign bus on the way to Decorah, Iowa. "And I just pointed out, you're a liar. It's it's a fact. He lied, period. And so, you know, maybe I shouldn't have kidded with him about that."

Biden's son has not been accused of any legal wrongdoing related to his time in Ukraine.

Biden also defended the push-up and IQ challenges, saying he was joking.

"He said, 'You're too old. I can't vote for somebody as old as you.' I said "Okay!" Biden said. "And he was challenging me what kind of shape, and so I kidded. I said, 'Want to do a push-up contest?' I was joking."

Voters say they felt Biden's tone was off-putting, especially from a candidate who talks a lot about restoring civility. Biden's argues he was just telling it like it is.

"That's not civil?" Biden said. "To call someone who lied a liar?"

One woman, Mary Clark, who is 94, told NPR before a Biden event Friday in Elkhart, Iowa, that she was "so disappointed in Biden. That is not the Joe I know. He sounded like Donald Trump in that clip."

Biden wholly dismissed that comparison. "Donald Trump, he makes fun of people. He belittles people. He lies. I don't do any of those things. Period."