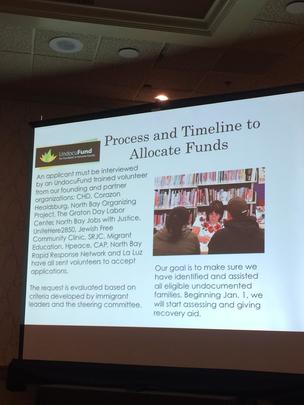 We’re going to make one more visit to the meeting last week where nonprofits heard from groups raising money after the North Bay fires.