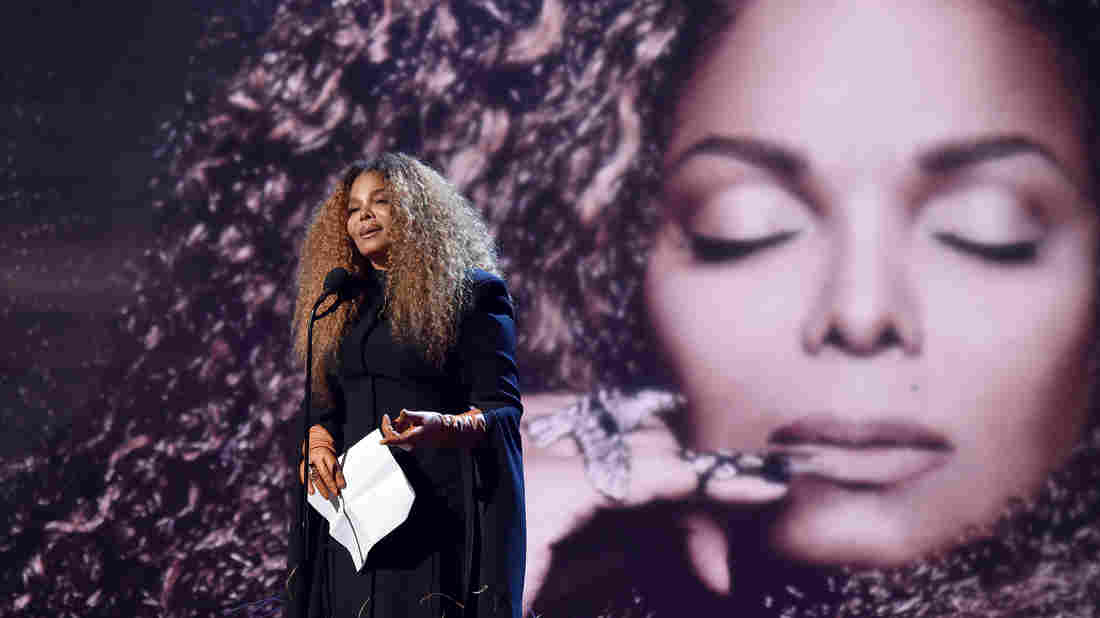 Janet Jackson speaks onstage during the 2019 Rock & Roll Hall of Fame Induction Ceremony. In her speech, she criticized

the lack of women in the Rock Hall. Jamie McCarthy/Getty Images hide caption 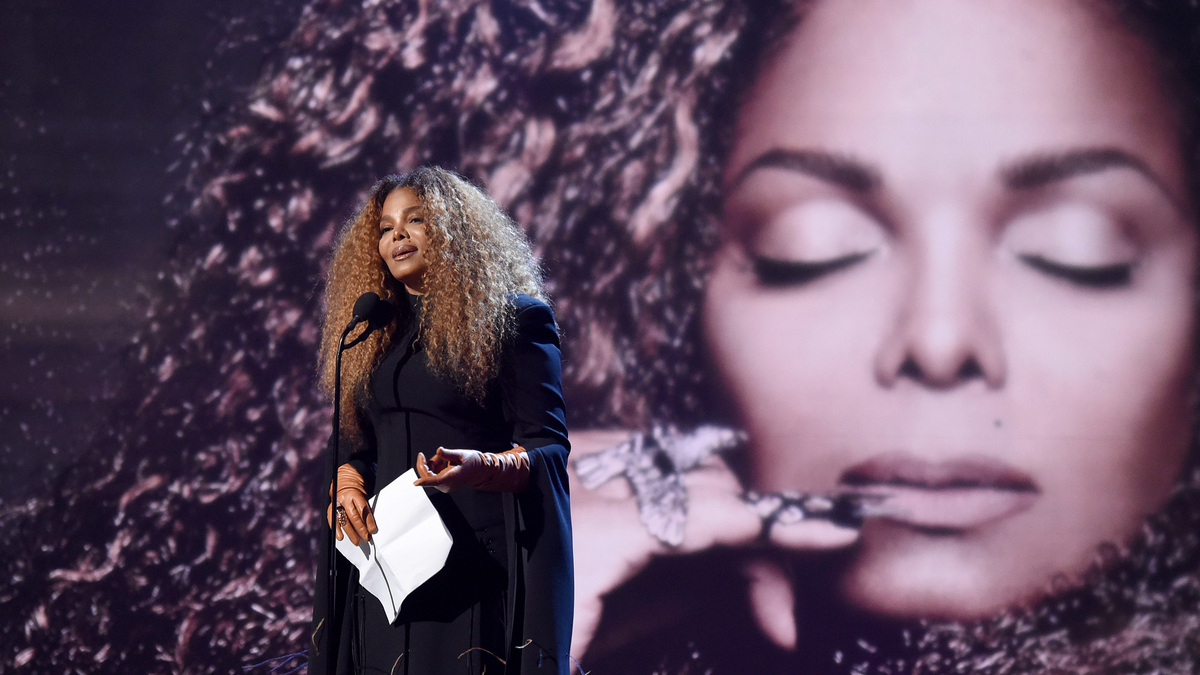 Janet Jackson speaks onstage during the 2019 Rock & Roll Hall of Fame Induction Ceremony. In her speech, she criticized the lack of women in the Rock Hall.

Tomorrow, the Rock and Roll Hall of Fame will announce its 2020 inductees. And while this year's nominees include three woman-driven acts, critics have long chided the Rock Hall for the low percentage of women in its pantheon of performers.

For instance, after warmly accepting her induction into the Rock Hall last spring, Janet Jackson threw down the gauntlet.

Her co-inductee, Stevie Nicks, also criticized the Rock Hall that night for its low number of women in its ranks. Rock Hall Foundation CEO Joel Peresman says he's heard that complaint before.

"We're trying to make this as gender-neutral as possible and just look at as: the criteria of being inducted is quality of work," Peresman says. "And if it's male or female ... that's the criteria."

Former Rock Hall board chair Jann Wenner echoed that sentiment in a Billboard interview this past fall, adding "racially-neutral" to the judging criteria, but "that's a very easy thing for a white man to say," argues Evelyn McDonnell.

McDonnell writes about music and teaches journalism at Loyola Marymount University in Los Angeles. Last year, she did an analysis of gender representation in the hall of fame and found a problem. For every female bandleader inducted, her male band mates also go into the hall of fame. McDonnell discovered that, over the course of 34 years, that process has yielded 69 women out of 888 inductees — or less than 8%.

"Since the dawn of the recording industry, there have been prominent women, sometimes women who were dominant," McDonnell says. "Big Mama Thornton sang the original — and to me, still the best — version of 'Hound Dog,' and she's never been inducted."

The Rock Hall's Joel Peresman acknowledges that a glut of all-male bands has skewed the induction numbers.

"It's not an empirical process," he says. "If an act is Joan Jett and the Black Hearts [and] the committee looks at the people that were involved with her from the beginning --- and that made a significant contribution to the creative process --- how do you not induct them?"

A nominating committee of about 30 artists, scholars and record industry insiders draws up the ballot each year. Craig Werner was on that committee for 18 years. An Emeritus professor of Afro-American Studies at the University of Wisconsin, Werner is also a music writer and he has no problem with the nomination process.

"The issues are much more what happens to that ballot once it goes to the larger electorate," Werner says. Then he sighs. "Well, I'm just going to say it: I think that the electorate makes dumb decisions on a regular basis."

The 150 Greatest Albums Made By Women

There are about 1000 people who get to vote on the ballot, although there's no accounting of exactly who they are. Joel Peresman says they include record company people, writers and artists. But, the voting public also includes every person who's ever been inducted, which is largely a population of (white) men.

"The nominating committee, I think reflects a good sense — a contentious sense, sometimes — of what rock and roll history is. The electorate, I think, does not," Werner says. "I think that it adheres to a very white-boys-with-guitars and hip-hop that fits into that mythology. It marginalizes women. It marginalizes artists whose core audience is in the African-American community. And it almost entirely ignores Latin."

Yale scholar Daphne Brooks has written extensively on race and gender in relation to popular music and, while critical of the Rock Hall's past induction practices, she's encouraged by some recent changes.

She Can Make That Guitar Talk

"So for instance, a couple of years ago now, we have the induction, posthumously, of Nina Simone and Sister Rosetta Tharpe," Brooks says. "That's a kind of work that should continue, I think, to be done."

Tharpe finally got her spot in the hall of fame 32 years after it started inducting performers, even though one of the first inductees, Chuck Berry, always cited Tharpe as a major influence. Daphne Brooks sees the Rock Hall as a piece of the country's historic and cultural memory and says it needs to do better.

"And if we can start from that point," she says, "then I think we can understand why the Hall is important and also why we have to fight for it to be a place where we can all hear and see ourselves and see America in its bold heterogeneous self."