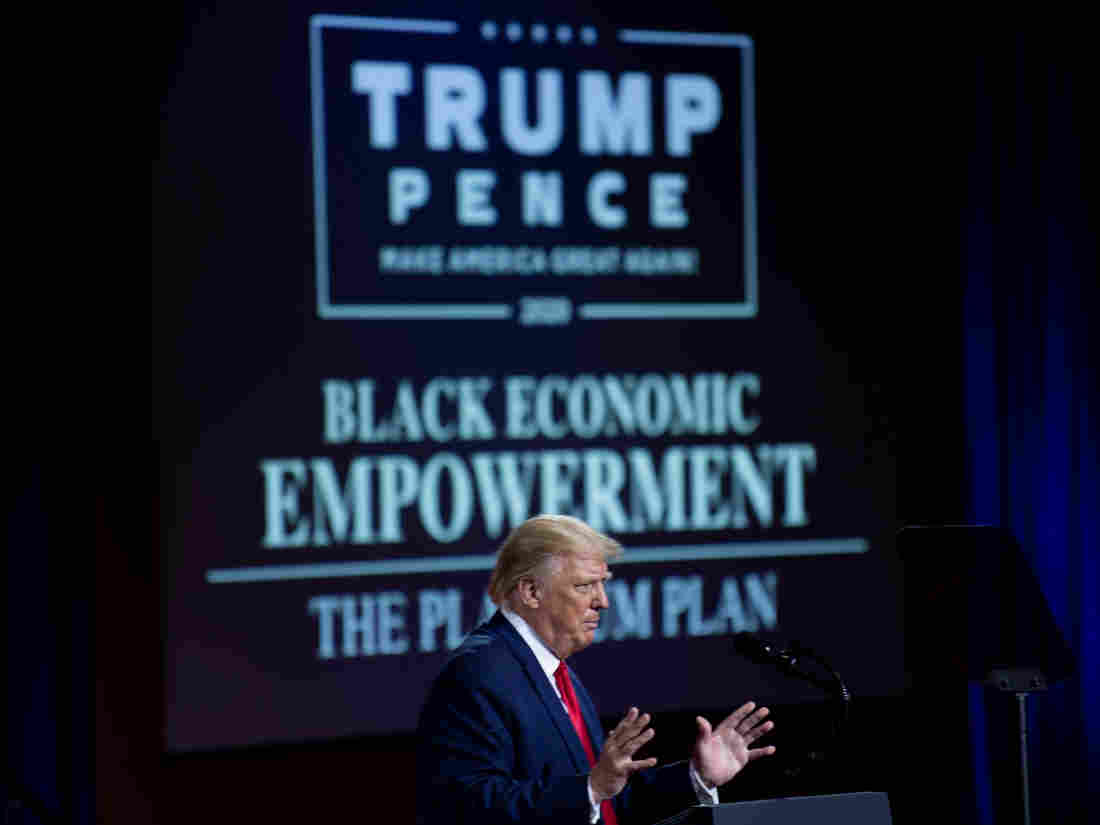 Even when President Trump unveiled his plan for Black economic empowerment, he put most of his emphasis on telling 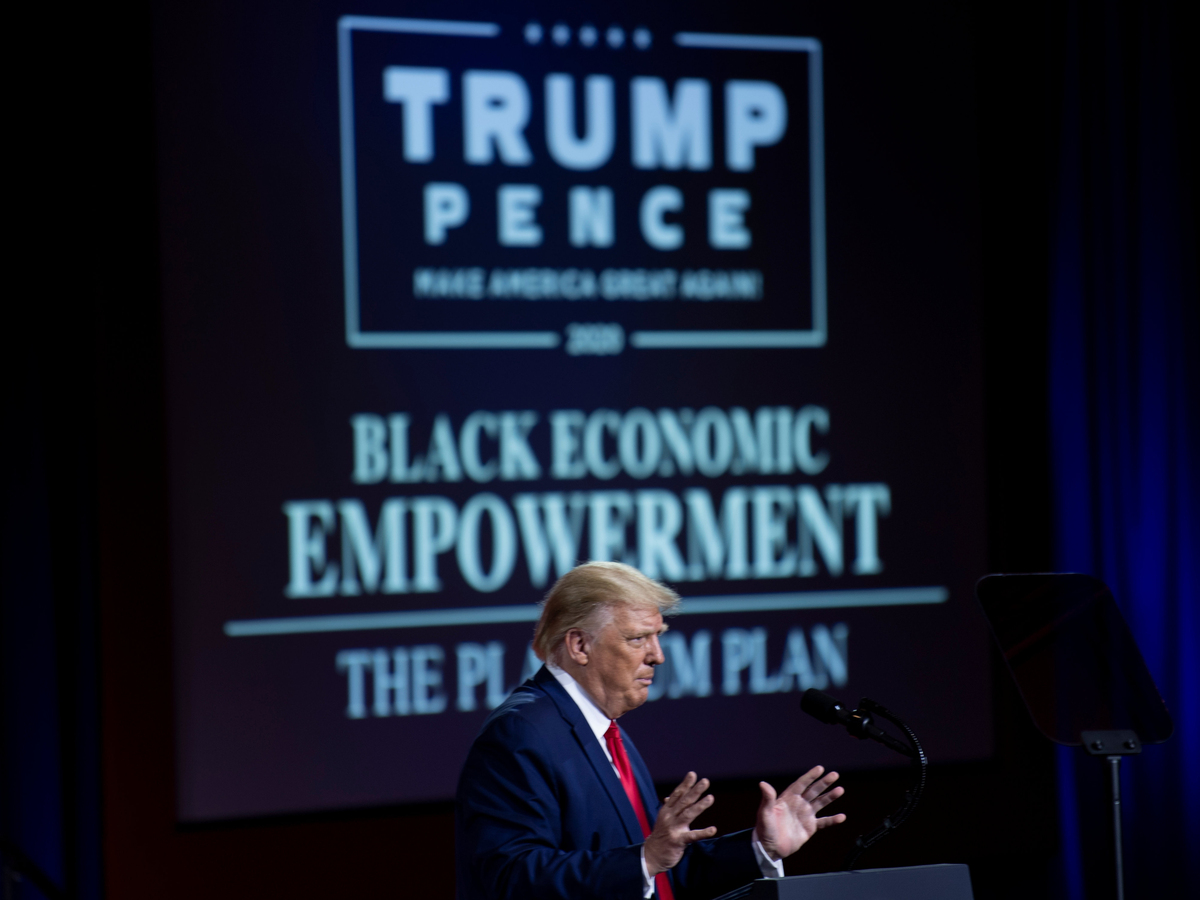 Even when President Trump unveiled his plan for Black economic empowerment, he put most of his emphasis on telling people why they shouldn't vote for his Democratic opponent Joe Biden.

Before President Trump left Miami on Thursday for another long day on the campaign trail, he had a private meeting with a supporter with a big following among a group of voters his campaign has been courting all year: rapper Lil Wayne.

Just had a great meeting with @realdonaldtrump@potus besides what he’s done so far with criminal reform, the platinum plan is going to give the community real ownership. He listened to what we had to say today and assured he will and can get it done. 🤙🏾 pic.twitter.com/Q9c5k1yMWf

The Trump campaign, delighted with the endorsement, promoted it to its outreach list for Black voters. It's still a very long shot. Black voters are a reliable source of strong support for Democratic presidential candidates, and no rapper is going to make a big dent in that.

But after getting only 8 percent of the Black vote in 2016, Trump is hoping to make at least some gains this time.

It's been a two-prong strategy. On the one hand, the campaign is promoting his track record on criminal justice reform, funding for historically Black colleges, and other issues important to Black voters.

But time and time again, Trump has also tried to drive home one clear message to Black voters: don't vote for Joe Biden. Trump has blamed Biden for nearly every policy that has negatively impacted Black Americans over the past 40 years.

Here's How The Candidates Are Making Their Case To Black Voters

Even when Trump unveiled his second term agenda for Black voters called "The Platinum Plan," he spent most of his time bashing Joe Biden, name-checking him more than 20 times.

Critics say this strategy is aimed more at discouraging Black people from participating in the process at all than it is at winning them over. But, the Trump campaign has denied that this is their intent.

Campaign adviser Katrina Pierson says the goal is to draw a contrast and to push back against the notion that Trump's presidency has not been good for Black people.

"It is a very conscious argument to make, considering that America has to make a choice on who they want to lead our country for the next four years," Pierson said in an interview.

Attempting to convert Black voters into Trump supporters was always a tall order. But, the Trump campaign has poured money into outreach to African Americans, and advisers say they believe they have made some inroads.

Trump Campaign Makes Pitch To Black Neighborhoods. Will It Connect?

The campaign spent $20 million on radio and TV ads — including a Super Bowl spot — as well as door-knocking operations and opening 17 field offices in Black neighborhoods in swing states.

Polls have shown some growth in support in certain parts of the Black electorate, but experts are skeptical about how much impact it will have.

The website FiveThirtyEight.com did an analysis earlier this month that found that Trump was doing better with younger African Americans. His support was at 21 percent in 2020 with voters under 44, up from 10 percent in 2016. More recent surveys have since showed Trump's support among young Black voters dropping, but he remains slightly more popular with them than with older Black voters.

The problem for Trump is that younger voters aren't as committed as older ones to getting out to vote, although there are some signs that the youth voting rate will higher than usual this year. 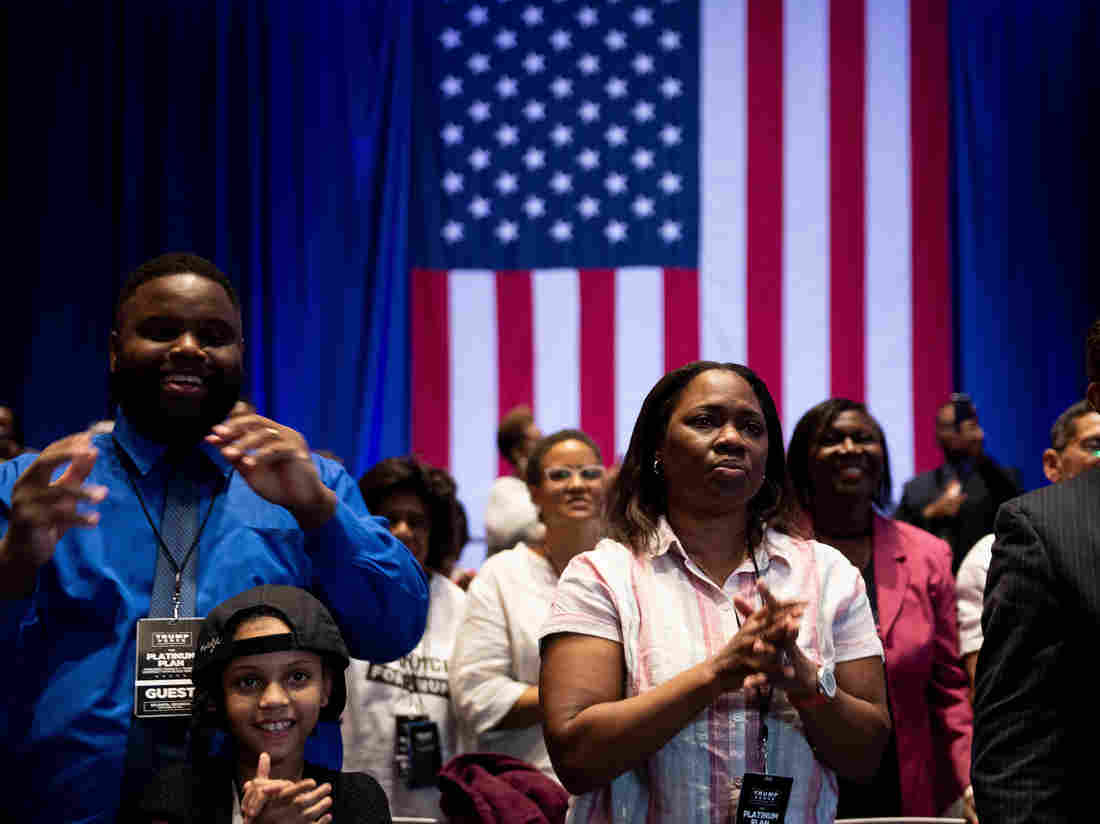 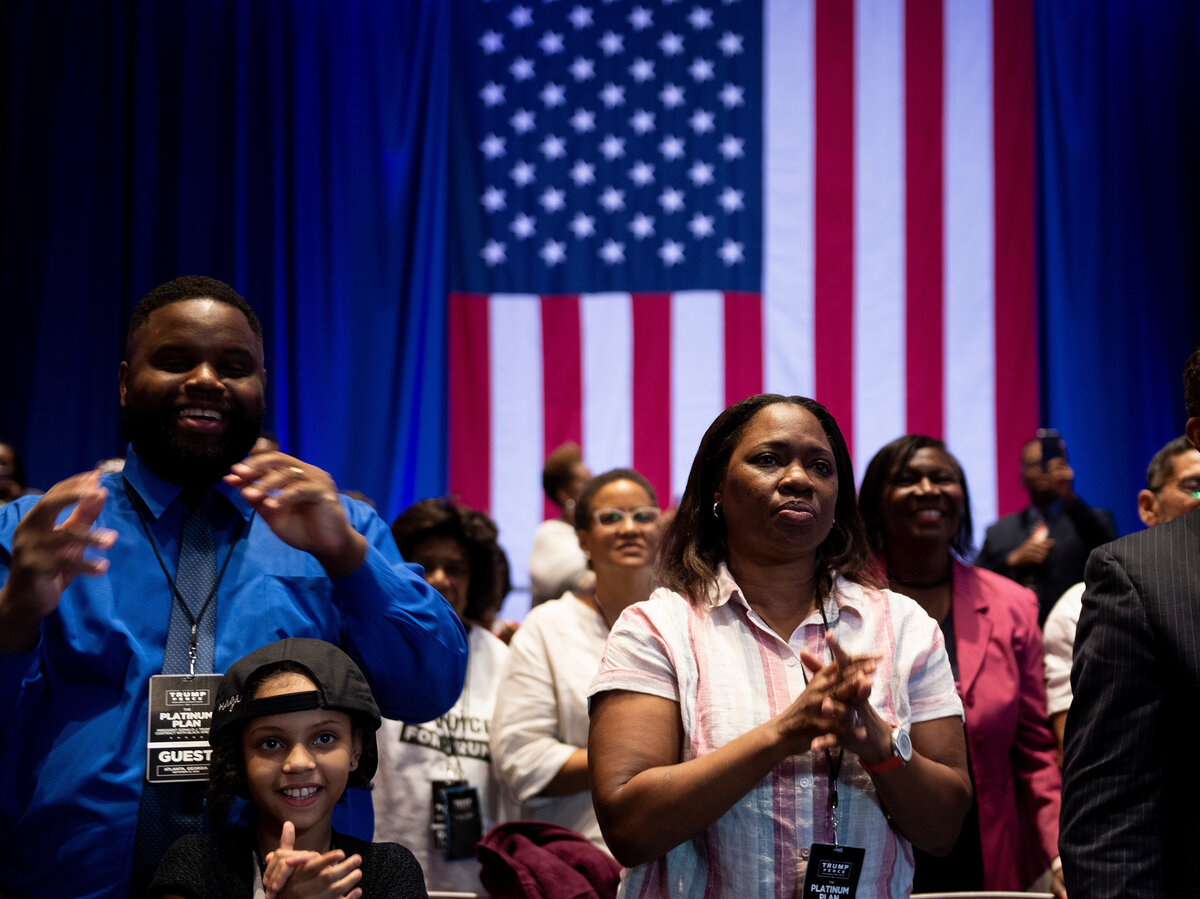 Supporters listen as President Trump unveils his plan for Black Americans at an event in Atlanta last month.

"To the extent Donald Trump is making inroads with the younger black voters, they are more likely those voters who are already going to vote Republican or those voters who traditionally don't vote at all and they're sort of disengaged," said Theodore Johnson, of the Brennan Center for Justice.

Johnson, who studies the role of race in elections, points to the 2012 presidential election as a prime example of how young people do not always show up.

"Older individuals are willing not only to turn out, but they're willing to put up with the crap that is required for turning out."

Turnout for African American voters under 30 dropped that year, but former President Barack Obama benefited from a surge in Black voters over the age of 45. Even with the drop in young voters, Black voter participation still surpassed white participation for the first time ever.

"Older individuals are willing not only to turn out, but they're willing to put up with the crap that is required for turning out," said Chryl Laird, who co-authored a book on Black political behavior.

There is one other part of the Black voting bloc that has shown some openness to Trump: Black men. While most Black men are not Trump supporters, they are more likely to back the president than Black women.

The campaign has tried to appeal to Black men by highlighting former athletes who back Trump — and more recently, some big-name rap stars.

Rapper 50 Cent briefly expressed support for Trump in an expletive-ridden post on Instagram after complaining that Biden would raise his taxes. He later walked back his statements.

"Clearly, his monetary gains and his monetary goals outweigh his views on where the Black community is or what Black people even think of him. And he said so," Laird said.

Another rapper, Ice Cube, also announced that he worked with the Trump campaign on its "Platinum Plan" for Black economic empowerment. Ice Cube told Fox News Sunday that he still had not decided who would get his vote, but he was willing to work with whoever will help African Americans.

Trump adviser Pierson says she thinks the strategy will work. She believes Trump will reach into the double digits among Black voters this time.

But Johnson said an increase of a few points would not represent a historic level of support for a Republican president. The only Republicans in recent decades who did worse than Trump with Black voters were on the ballot against the first Black president.

"What we're seeing today is not Donald Trump converting Black voters to the Republican Party. We are seeing Black Republicans coming back home," Johnson said.