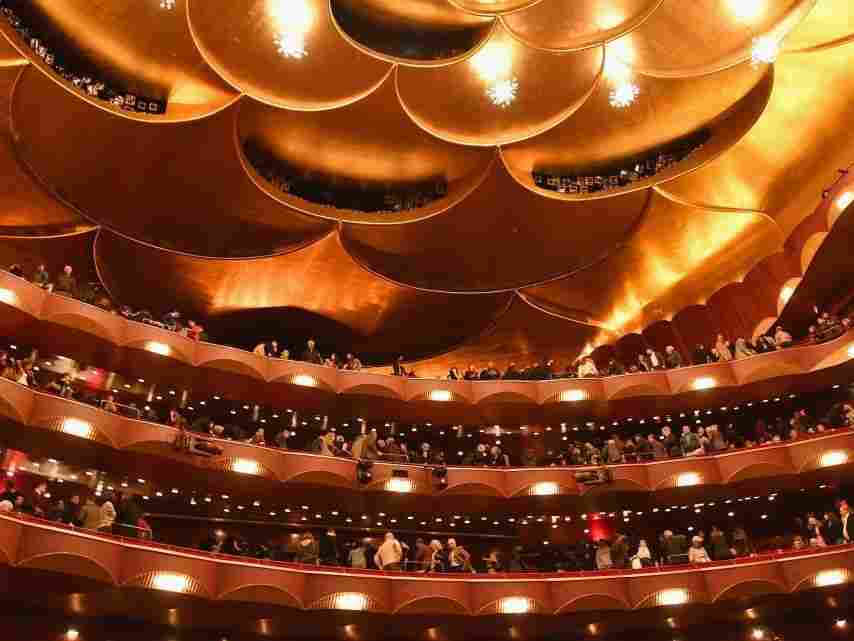 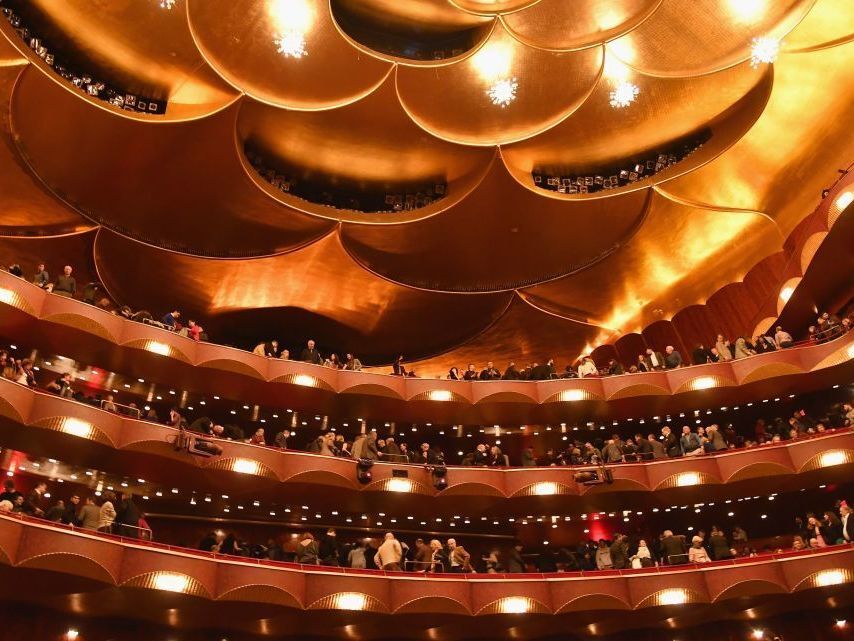 The interior of New York's Metropolitan Opera at a November 2018 performance.

New York's Metropolitan Opera – the largest performing arts organization in the United States by budget – has laid off all of its union employees for the duration of the coronavirus crisis, NPR has learned. The layoff includes all of the opera's orchestral players, chorus singers, and stagehands.

The Met's general manager, Peter Gelb, invoked a "force majeure" clause in the unions' contracts after New York's governor, Andrew Cuomo, banned gatherings of more than 500 people on March 12. (Since then, the restriction was further tightened to gatherings of 50 or more.) The Met indicated previously that it would also not pay any contracted solo singers for performances canceled due to the crisis.

On Thursday afternoon, the Met announced it was also canceling all performances through the end of its 2019-20 season, which was to run through May 9. As part of a press statement, Gelb said: "As devastating as it is to have to close the Met, this was the rare instance where the show simply couldn't go on. We send our thanks to our loyal audiences and we're doing our best to support our employees during this extraordinarily difficult time. We look forward to being reunited in the fall with a new season."

Under the terms of a settlement agreement dated Tuesday evening, which NPR has seen, the Met's management will continue to pay healthcare premiums for its employees. It will also continue to pay for costly instrument insurance for many of its musicians. The employees will be paid their salaries through March 31.

In a brief comment to NPR Thursday morning, a Met spokesperson underscored those provisions and objected to describing the employees' furlough as a layoff per se, preferring to call it "a suspension of employment." However, the terms of the agreement mean that the employees are eligible to file for unemployment.

Musicians and other employees of performing arts institutions across the country are expressing concern that management at their organizations will follow the Met's lead and also lay off their workforces.

As one Met employee told NPR on Thursday, "When we struggle, everyone struggles." The Met's annual operating budget is over $300 million, but it has a relatively small endowment of just $284 million. A study released Wednesday by the advocacy group Americans for the Arts indicates that the country's nonprofit arts organizations are already in "economic freefall" due to coronavirus-related issues. According to the group, losses already total some $3.2 billion.

At this point, it is unclear how long the force majeure provisions will hold for the famed New York opera company. Each of the Met's unions returns to work well before the official start of the new season in September. If the state's ban against large gatherings holds into the summer months, it may create chaos for the Met's 2020-21 season, despite the Met's stated plans.

On each day of the duration of the crisis, the Met's management is streaming an encore presentation of its popular "Live in HD" series for free, which is normally simulcast to movie theaters around the world.

Additionally, the musicians of the Met orchestra, along with conductor Yannick Nézet-Séguin, have begun sharing their own videos of at-home music making on their own website and social media channels, using the hashtag #MusicConnectsUs.