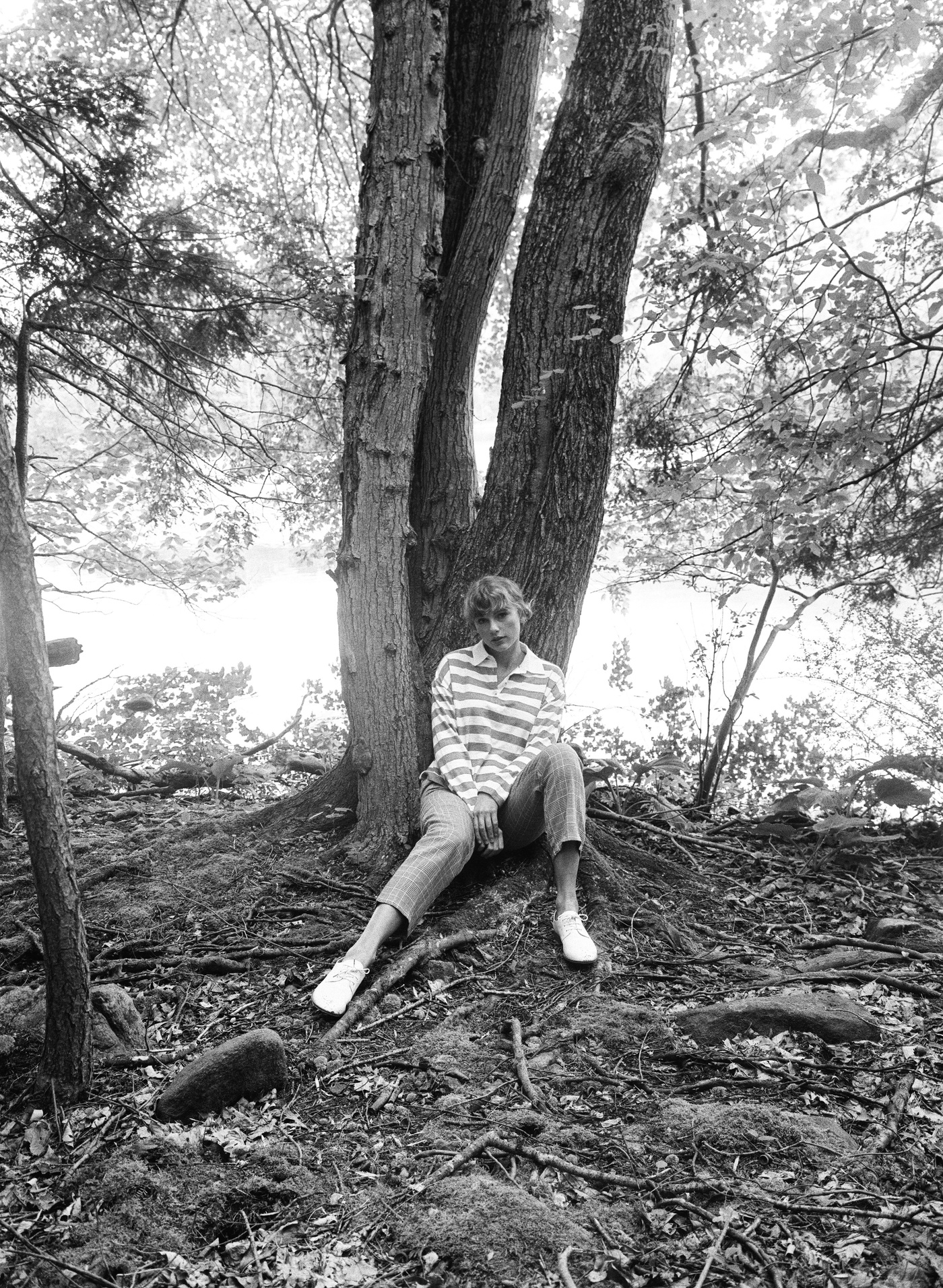 Beth Garrabrant/Courtesy of the artist

No, Taylor Swift did not spend her quarantine nurturing her sourdough starter or tie-dying old sweaters. Nor did she use the period to re-record her catalog as promised last year after a label dispute. Instead Swift quietly spent self-isolationat work on a new album, Folklore, released at midnight on July 24.

Announced with just 16 hours notice, Swift's eighth studio album finds her again collaborating on a handful of tracks with Jack Antonoff, who she called, in a social media post announcing the album's existence yesterday, "basically musical family at this point." But her main collaborator across the album is a new one: Aaron Dessner of The National co-wrote or produced 11 of its 16 tracks. Folklore also features a track with Bon Iver, plus orchestration from a cohort of frequent Dessner collaborators, including brother Bryce Dessner and bandmate Bryan Devendorf, along with Josh Kaufman, Rob Moose, Clarice Jensen and Thomas Bartlett, among others. (Can we expect an appearance from Swift at Eaux Claires or HAVEN someday?)

Folklore applies Swift's signature lyrical style — richly and carefully detailed, rife with knowing callbacks — to a new palette informed by Dessner's work. Skittering instrumentation proves a match for Swift's use of speak-song cadence; meditative piano and horns offer a cinematic soundscape for explorations of character that move beyond autobiography. Much of Swift's catalog has been scrutinized by listeners looking for parallels between lyrical melodrama and real-life events — looking for clues in tossed off mentions of scarves and necklaces. Folklore features songs that explore points of view that seem to diverge from Swift's life, including third-person narratives. Folklore explores a more restrained type of Swiftian expression that's no less exciting than her massive pop singles. She's synthesizing influences (is Boxer the "indie record" of "We Are Never Getting Back Together" fame?) that she's cited over the years, even if they hadn't been clear in her discography up to this point.

Though Swift skipped her typical pre-album fanfare ahead of folklore, sleuthing fans quickly identified a few Easter eggs in the short time between the album's announcement and its release. William Bowery, who is credited with co-writing two tracks, doesn't appear to have credits that predate this work, prompting some to speculate that it's a pseudonym. It wouldn't be the first case of secret identity in her work: Swift used the name Nils Sjöberg for her work on Calvin Harris' 2016 song "This Is What You Came For." Swifties also speculated this spring when the artist praised a cover of "Look What You Made Me Do" featured on Killing Eve attributed to Jack Leopards & The Dolphin Club, widely assumed to be Swift's brother Austin.

Swift has never gone longer than a few years without releasing a new album, but the brief 11-month gap between Lover and Folklore -- with no real tour between — is unprecedented in her career. In a statement, Swift explained, "Most of the things I had planned this summer didn't end up happening." Earlier this year, Swift announced that she'd be rescheduling her Lover Fest shows in Foxborough, Mass., and Inglewood, Calif., due to the global pandemic. She was also slated to headline the 2020 Glastonbury Festival for what would have been the event's 50th anniversary before the festival was cancelled in mid-March.

"Before this year I probably would've overthought when to release this music at the 'perfect' time," Swift wrote in her message announcing the album. "But the times we're living in keep reminding me that nothing is guaranteed. My gut is telling me that if you make something you love, you should just put it out into the world."