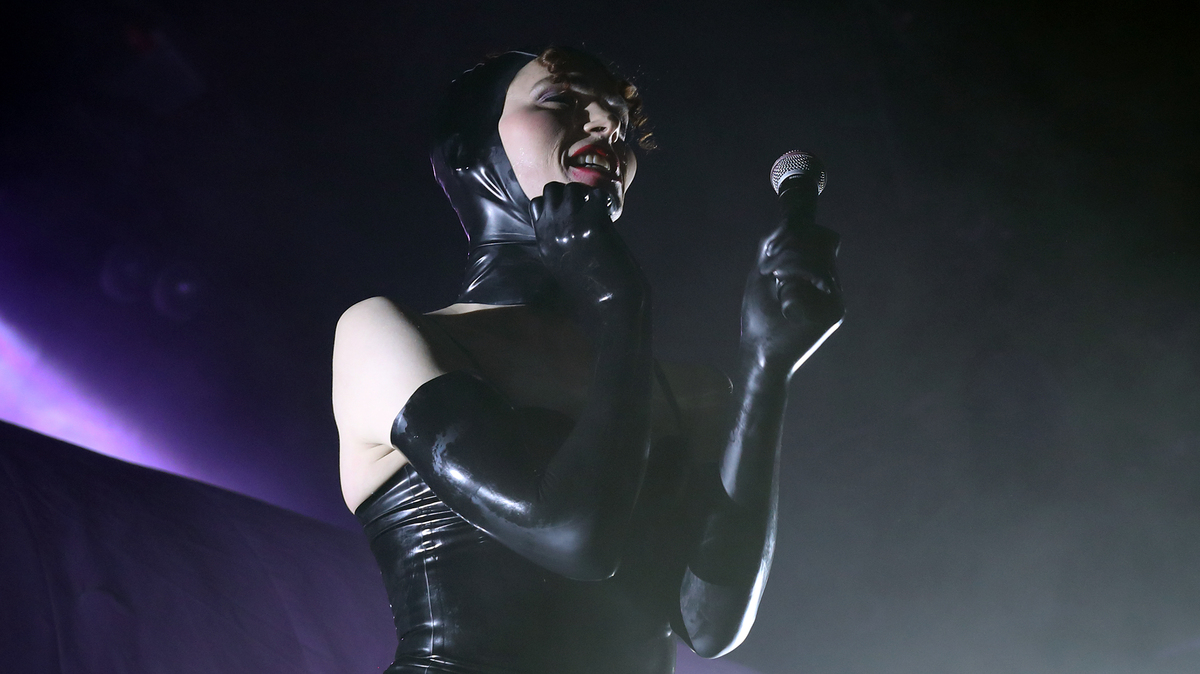 SOPHIE, the audacious producer who helped usher in a new era of pop-infused electronic music, died Saturday morning in Athens after an accident.

SOPHIE's publicist, Ludovica Ludinatrice, confirmed the news in a statement.

"It is with profound sadness that I have to inform you that musician and producer SOPHIE passed away this morning around 4am in Athens, where the artist had been living, following a sudden accident," the statement reads.

SOPHIE's management also shared a statement from the producer's family.

"Tragically our beautiful SOPHIE passed away this morning after a terrible accident," it reads. "True to her spirituality she had climbed up to watch the full moon and accidentally slipped and fell. She will always be here with us. The family thank everyone for their love and support and request privacy at this devastating time."

SOPHIE was a trailblazer in almost every respect. The Scottish-born, L.A.-based producer transformed underground dance music, melding the worlds of house, techno, trance, pop and the avant-garde into something brazenly new and undeniable. SOPHIE, who was transgender, also sat at the crest of a new wave of LGBTQ+ electronic producers that flouted societal norms regarding gender, identity and the status quo.

"SOPHIE was a true inspiration, the World has lost an icon of liberation," tweeted the record label Numbers, which released SOPHIE's breakthrough single, "Bipp," in 2013. "We are devastated. Our thoughts are with SOPHIE's family and friends at this time. Rest in peace."

SOPHIE's career took off almost immediately after the release of "Bipp," which matched hi-res stutter-step production with pitched-up vocals in what would become a blueprint for adventurous pop music over the next seven years.

"It was through [SOPHIE] that I first started thinking about the creation of new sound as accompanying creation of new reality, new material circumstances, new interpersonal potential," Geffen told NPR's All Things Considered on Monday.

"Something that sticks in my memories [was] SOPHIE talking about how the movie Willy Wonka & The Chocolate Factory made a big impression," Geffen said, "which you can hear in the bubbles, in the way everything's carbonated in SOPHIE's music."

As SOPHIE's star rose in the mid-2000s, the producer remained essentially anonymous, declining photography and maintaining the mystery that a mononym provides. But in 2017, SOPHIE released the video for "It's Okay To Cry," a soaring anthem of vulnerability, which showed the producer's face for the first time and served as a bold coming out as part of the trans community. "I hope you don't take this the wrong way / But I think your inside is your best side," SOPHIE sings.

SOPHIE followed up the single in 2018 with the critically acclaimed album, Oil Of Every Pearl's Un-Insides. Fittingly released on Transgressive Records, it defied categorization at every turn, mixing maudlin pop, industrial beats and ambient canvases.

"I think all pop music should be about who can make the loudest, brightest thing," SOPHIE told Rolling Stone in 2015. "I'm interested in [using] current technology, current images and people, to make the brightest, most intense engaging thing."

"When you're listening [to SOPHIE], there's this experience of kind of having these objects, like, whirl around the sound field," Geffen said. "There's a pair of rubber gloves getting snapped over here, and there's, like, a chain banging into the side of a meat locker over here. I mean, none of this was sampling. It was all synthesis."

It appeared as if SOPHIE was planning a return to the spotlight in 2021. The producer just released a new raucous single on Thursday, "UNISIL."