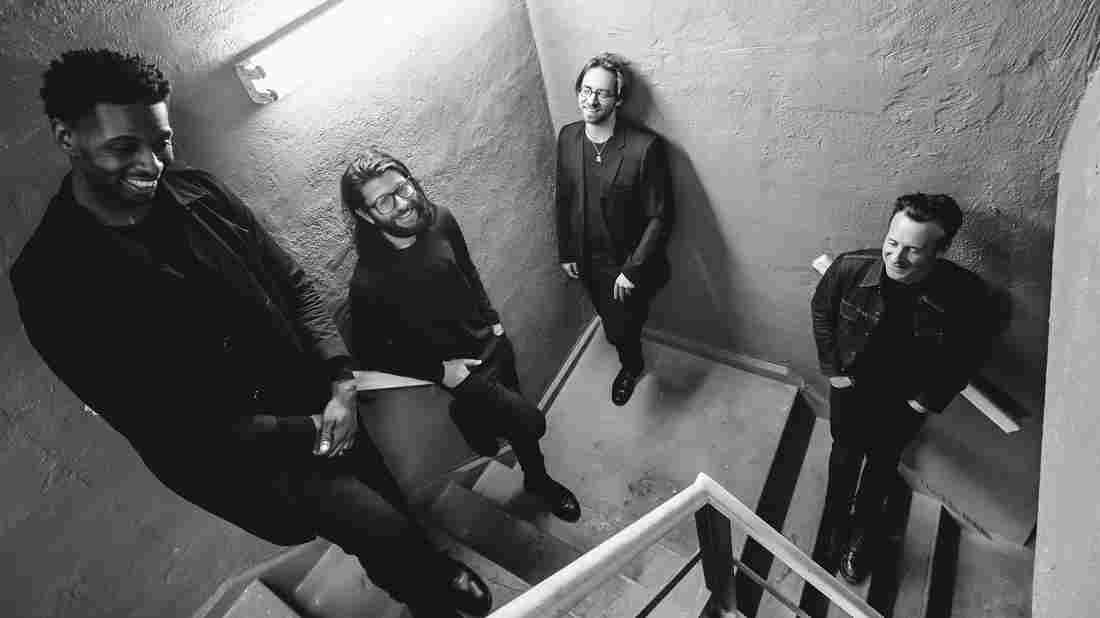 will release its second studio album, Little Big II: Dreams of a Mechanical Man, on May 8. Deneka Peniston/Courtesy of the artist hide caption 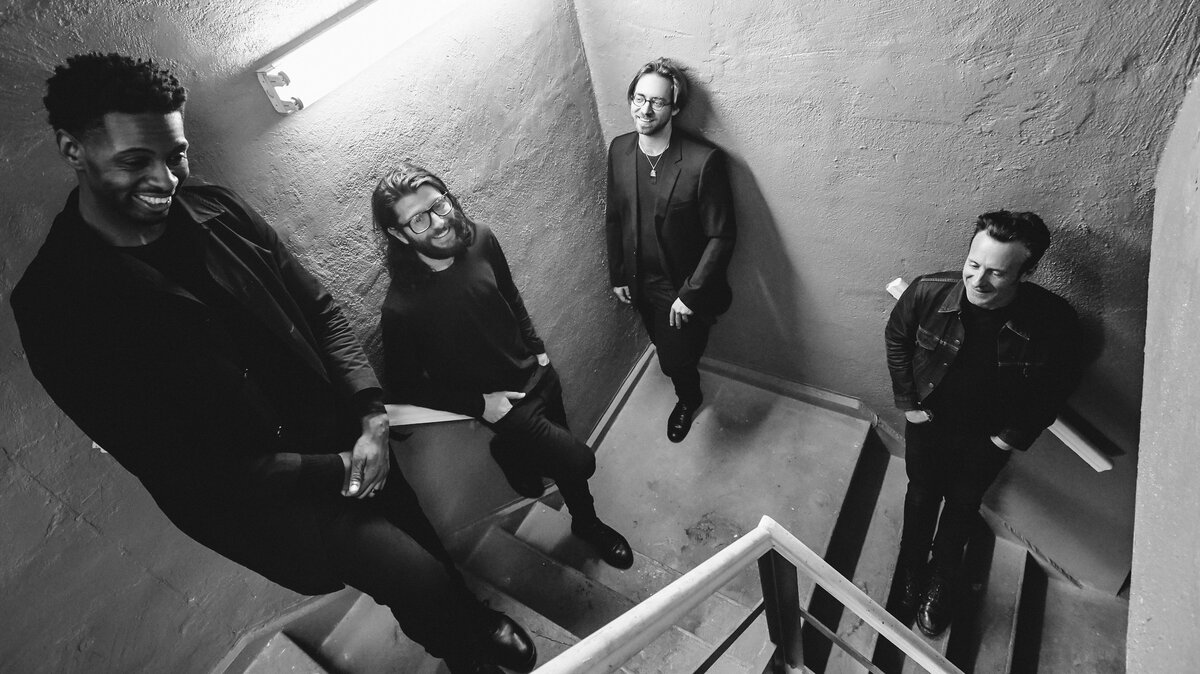 "It definitely feels deeply odd to be thinking about an album rollout at this time," reflects pianist Aaron Parks. "But on the other hand, as a listener and as somebody who's affected by this as well, I know how much I'm needing to get my mind off of this."

Parks, a leading jazz pianist, is speaking by phone from his mother's house in Putnam County, N.Y., where he and his wife have relocated for the time being. (They live in Brooklyn.) He's referring, of course, to the widespread anxiety and disruption caused by the coronavirus — a story that has unfolded just as he prepares to release a new album, Little Big II: Dreams of a Mechanical Man. The cognitive dissonance of a promotional cycle in the face of a global pandemic isn't lost on him.

He had originally been planning to announce the new album, which Ropeadope will release on May 8, with a groove-oriented song,. "But it would have felt tone-deaf and weird to put out a bouncy, happy-ish song," Parks says. So he opted instead for a gorgeous, floating tone poem called "Solace." The sentiment behind that single, which premieres here, is wholly intentional.

Parks introduced Little Big in 2018, with an engrossing self-titled album. The band — with Greg Tuohey on guitar, David Ginyard on bass and Tommy Crane on drums — merges state-of-the-art jazz protocols with the sound of atmospheric indie-rock, in a way that feels organic and unforced. That's even truer on Little Big II: Dreams of a Mechanical Man, which shows how much the band has sharpened its sound on tour. Parks produced the album with an old friend, Chris Taylor of Grizzly Bear.

"Solace" opens with a ruminative piano prelude in a stately rubato, before Parks sets up a tempo just over a minute in. The melody, which he plays in unison with Tuohey, embodies an openhearted calm. "It always felt like a song that I got lucky to discover, rather than something that I constructed," he says. "And it's a song that I would even play for myself, or for the loved ones in my life," he continues. "It always helped me to get in touch with what I was feeling at that moment. It has this inherent melancholy but also hopefulness that are nestled within each other."

Bandcamp Will Forfeit Its Share Of Sales Friday, Urges Direct Support Of Musicians

Like countless other musicians, Parks is facing a world turned upside down. Little Big had been booked to perform this weekend at a jazz festival in Brazil, which has been canceled. The band's album-release celebration is scheduled for The Village Vanguard in mid-May, and it's unclear whether clubs in New York will be back in business by then. Parks is also a member of Terri Lyne Carrington's Social Science, whose cathartic Tiny Desk Concert rolled out earlier this month; they had been booked to appear at the New Orleans Jazz & Heritage Festival, which was just rescheduled for the fall.

Parks — who has been watching his peers on livestreams, and may venture into that territory himself — is doing his best to keep the situation in perspective. "The thing about this that's really hitting me as I digest the news: it's scary, yes, but more than anything, this is so sad," he says. "It's a really, really sad situation. I'm not sure how ready we are for that. We're probably going to want to hide from how we feel, to a certain extent — to put up buffers and protect ourselves — but I do think we really need to be able to feel. We need to have that empathy within ourselves wide awake during a time like this. Just being concerned with our own individual safety and comfort, that's not going to cut it."

As he was making Little Big II: Dreams of a Mechanical Man, Parks already entertained thoughts about mindfulness and social responsibility, along with spiritual renewal. (The second part of the album's title loosely invokes the teachings of mystic and philosopher G.I. Gurdjieff.) Accordingly, he suggests that the current crisis, "while being terrible, is also going to potentially offer a chance for the machine to stop for a second. Is this really how we want to be living on this planet? Is this the way? Whether or not we take advantage of that moment remains to be seen."

The album Little Big II: Dreams of a Mechanical Man will be released on Ropeadope on May 8.