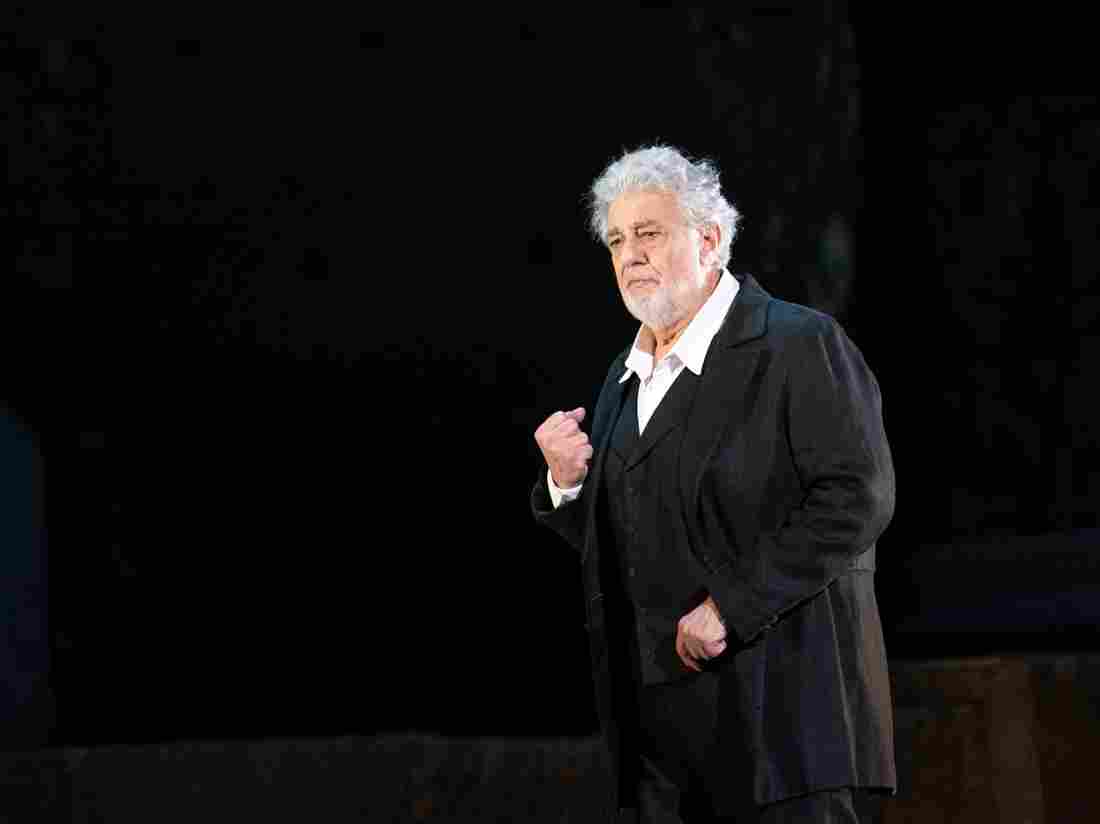 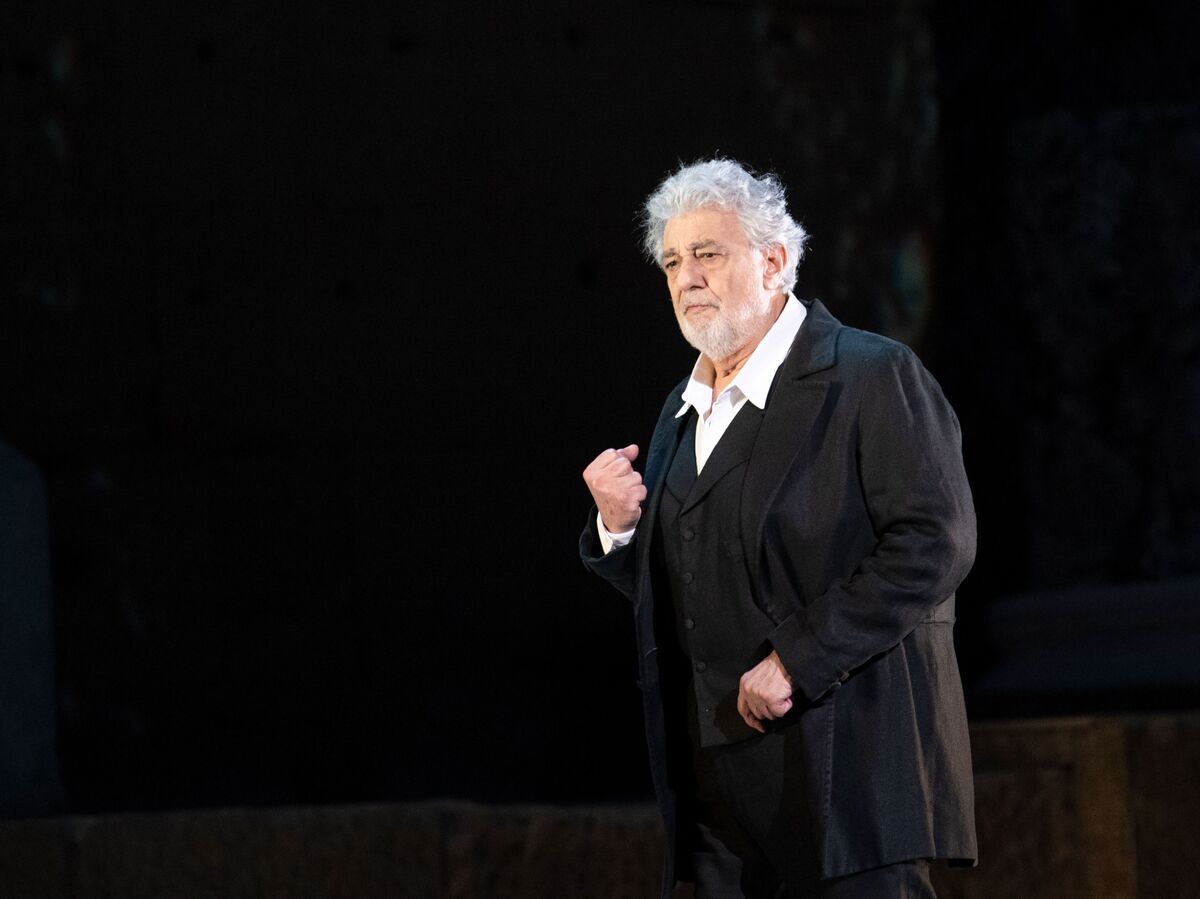 The Associated Press reported Thursday that 11 more women have accused opera megastar Plácido Domingo of sexually harassing them in the opera theaters that are their workplaces. In total, 20 women have now accused Domingo of misconduct in allegations made via the AP.

A spokesperson for Domingo disputed the report and accused the AP of waging an "inaccurate" and "unethical" campaign against Domingo.

One singer, Angela Turner Wilson, told the AP in Thursday's report that Domingo groped her breast while they were having makeup applied backstage at the Washington Opera in Washington, D.C., during the 1999-2000 season. The other 10 women, who have come forward anonymously, allege that Domingo touched them unwantedly, persistently asked for private meetings in person or in late-night phone calls, or that he attempted to kiss them.

The AP said that it has also spoken to a number of women who have worked backstage with Domingo. Those women told the AP that Domingo's reputation for inappropriate conduct was so well-known in the industry that they made a point of trying to keep Domingo separate from young female performers and other backstage workers, and that they tried to ensure that Domingo's wife, Marta, was around as much as possible. Those women include Melinda McLain, who was a production coordinator who worked with the famed singer at both the LA Opera in Los Angeles and Texas' Houston Grand Opera. These women said that such tactics have been used since the 1980s and as recently as the 2016-17 opera season. "We created these elaborate schemes for keeping him away from particular singers," McLain told the AP.

Domingo's spokesperson, Nancy Seltzer, issued a statement to NPR on Thursday saying: "The ongoing campaign by the AP to denigrate Placido Domingo is not only inaccurate but unethical. These new claims are riddled with inconsistencies and, as with the first story, in many ways, simply incorrect. Due to an ongoing investigation, we will not comment on specifics, but we strongly dispute the misleading picture that the AP is attempting to paint of Mr. Domingo."

Last month, the AP published a report in which nine women made accusations against Domingo. In the wake of that report, the LA Opera, the company which Domingo has led for more than 15 years, announced that it had hired an independent firm to investigate the allegations. Two other major American classical music institutions — the San Francisco Opera and the Philadelphia Orchestra — promptly rescinded invitations for Domingo to perform with them this fall. New York's Metropolitan Opera, the best-known and most influential opera company in the U.S., said last month that it would wait for the results of the LA Opera's investigation before taking any steps.

Last month, Domingo issued a statement through Seltzer that said in part: "I believed that all of my interactions and relationships were always welcomed and consensual."

Wilson alleges that the groping incident took place when she was 28 years old and co-starring with Domingo during a run of the Jules Massenet opera Le Cid at the Washington Opera. The company is now known as the Washington National Opera [WNO] and is affiliated with the Kennedy Center.

In a statement to NPR on Thursday, Kennedy Center president and WNO general director Timothy O'Leary said: "We are both disturbed and disheartened to read these new allegations and we appreciate the courage it takes for anyone to come forward with this kind of account. Washington National Opera and the Kennedy Center have zero tolerance policies with regard to harassment and discrimination, and we take allegations of this nature very seriously.

Our goal is to ensure that all of our artists and employees can work and thrive in an environment of safety, trust, support, creativity, and mutual respect. These values are fully reflected across WNO and the Kennedy Center today."

The other 10 women included in Thursday's AP report have come forward anonymously, citing fears of retribution to their careers; according to the AP, several also said that they wanted to "protect an art form that is struggling to remain relevant in the U.S." Because opera careers are built internationally, some of the women also cited the lack of response by foreign opera companies as a further deterrent.

After the August AP report, no European institutions or opera houses canceled Domingo's upcoming engagements; the president of the prestigious Salzburg Festival in Austria told theNew York Times, "I would find it factually wrong and morally irresponsible to make irreversible judgments at this point."

Some prominent opera singers, including the soprano Anna Netrebko — who is scheduled to co-star with Domingo at the Metropolitan Opera later this month in Verdi's Macbeth — have rallied to his defense, as have many fans.

The AP reported that it has corroborated Angela Turner Wilson's account with her husband and parents, as well from journal entries she made at the time. However, the AP also reported that the makeup artist who was in the room with Domingo and Wilson at the time of the alleged groping said that he has no memory of the incident, and that he declined further comment.