4, 2018. The room was evacuated after a gun threat was called in. Chance Yeh/Getty Images for A&E hide caption 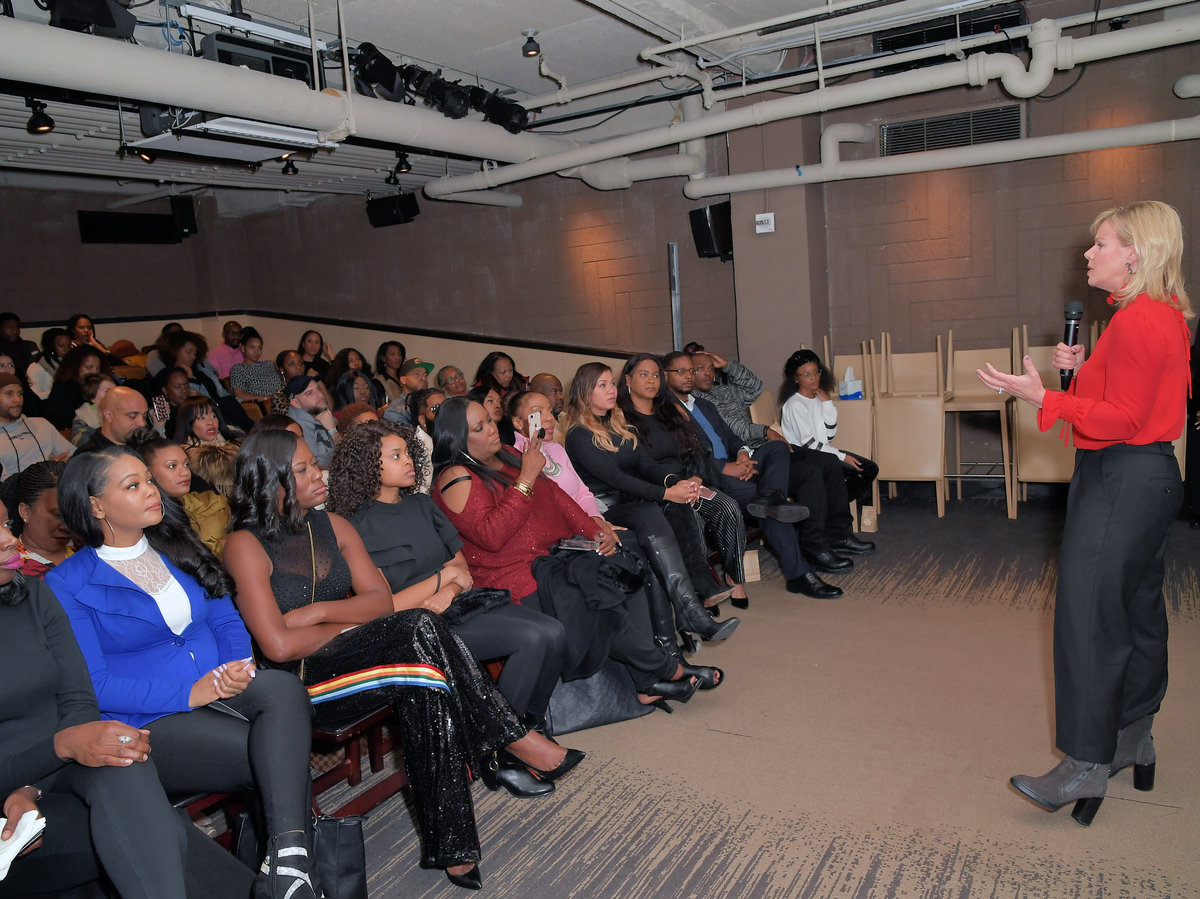 Journalist Gretchen Carlson addresses the crowd before the planned screening of 'Surviving R. Kelly' in New York on Dec. 4, 2018. The room was evacuated after a gun threat was called in.

The six-part series explored allegations that the fallen R&B star has sexually abused women and girls going back to the 1990s. The disrupted advance screening at New York's NeueHouse theater was scheduled to include a panel discussion featuring several of Kelly's accusers and #MeToo founder Tarana Burke, among others.

After the threat was called in, the screening was canceled and the theater was evacuated.

Russell, who was Kelly's manager at the time of the incident, is being charged with two counts of threatening physical harm by interstate communication and conspiracy to do the same. Friday's charges were filed by prosecutors for the Southern District of New York and the New York office of the FBI.

According to the prosecutors, Russell was in Chicago at the time of the screening. They say that on the day of the event, he worked with another individual, called "CC-1" in the court filing, to draft messages to a Lifetime executive that discouraged the network from airing the series. Prosecutors say that Russell also sent Neuehouse a purported "cease and desist" letter to stop the screening; called the New York Police Department and the fire department in an attempt to disrupt the screening; and finally contacted a Neuehouse employee by phone to say that there was a person in the theater with a gun who was prepared to shoot up the room.

These charges are separate from federal charges filed Wednesday by the Eastern District of New York [EDNY] against Russell and two other Kelly associates, in which the men are accused of separate schemes to harass, threaten, intimidate and bribe several of Kelly's alleged victims.

The gun threat to the 'Surviving R. Kelly' series was mentioned in Wednesday's charges from EDNY, but it was SDNY and the FBI who have levied charges related to that incident in particular.

On Thursday afternoon, EDNY magistrate judge Peggy Kuo approved a $75,000 bail package for Russell. He made his first appearance in front of an SDNY judge on Friday.