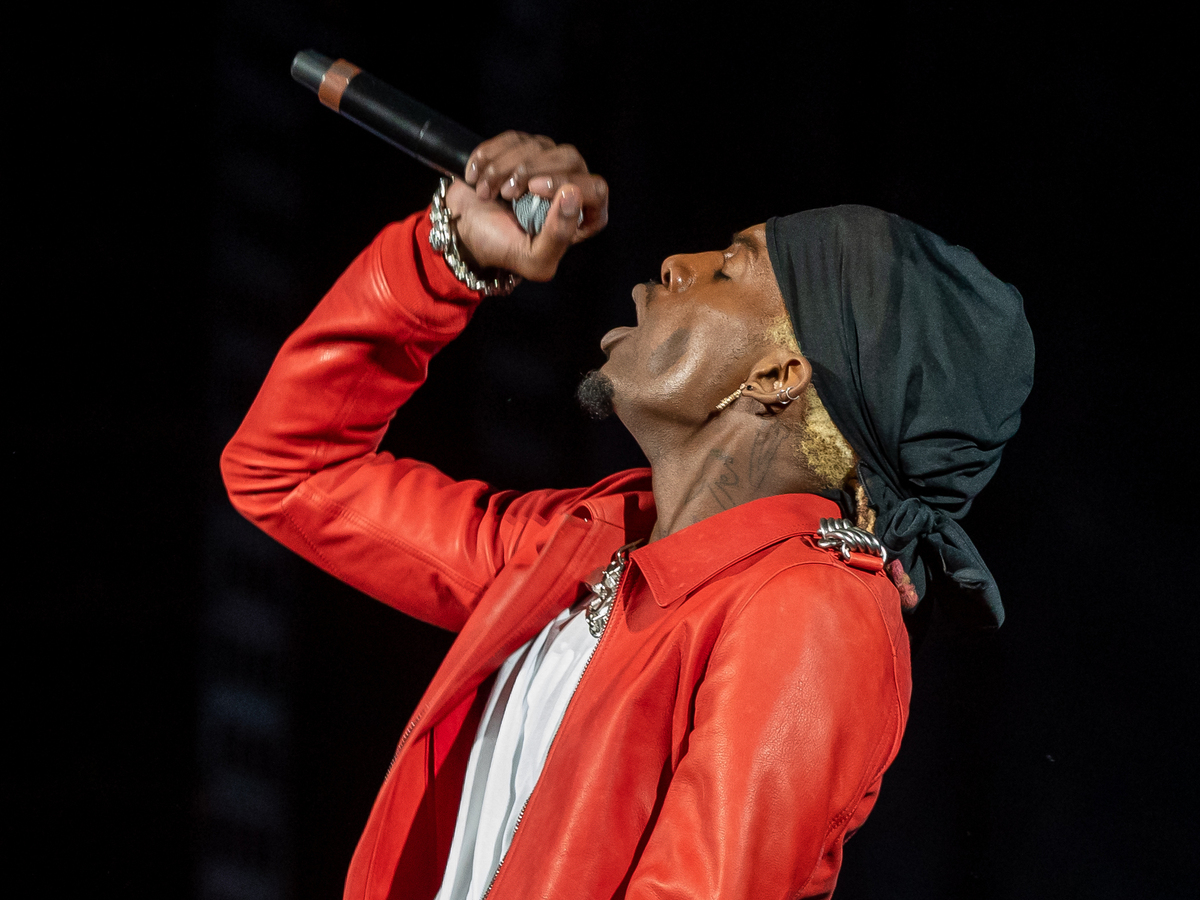 It's a Christmas miracle long in the making — Playboi Carti released his oft-delayed second studio album, Whole Lotta Red, in the early hours of Friday.

After dropping "@MEH" and an accompanying music video in April, his first solo work in two years, Carti teased fans with the album by tweeting, "i hAv3 a gift 4 u :0" on Dec. 2. He officially announced Whole Lotta Red's release date with an album cover and preorder link via Twitter and Instagram on Dec. 22.

On the new 24-track album, Carti continues with his signature unearthly sound. He opts out of being a traditional lyricist and instead acts a conductor of fun. His bars bounce among synthy, fractured beats from various producers like Pi'erre Bourne, Art Dealer, F1lthy, the end result showcasing how comfortable he is toeing the line between riveting and repetitive. Carti takes on an aggressive edge as he turns away from his usual baby-like cadence on tracks like "M3tamorphosis" featuring Kid Cudi.

The Atlanta rapper has remained elusive since the 2018 release of his debut studio album, Die Lit. He had two guest verses this year, making an appearance on Drake's "Pain 1993" and Lil Yachty's "Flex Up," and only a handful, including Solange's "Almeda" and Tyler, the Creator's "EARFQUAKE," in 2019.

Carti's been working on (and building anticipation for) Whole Lotta Red since mid-2018, just after Die Lit. His fast-track to stardom began with the breakout 2017 self-titled mixtape, featuring hits like "Magnolia" and "wokeuplikethis*," and continues with Whole Lotta Red standout tracks like "Go2DaMoon" featuring Kanye West and "ILoveUIHateU."