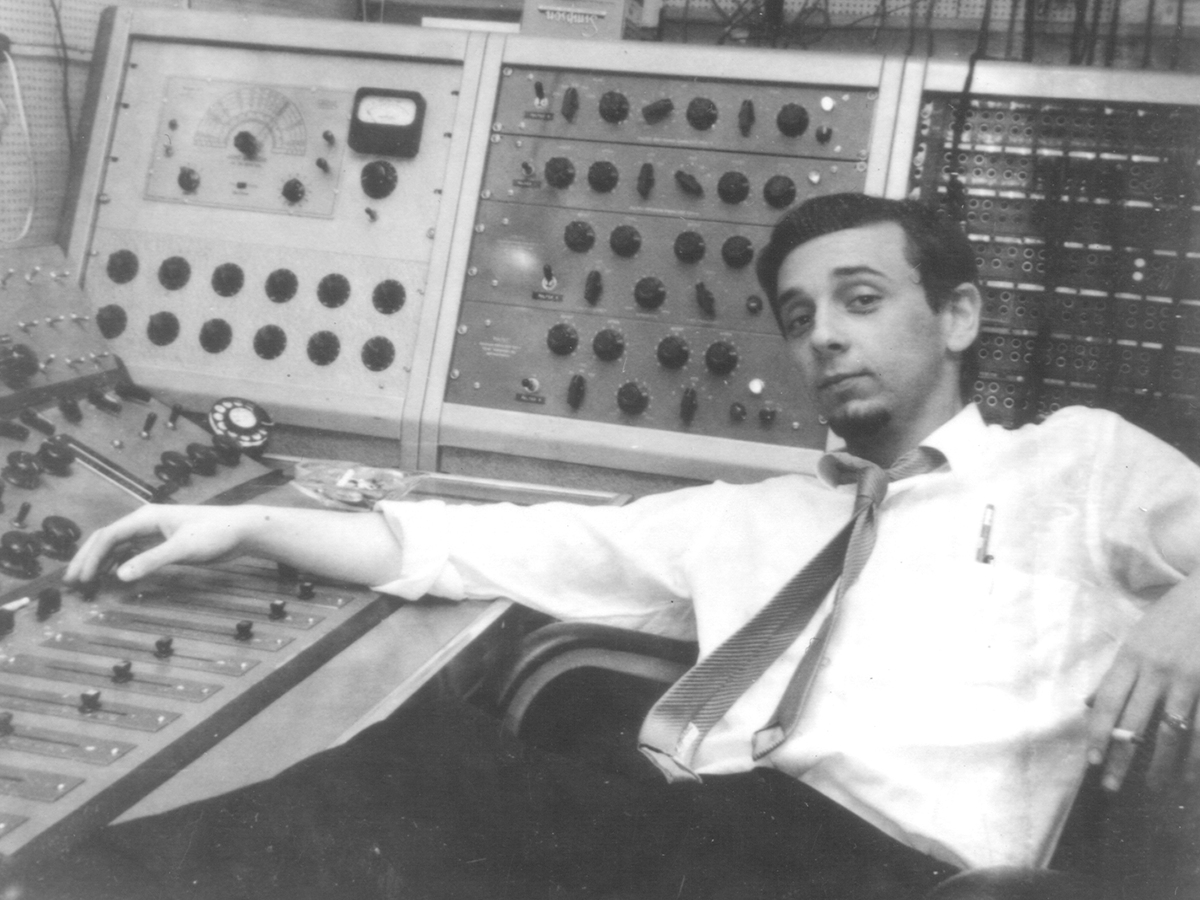 Phil Spector, in the studio in an undated photo.

Legendary music producer Phil Spector — who was convicted in 2009 of murdering actress Lana Clarkson — died Saturday at age 81. His death was announced Sunday by the California Department of Corrections and Rehabilitation, which said that he had died of natural causes. His official cause of death is yet to be determined.

Spector produced some of the greatest recordings of the 20th century, working with Stevie Wonder, The Beach Boys, The Beatles and many others.

Back in 2009, NPR reported about Spector's murder conviction for shooting an actress named Lana Clarkson. Spector had vanished from the music industry for decades and had not completed an album since the 1970s.

"Almost as soon as I sat down with Phil Spector, he started to talk about his mental state," Brown told NPR in 2007.

"I have devils inside that fight me," Spector told Brown. "And I am my own worst enemy. And for all intents and purposes, I'd say I'm probably relatively insane."

Insanity and insecurity haunted Phil Spector's entire life. Spector's older sister had to be institutionalized, and his father committed suicide when the boy was nine years old. The traumatized family moved from New York to Los Angeles. Spector's first hit song, at age 18, was inspired by the inscription on his father's grave: "To know him is to love him."

Spector sang in the background of that song, harmonizing with The Teddy Bears. His perfect pitch and knack for a melody soon made Spector an A-list producer. He was only 21 when he co-founded his label.

"Every Phil Spector session was a party," session drummer Hal Blaine recalled in an interview with WHYY's Fresh Air in 2001. "He used to be in the booth and he'd run back and forth, like he was conducting a symphony, and use certain symphonic movements, the way a conductor would do. Certain times he would look at me and he would say, 'Now' — which meant, 'Go for it.' "

Spector's trademark "wall of sound" propels "Be My Baby," the hit song performed by The Ronettes. The group's lead singer, Ronnie Spector, married her producer.

She told NPR in 1990 their songs were love letters. "We always rehearsed them alone," Ronnie Spector said, "so we had this romance between my singing and him teaching me. It was like the best feeling in the world."

Those feelings began to be spiked by abuse. Spector wouldn't let her wear shoes in the house for fear she would run away. He bought a glass-lidded coffin in which he threatened to display her if she left. Still, Spector produced an extraordinary string of hits, too many to name.

But the song he considered his personal masterpiece, "River Deep — Mountain High," performed by Ike and Tina Turner never achieved the success he expected.

By the 1970s, Spector's career was in shambles. He produced the legendary Concert For Bangladesh. But Mick Brown says his mounting obsession with guns signaled a psychic free-fall.

"He was drinking very heavily," Brown says. "He wasn't a man in control of himself. He'd even wear guns on the phones with record executives — in order to give himself a bit of an edge, it seemed, over the telephone." When Phil Spector produced the 1980 Ramones album End Of The Century, he reportedly pulled a gun on the group in the studio.

Spector soon entered near-seclusion. He tried to record albums with Celine Dion and a British group called StarSailor, but ended up fighting with them. Music, it seems, was only a temporary balm for his pain.

"He had this one priceless gift, which was a musical ability," Brown notes. "And he was able to create out of this gift these extraordinary records, these grandiloquent dreams of romance and love and escape, and fling those back into the face of the word. It was flinging them at his father, who killed himself; flinging at the kids who wouldn't talk to him at school; flinging it at record industry, who thought he was a madman. These records were Spector's revenge."

And they are his legacy.