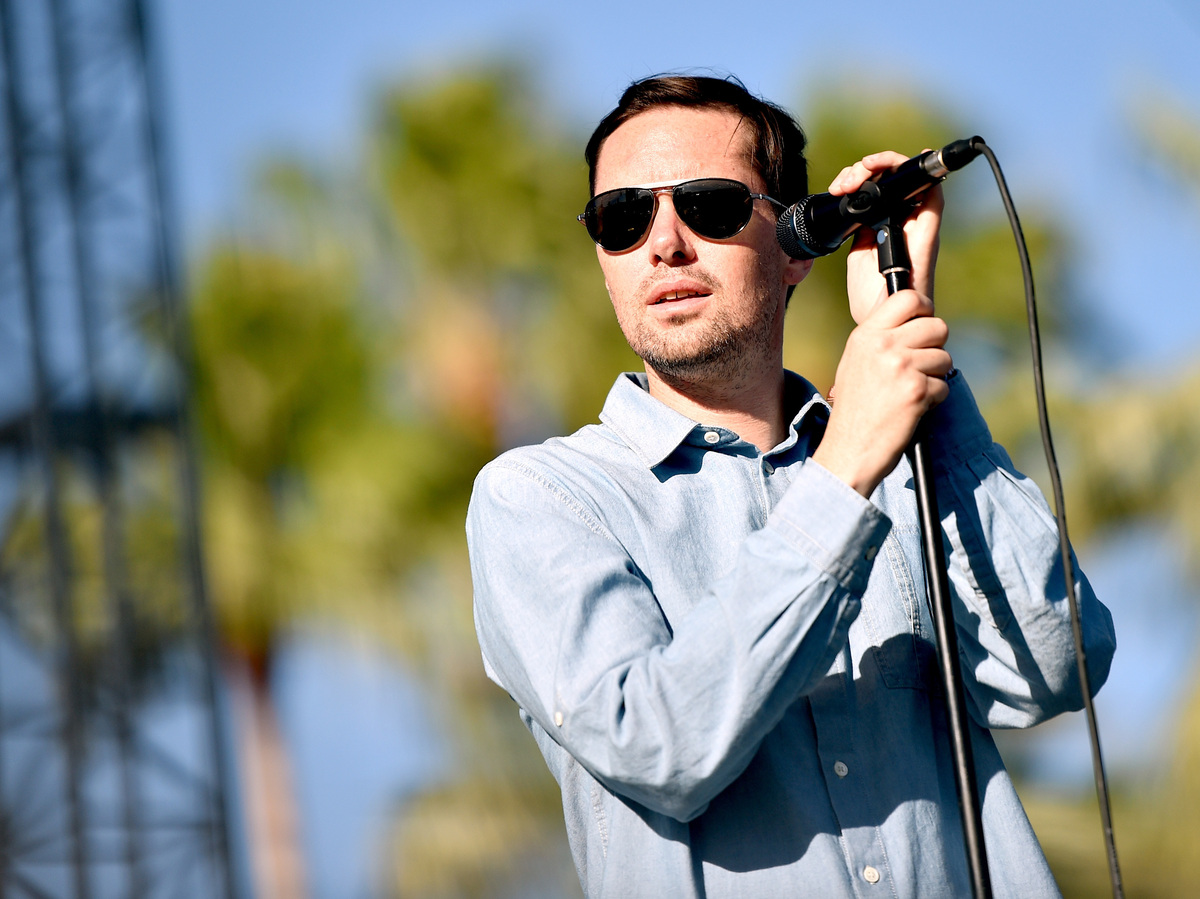 Michael Milosh, the Canadian singer-songwriter behind the pop group Rhye, has been accused of sexual assault and domestic violence by his ex-wife, Alexa Nikolas. In several posts initially published on Instagram on March 13, Nikolas accused Milosh of preying on her when she was a minor, coercing her into unwanted sexual acts, verbally abusing her and choking her.

Milosh released a statement via a publicist to multiple media outlets denying Nikolas' allegations on March 17.

"I reiterate that these accusations are outrageously false and the manipulated stories provably untrue," Milosh said. "I'm fully prepared to cooperate with any independent investigation into these false claims and look forward to being cleared of all the shameless mirrors."

Neither Milosh nor Rhye's record label, Loma Vista, have responded to requests for comment from NPR.

In her initial Instagram post, a five-part open letter titled "Groomed by the Groom," Nikolas refers to Milosh as an ephebophile — someone primarily attracted to teenagers between the ages of 15 and 19 — who "groomed a teenager for a green card, success, and sex." The letter details the history of their relationship and what Nikolas claims were Milosh's multiple requests to meet her as a minor in Los Angeles under the pretense of wanting to photograph her.

Nikolas says that several Rhye songs were inspired by her relationship with Milosh, specifically "Woman" and "Major Minor Love." In the liner notes of Rhye's debut album, Woman, Milosh thanks "my wife, my muse, Alexa." Additionally, Nikolas writes that Milosh recorded her saying "no" during sexual intercourse and included the recording in the song "Don't Call It" from his 2013 solo record, Jetlag.

After releasing three albums under the name Milosh between 2004 and 2008, Milosh started collaborating with Danish instrumentalist Robin Hannibal, which would result in the formation of Rhye. Woman garnered critical acclaim in 2013, and Milosh released Jetlag later the same year. After Hannibal's departure in 2017, Milosh continued Rhye as a collective and released three more albums: Blood, Spirit and Home, the last of which was released in January.

Nikolas declined to comment on whether she planned on filing charges against Milosh.

In an interview with NPR, Nikolas says, "Every day, I have flashbacks of things that happened in our relationship and sometimes I'm shocked I didn't remember something. When something traumatic happens to you, you think you remember every detail. The more I go through this healing process, the more I realize your mind blocks out trauma."

She writes that the pair continued a long-distance relationship until Milosh proposed in 2011, when Nikolas was 19 and he was 36. According to her letter, in 2015 she looked through Milosh's old emails and found a message from Rhye's record label stating that it wouldn't pursue the project or allow Milosh to tour for Woman unless he acquired a U.S. visa. Nikolas is American.

Pitchfork has reported that court documents indicated Nikolas and Milosh were married in 2012 and separated in 2016 and that their divorce was finalized in 2019.

Nikolas concludes her open letter with, "To this day I still suffer PTSD from that relationship, even doubting my own sanity on some days."