Metropolitan Opera Backstage Workers: 'Without People, The Opera Is Nothing' 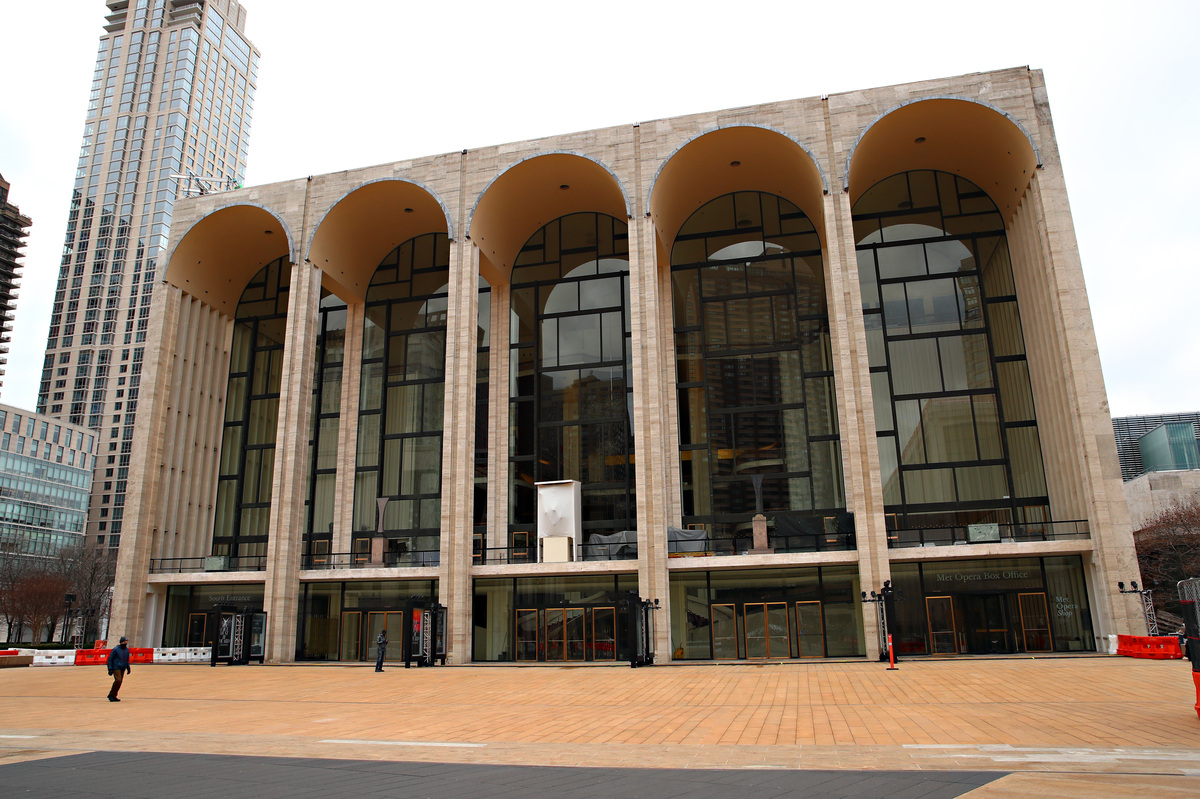 A union representing 800 backstage workers at New York's Metropolitan Opera began a publicity campaign today urging donors and government entities to withdraw support for the company because of a labor dispute.

The Met is the largest performing arts organization in the United States, employing close to 3,000 people, with an annual budget of over $300 million. When it shut down because of COVID last March, the company cited the force majeure provision of its agreements, and made the decision to furlough all its union of artists and craftspeople.

In the midst of the furloughs, contracts with the International Alliance of Theatrical Stage Employees, or IATSE — which represents workers, from stagehands to box office personnel to make-up artists — expired. The two sides met for several negotiating sessions, beginning last July. The Met offered IATSE members a weekly "bridge" payment of $1,527 during the pandemic, contingent on a 30% pay cut when it was over. The union offered several counterproposals, says James Claffey Jr., president of IATSE Local 1: "We offered a significant reduction for a year's time, and we were prepared to actually go for a longer period of time, at an even greater reduction. But we never got there." Talks broke down in early December, and the union has been locked out since then.

In a statement to NPR, Peter Gelb, the Met's general manager, wrote: "The Met was surprised to read IATSE's statement, since we've been attempting to negotiate with Local 1 all along, even after they broke off our talks in December. As we've explained to Local 1, we remain willing to negotiate at any time, day or night."

The IATSE campaign and website are aimed squarely at the company's subscribers and donors. Its online ad states: "The Met Opera isn't about balance sheets. Without people, the opera is nothing." It urges patrons to withhold contributions to the Met until IATSE members are reinstated.

The union has also begun a three-pronged lobbying effort: talking with lawmakers in Washington, D.C. and in Albany about excluding the company from stimulus funds, and contacting the 22 New York City mayoral candidates to brief them on the situation. "We are hearing from members of Congress, as well as state and local government leaders, that they are disturbed that the Metropolitan Opera would lock out its workers," writes James Horwitz, a spokesperson for IATSE, "adding to the hardship of those who work in the arts community."

The Met's other unions, Local 802 of the American Federation of Musicians and the American Guild of Musical Artists (AGMA), have agreements that expire in 2022, but have yet to begin negotiations. Adam Krauthamer, president of Local 802, told NPR, "We support all efforts to educate the public about the injustice happening at the Met and to bring Mr. Gelb back to the negotiating table," adding: "Mr. Gelb should be honest with the valued Met audience and donors."

The pandemic forced the Met to cancel the final months of the 2019-20 season, as well as the entire 2020-21 season. That's a loss of 276 performances and the ticket income from them. The Met has offered free archival video on its website and has produced a series of pay-per-view recitals, "Met Stars Live in Concert." Two of those recitals, broadcast from Europe, raised the ire of the AFM, because Met management hired instrumentalists who were not members of the Met Orchestra.

Local 1 president James Claffey Jr. hopes talks start again, because once the pandemic is over, "without people working in the Met Opera, there's no grand opera, there's no performances," he said. "And they need the crafts of people that perform all their duties and their magic to bring out what everyone calls one of the grandest performing arts centers on the planet."