Keeping Up With Amanda Jones, Score Composer On The Rise 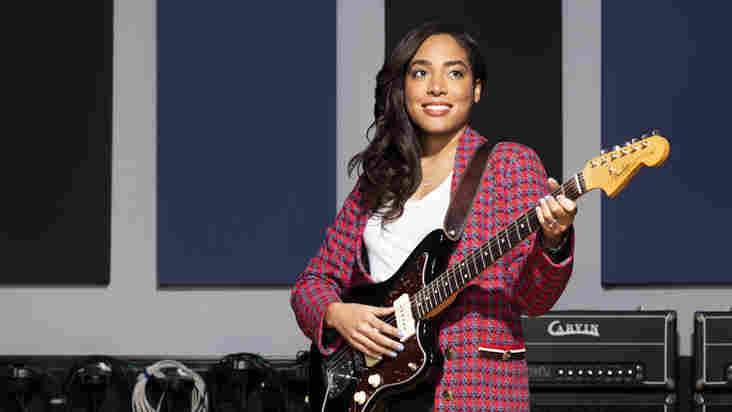 Amanda Jones, a singer-songwriter turned film and TV composer, is the first African American woman to earn an Emmy 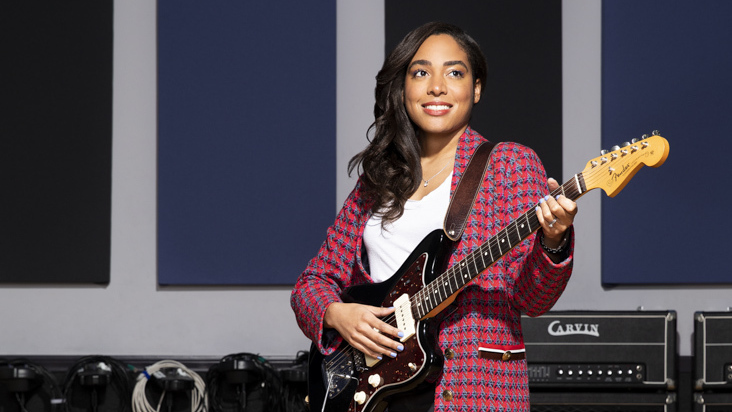 Ian Spanier/Courtesy of the artist

Two years ago, Amanda Jones was at a luncheon for the NAACP Image Awards. She was working for a television studio at the time, and wanted to change directions. When she spotted writer/producer Lena Waithe, she walked up to her and told her she wanted to be a full-time film and TV composer.

Now, Jones has become the first African American woman to nab an Emmy nomination for original television score. Her road to success on the Apple TV+ series Home began with Waithe deciding to take a chance on her.

At the time, Waithe — creator of Showtime's The Chi, screenwriter of the film Queen & Slim and the first Black woman to win an Emmy for writing on comedy series — was developing a semi-autobiographical series about a queer Black woman trying to break into Hollywood. Even though Jones only had a handful of indie credits at the time, Waithe invited her to score the project, which became the show Twenties.

"I love giving someone their first opportunity," Waithe says. "Is there a risk? Sure. But I just think the reward is so much better. Even if that person falls flat on their face, I'd rather have given that person an opportunity, and then they learn from that fall, than not."

Jones was prepared: Having grown up in Jeffersonton, Va., with a Motown-obsessed father, she was already an experienced singer, songwriter and guitarist. "I remember it was The Temptations' 'My Girl' — that guitar line," she says. "When I was four or five, just hearing that was when I first fell in love with the guitar."

Jones played guitar in her church band as a teenager, then went off to Vassar College to become a chemist — but the call of music was too strong. She switched her major to composition, and after graduating she formed a band, The Anti-Job, and moved to Los Angeles, where she tried to keep her expenses low.

"I didn't have a car. I still don't have a car," Jones says. "We always tried to make sure we either broke even on tour, or just made a little bit more.We'd also play breweries or wineries, which actually pay really well, but they're just not as cool."

Seeking a little more stability, Jones became an assistant at the studios of film composers like Hans Zimmer. That led to a job as a music coordinator at Lionsgate Television, all of which made Jones believe she had what it took to compose for film and TV.

"It's a given that you're excellent at your craft," she says. "So, 'Are you cool?' is basically the question — that's not asked, you know, deliberately, but that's what they're trying to figure out."

As it turned out, Jones was cool enough to score for Robin Thede's A Black Lady Sketch Show on HBO, spoofing genres from rom-coms to sitcoms to spy thrillers. That led to working for Ava DuVernay on the OWN program Cherish the Day. Then, finally, came Home, which earned Jones her nomination at this year's Primetime Emmy Awards, airing Sept. 20.

Even though she's only been scoring full-time for less than two years, Jones is already helping others. As a co-founder of the Composers Diversity Collective, she connects producers and studios with underrepresented composers — generating even more new energy and talent.